Top 5 Audiobooks to Add to your Library 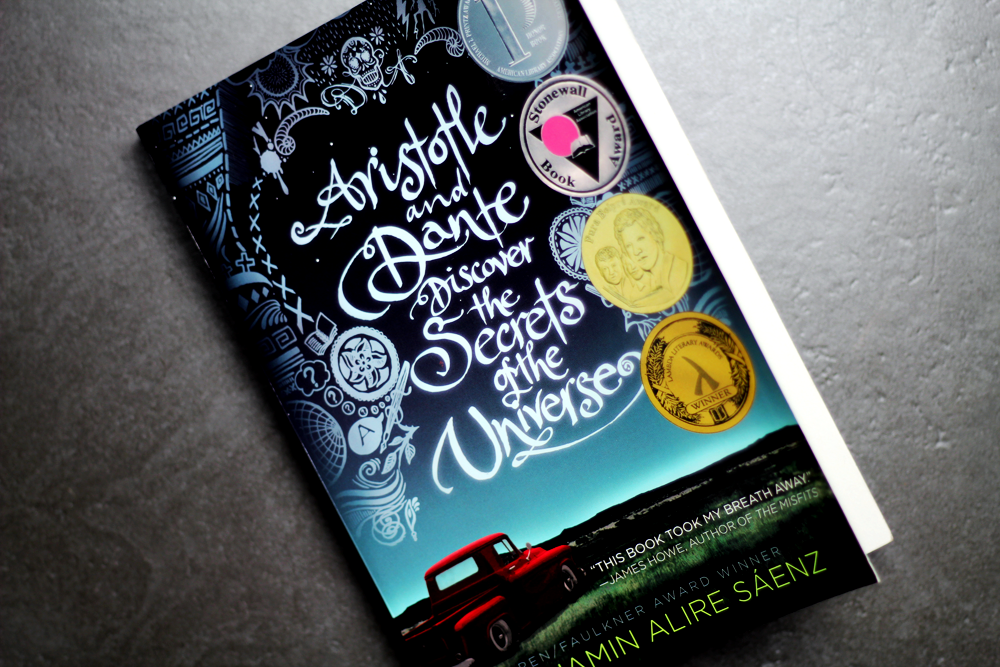 Being a bit of an audio geek, my phone is full of audio content. I have subscribed to fifty podcasts. I have a library full of audiobooks, and an even longer wishlist on my Audible.com account. I listen to audiobooks in particular on long road trips, going to bed, or in the bath (Anywhere where a regular book would be slightly impractical). If you’ve been listening to audiobooks for awhile, or if you’re just trying the medium out (join us!), then here are 5 books you should add to your library right now. 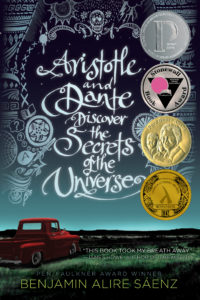 Do you have enough Lin-Manuel Miranda in your life (Probably not, lets be honest)? Have you memorized the score of Hamilton, In the Heights, and Bring it On? Did you pre-order the Moana soundtrack? Still not enough? Then download this audiobook immediately!

In the summer of 1987, fifteen year old Aristotle’s (call him “Ari”) older brother is in prison, and Ari isn’t handling it well. Heading to the pool to cool off one hot summer day, he comes across the book smart Dante. Dante and Ari bond over weird, arcane names and as Dante teaches Ari to swim, they become friends, despite dissimilarities. Aristotle and Dante Discover the Secrets of the Universe is a coming of age story about friendship, culture, and perseverance in the face of adversity. Aristotle and Dante will have the most formative summer of their lives as they grow and mature as people and as friends.

Winner of the Stonewall Book Award, and a Michael L. Printz Honor book, expertly read by the incomparable Lin-Manuel Miranda, this is not an audiobook you want to miss. 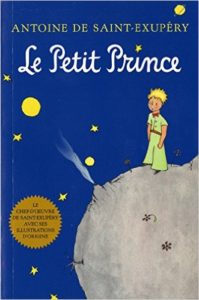 You’ve probably heard a lot about The Little Prince, recently, as its English film has just been released on Netflix. The story, of French origin is, I believe, necessary for any story lover.

For any person who misses being read fairytales at night, The Little Prince is here to help. The unnamed narrator of The Little Prince has forgotten what it was like to be a child. Beginning with his plane crashing in the middle of the Sahara desert, the narrator stumbles across a little Prince, who has arrived on Earth from his planet, which is so small he can stand on it and be seen from space. While the aviator repairs his ship, the little Prince imparts wisdom and tells stories of the other planets he’s visited before crashing on Earth.

Antoine de Saint-Exupery explains this book as “a book for children, written for grown-ups”. A story for the ages of 5-500  (and available in five languages on Audible.com), The Little Prince is the epitome of clever, warm storytelling encased in a nostalgia bubble. It is as popular with children as it is with adults, and it has become a well loved story in French culture. 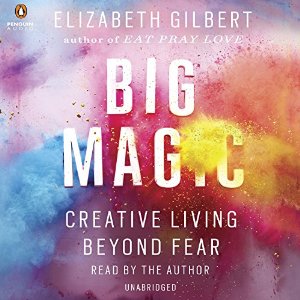 For anyone who is struggling, we are here for you. That is the message of many of Elizabeth Gilbert‘s books. The author of Eat, Pray, Love, The Signature of All Things, and Pilgrims, Big Magic is her most personal book to date.

Elizabeth Gilbert is the queen of self-empowerment. In Big Magic, she imparts wisdom and tips for people who need help with general creativity, self-care, and anything else people typically encounter in their daily walks of life. She dives into her unique creative process, picking it apart and making it bite sized. This inspirational book has helped me personally develop my own creative process.

Narrated by Elizabeth Gilbert herself, Big Magic is the perfect gift for any artist in your life. 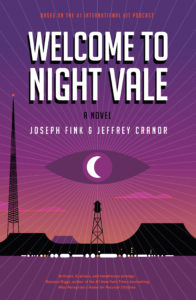 Welcome to Night Vale has taken the podcast community by storm. So much so, that they released a novel! The novel, Welcome to Night Vale tells the interwoven stories of Jackie Fierro (the owner of the Night Vale Pawn Shop), Diane Crayton (a mother concerned about her son and the re-entrance into his life of her ex-husband), The Man In the Tan Jacket, and mysterious scraps of paper with the words “King City” written on them. As Jackie and Diane work together to solve the mystery, Diane’s son Josh is going through some interesting changes, and The Man in the Tan Jacket is, well, I don’t really know much about him to tell you the truth.

Written by Joseph Fink and Jeffrey Cranor, this audiobook is just as weird, wacky, and creepy as the podcast. Narrated, of course, by Cecil Baldwin and featuring special guests Dylan Marron,  Retta,  Thérèse Plummer, and  Dan Bittner, Welcome to Night Vale is perfect for long trips on long, windy desert highways, and through mountains (I mean, nothings) at night. I strongly suggest that any fan of the podcast, any podcast fan who doesn’t know what Welcome to Night Vale is, or any person who likes audio content download this audiobook. 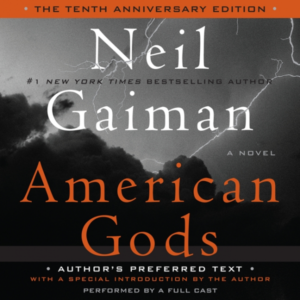 For anyone who gets confused while an audio file is playing when one voice reads the text, before you give up listening to audio content all together, maybe an audio play is right for you.

American Gods is one of my favorite books ever. Forced by a wise professor in college to read it, I fell in love instantly, and so will you.

Neil Gaiman weaves a story that takes the listener through the heartland of of the very young America, and through the hearts of the very old (and very new) Gods and Goddesses who reside there. American Gods is an epic story about how these Gods came to live in America, how they’ve changed since coming to America, and the coming war between Gods old and new for reign over the nation.

This production is an audiobook containing Gaiman‘s preferred text. Beginning with an explanation of lengthening or shortening of scenes, this audio play gives Gaiman fans a rich experience of what it’s like to be a modern writer.  I strongly urge any fans of mythology, Joseph Campbell, or God in general to download this audiobook.