Can you believe it? A year ago, Blizzard’s Overwatch was released across consoles and quickly became a video game phenomenon. From becoming an Esports focus, to winning several awards across the board, it cannot be argued that Overwatch was one of the top games of 2016. It’s popularity worldwide continues to grow. The game reached 30 MILLION players on April 28, 2017.

Throughout this successful past year, there were several themed events that presented players with skins, icons, and themed games. In this article, I highlight the Top 10 Event Skins from the first year.

I’ve limited the skins to those that were earned in events. So Origins Edition and Heroes of the Storm skins (since those are game specific) have been omitted. You’ll notice the Anniversary skins aren’t on the list because, let’s face it, they deserve their own list. 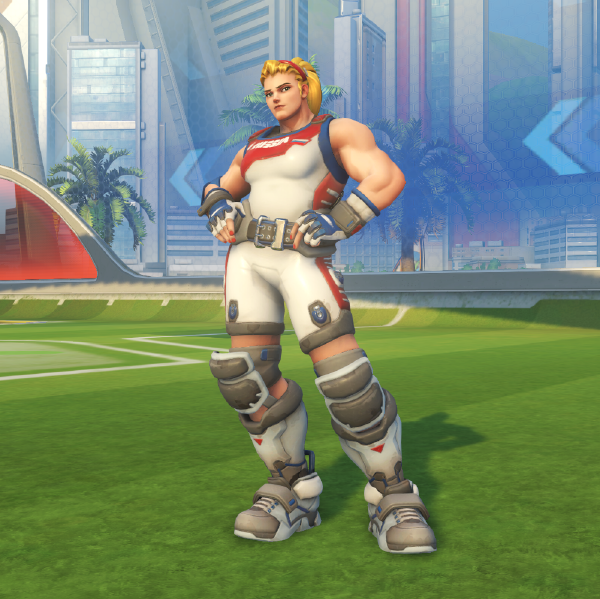 Don’t you love it when an event goes hand in hand with a character’s backstory? Summer Games was the first event presented to us. Zarya, known for her weightlifting and athleticism, appears as a headliner for the Games. Her outfit is based off the traditional Olympic weightlifting uniform, down to her lifting belt. She sports the colors of Russia, and we get a glimpse of  Zarya’s competitive life before joining Overwatch. This skin is not only a celebration of the Summer Games, but a celebration of Zarya’s passions. 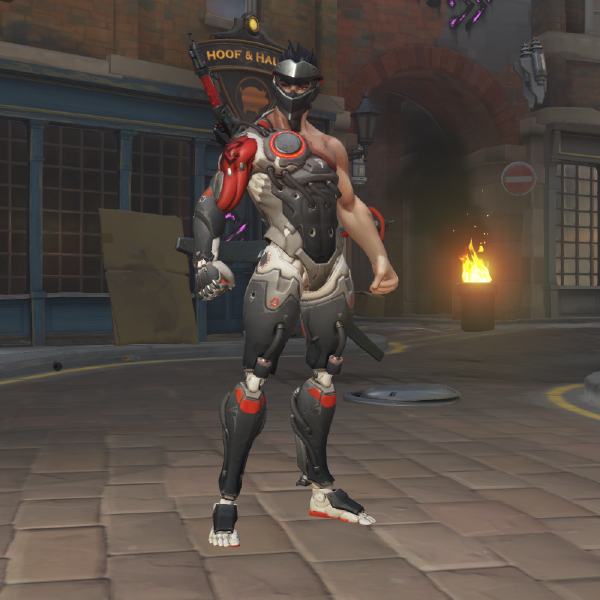 The Uprising event gives us an incredibly eerie Genji through the Blackwatch skin. Occurring after his reconstructive surgery, this is the first look at the now Cyborg-Ninja. The scars on his body, and the red and grey technical suit paint a dire look for our hero. On top of that, we see Genji’s open visor, and some of the facial damage from his near death fight with Hanzo. His hair is still visible, which makes Blackwatch a skin that connects Young Genji and current Genji. In conclusion, while this skin isn’t as “fun” as the others, its always nice to see a different shade of a character. 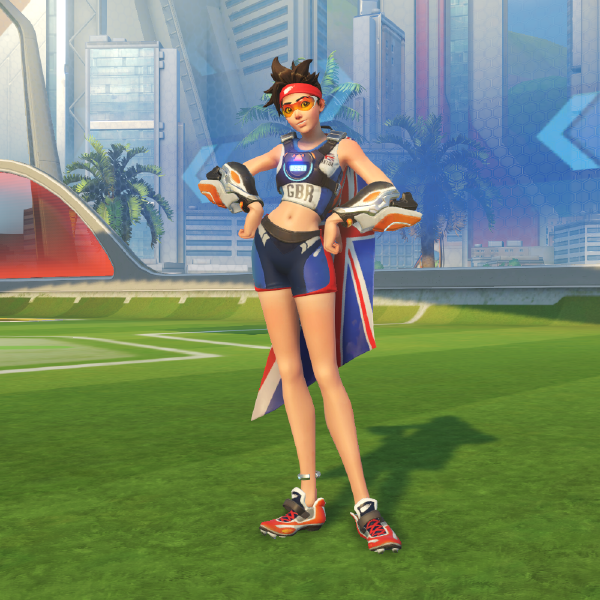 Throughout the entire year, Tracer received a skin with almost every event. Nevertheless, out of all her event skins, Track and Field jumped out at me. A stopwatch replaces her chronal accelerator, and she sports the Union Jack as a cape on the back of her track outfit. I picked this skin over Tracer’s other skins because it was the one that was the most divergent from the rest. The other skins are a variation of Tracer’s original outfit. Yet Track and Field stands out as a completely different sporty look. 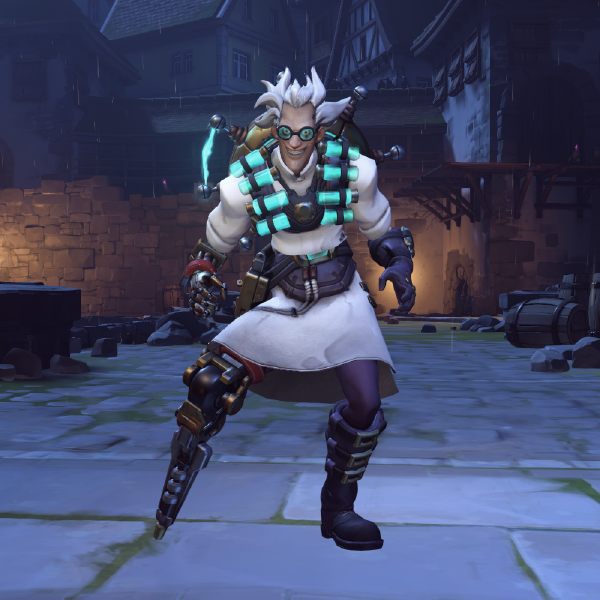 Hands down the best event skin Junkrat received all year. Not only does this skin come with specific voice lines, but the design is so inventive. The details of his white hair and goggles, to the constant electricity buzzing off his Riptire are as brilliant as the Doctor himself. I love this take on a classic film character and Junkrat is the perfect maniac to don the Dr. Frankenstein lab coat! Additionally, I hope to see more film and literature character-themed skins in the future! 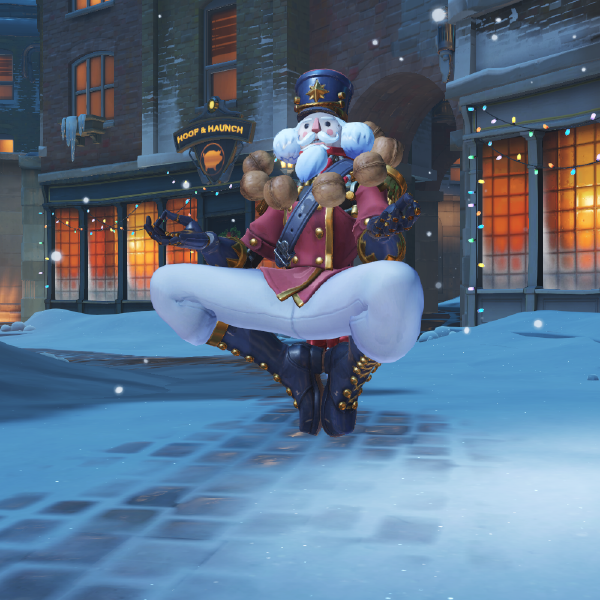 Ever wanted to throw chestnuts at other characters? That heal them AND cause damage? Now’s your chance with this Zenyatta skin! Nutcracker remains one of my favorites in the Winter Wonderland event. You can’t even see the original Zenyatta, it’s that transformative. In particular, the painted wooden face, wig, and uniform are all features that pay homage to this holiday icon. This skin is hilarious as it is remarkable, down to the smallest details. 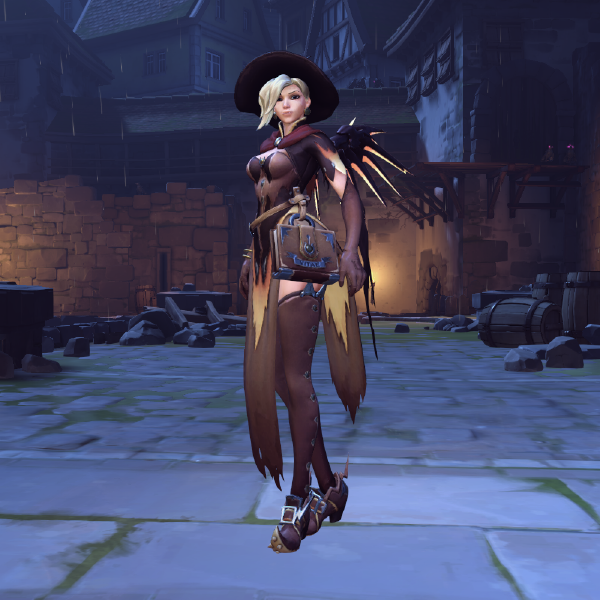 Its difficult to choose just one Mercy skin. She received an assortment of stunning skins this past year. But for me, the clear winner was Witch. Witch appears complete with a witch’s broom as Mercy’s Caduceus Staff, and a book of spells at her hip. These clever design elements are what make this skin stand out. She even has specific dialogue with this outfit! Its a sultry and spooky look for such a kind and gentle character. Overall, Witch remains one of the best skins of the Halloween Terror event. 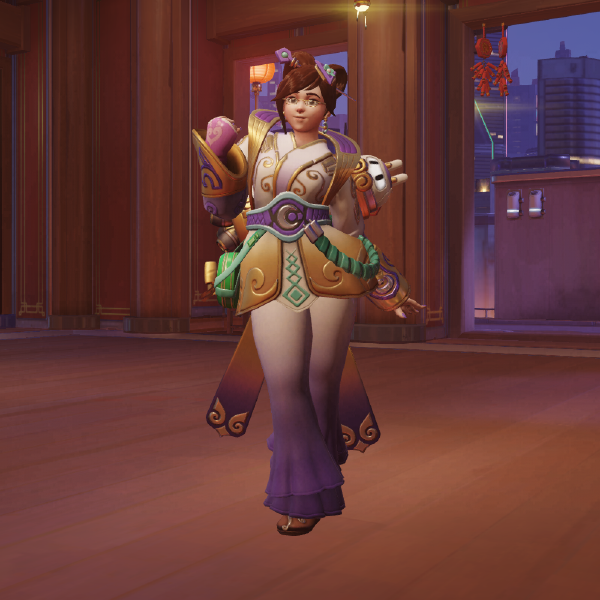 Mei highlights the Year of the Rooster event, and this skin is why. Here, Mei appears dressed as Chang’e, the Chinese Goddess of the Moon. She looks beautiful while adorned with golden accents, accessories, and an elegant huge bow. Even Snowball dresses for the occasion, appearing as a rabbit, the mythical companion of the Chang’e. This outfit deviates from Mei’s snowy norm. We get to see her in a new light in celebration of a new year. 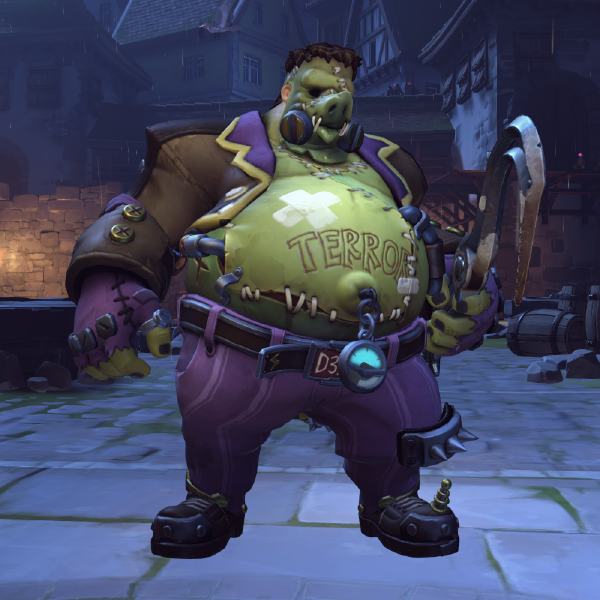 Out of all of Roadhog’s first year skins, Junkenstein’s Monster remains my favorite. First of all, its an excellent twist on a film classic and is perfectly adapted for Roadhog. He rocks the green and black pallets of the traditional Frankenstein Monster. He also appears haphazardly stitched together, with his stomach bursting at the seams. Secondly, I love when two or more skins tie together in a specific way. Dr. Junkenstein and Junkenstein’s Monster are two brilliant skins that tell a haunting simultaneous story. 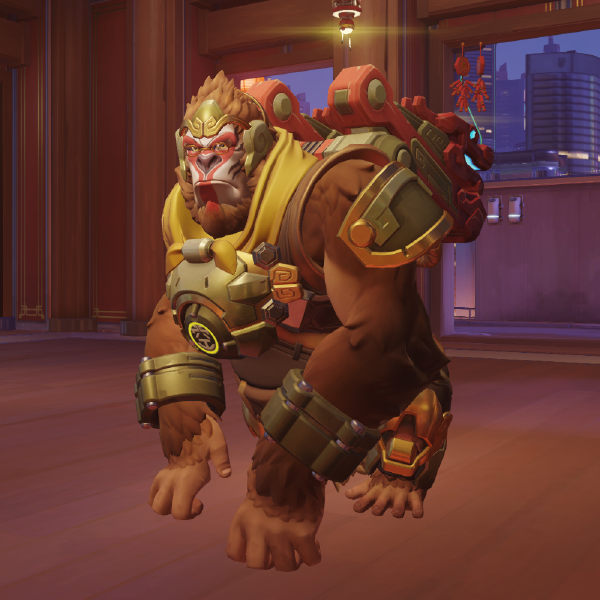 Even thought I do not usually play as Winston, this skin made him stand out to me. The incredible care and detail that went into it is remarkable. What I love about Year of the Rooster is that it does not solely focus on Lunar New Year, but pays homage to Chinese culture. Specifically, the famous novel, “Journey to the West” is celebrated in this event. Overall, Winston as Wukong, the Monkey King, remains a beautiful match between character and event theme.

Speaking of matches, Santaclad is the perfect event skin to character pairing of the year. This skin is impeccable. From the Christmas trees on his back to his Rudloph inspired Turret, Santaclad is a flawless Santa-inspired skin for our own Torbjörn. There are not enough words to express how happy this skin makes me feel. With Santaclad, it’s the holidays all year round.

Do you agree with my list? Let me know in comments below what your favorite skins are. Happy Overwatch Anniversary to all!