If there’s one thing our friends across the pond are good at, it’s comedy. There’s just something about British TV comedies that tickles the funny bone. Perhaps it’s because I have a dry sense of humor or I’ve not-so-secretly wished I was British. Recently, I’ve fallen down the British TV rabbit hole. Quarantine has granted me an overabundance of time on my hands.

Below, I’ve compiled a list of my personal favorite British TV comedies, in no particular order. Peruse at your peril.

Catastrophe is a comedy series from the creative minds of Rob Delaney and Sharon Horgan. It centers on Rob (Delaney), an American abroad in London for a business trip. He has a hot and steamy week-long tryst with Sharon (Horgan) while there. After discovering that Sharon is pregnant, Rob relocates to London. Shenanigans ensue. Antics transpire. Both Delaney and Horgan offer wonderfully layered performances. Catastrophe manages to balance levity and tragedy with aplomb. Oh, and there are plenty of funny bits that parents will enjoy.

The Thick of It 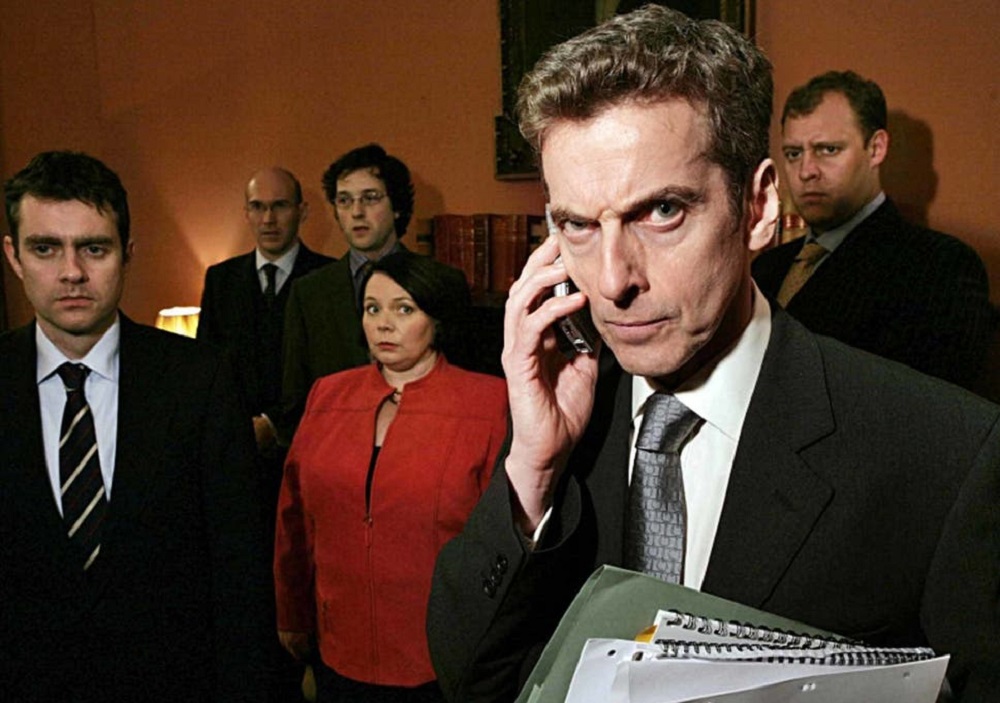 Before Peter Capaldi was traveling in the TARDIS as the 12th Doctor on Doctor Who, he played the foul-mouthed Malcolm Tucker in The Thick of It. The Thick of It is about as dry as you can get in terms of humor. It follows a group of government employees as they attempt to navigate the political landscape, dealing with plenty of scandal along the way. Capaldi’s Malcolm is gruff, coarse, and armed with the mouth of a sailor. However, you can’t help but love him anyway. The Thick of It is devilishly funny, equipped with intelligent jokes and side-splitting performances. British humor at its finest. 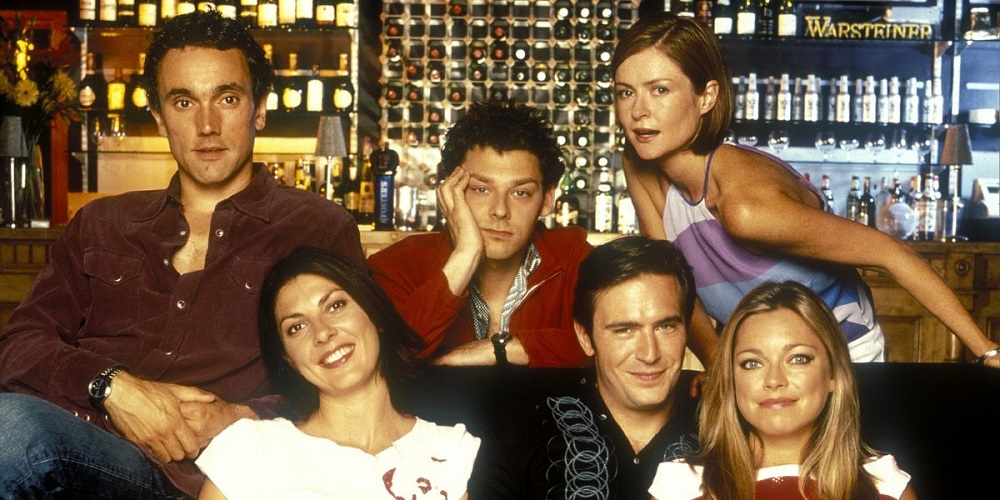 Before running Doctor Who, Steven Moffat spearheaded a lighthearted sitcom called Coupling. I like to think of it as the “Friends“of the UK. Both shows aired around the same time as well. Coupling is your typical whimsical sitcom complete with live audience laughter. It’s just plain entertaining. Much of the show takes place at their local pub. The characters are utterly endearing and relatable. You’ll find yourself laughing those blues away with this classic British comedy. 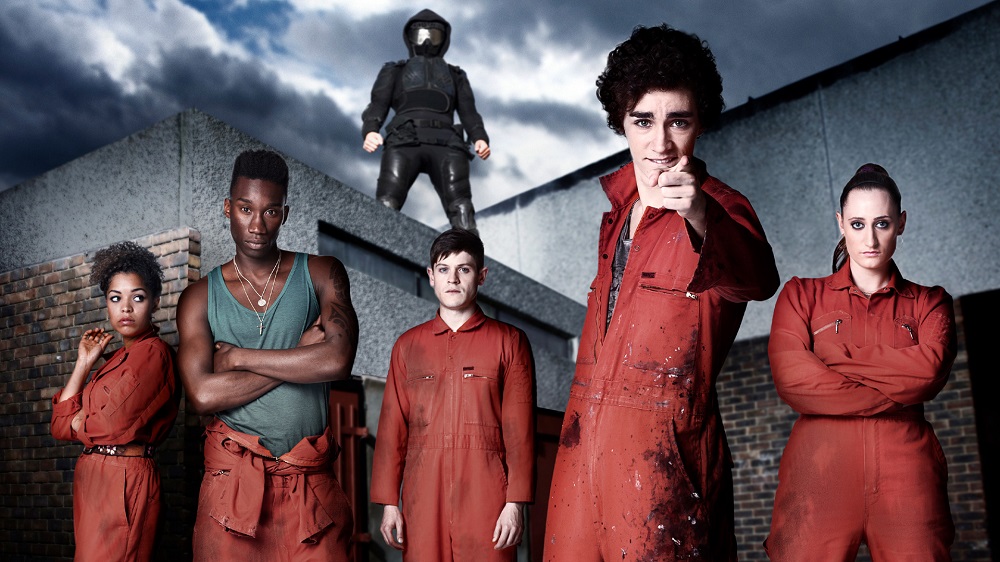 Ah, Misfits. The show that introduced us to the tremendous talent that is Robert Sheehan. Misfits was really my first foray into British TV. It popped that cherry. While Misfits has plenty of dramatic moments and beautifully acted scenes, there’s much more comedy than tragedy. Sheehan in particular has some of the most outrageous lines you’ll ever hear on a TV show. Despite his crude humor and attention-seeking behavior, you find yourself growing attached to him. Misfits is clever, witty, and rife with supernatural malarkey.

“Did you try turning it off and back on again?” That’s the mantra of the core three characters on IT Crowd. This show also boasted a live studio audience. Oh, and you may recognize Matt Berry as Laszlo on What We Do in the Shadows. He’s the polar opposite of Laszlo in IT Crowd, proving that Berry is a versatile and engaging performer. Everyone knocks it out of the park on this show. IT Crowd is a loving, playful homage to nerds. To me, it achieves what The Big Bang Theory failed to accomplish.

The Toast of London

Yes, I have a crush on Berry. So sue me! The Toast of London is a brilliant satirical look into serious actor Steven Toast’s fizzling career as a London performer. Berry oozes charm in this. The Toast of London is a unique beast — occasionally, the characters will burst into song for seemingly no discernible reason. I dig that. There are plenty of running jokes throughout the comedy’s tenure. Berry is, once again, one funny fellow.

Here’s another Jack Whitehall-led British TV comedy. Bad Education follows teacher Alfie as he attempts to navigate school life with a slew of raging adolescents. Alfie is a pretty poor teacher, who generally slacks off and coasts his way through his lessons. However, his burgeoning bond with his students over the course of the series is hilariously touching. Inevitably, Alfie learns more from his students than they do from him. Bad Education proffers a style of humor that’s not for everyone — some may think of it as more “crass” than wholesome. I suggest not watching this show with your young ones. 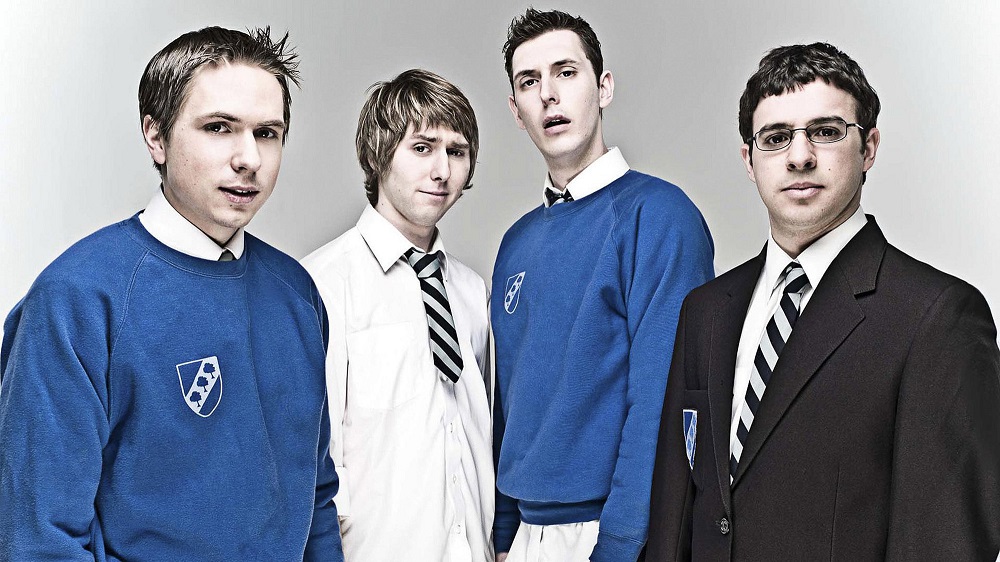 The Inbetweeners follows four best friends and their antics as they complete their final years in school. You know, teenage boys and all the dilemmas therein. The Inbetweeners is legitimately laugh-out-loud funny and rife with bizarre scenery you won’t see elsewhere. While it may not resonate for non-teenage boys, just remember that we were all teenagers once. Those experiences tend to be universal. The Inbetweeners will remain timely and relevant for years to come as new generations discover it.

What are your favorite British TV comedies? Sound off in the comments below!