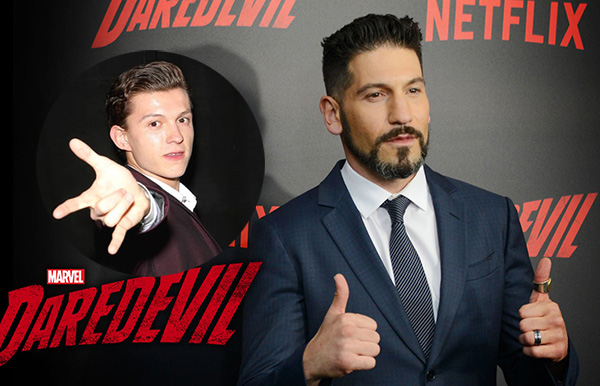 We all know Tom Holland has been fantastic in the MCU, on and off screen. It appears he was helping long before he was actually cast as our favorite web-slinger. During an interview with Variety, The Punisher himself Jon Bernthal told them the story of how he auditioned for the role. And just how Tom Holland helped in that process.

Both actors were filming Pilgrimage while they were both trying to land their respective roles. During their breaks, they would help one another with their audition tapes. Bernthal helped Holland by reading lines off camera. Holland, however, was more involved on Bernthal’s audition. “They use mock scenes, but it was a man telling this young boy about shooting a deer — describing the moment of killing a deer, I believe. We had to play that the deer was there and I see him getting ready to kill it. He was off camera and we were like, ‘get in here and do it with me.”

Bernthal also went on to compliment Holland, as they bonded while filming. “I can’t say enough good things about Tom. He’s got strength and talent and fortitude that’s not only remarkable for someone his age, but for someone period.” He complimented him further by emphasizing his determination. Bernthal also took a moment to recognize that Punisher means a lot to many people and hopes he does the material justice.

RELATED: Our First Look at the Assembled Cast of THE PUNISHER

This was a nice little story about both these actors. It’s great to hear how they landed their roles and how they were part of the reason why the other got the role. And to Holland’s credit, he got double the audition with Marvel being in Bernthal’s audition tapes!

What do you think of their audition? Are you looking forward to seeing The Punisher later this year? Let us know and be sure to come back to Geek Girl Authority for more fun Marvel news. There is no release date scheduled for The Punisher.