Home » TV & Streaming » All the Rest » Tom Hanks’ 9th Appearance as SNL Host Does NOT Disappoint!

Tom Hanks’ 9th Appearance as SNL Host Does NOT Disappoint! 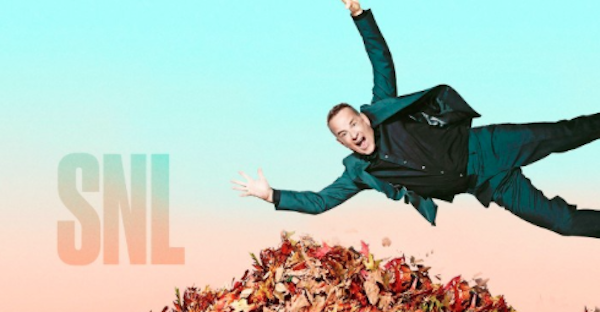 Last night was Hanks’ 9th turn as host, and he proved just that.  He was loose and as funny as ever.  He played America’s dad, and gave us a good old fashioned talking to.  He reprised his recent role of Sully to give us a little window into Captain Sullenberger’s control issues.  And, he gave us a Halloween character that no one has ever seen, or will most likely ever see again.  So weird.

But most notably, in my opinion, he gave a hilarious performance in one of the funniest sketches of the night as Doug, the only white contestant on Black Jeopardy.   This sketch is so well written and so well acted by all involved (Kenan Thompson, Leslie Jones, Sasheer Zamata).  I watched it about 4 times in a row.

Check them all out here, and remind yourself why Tom Hanks still deserves to be America’s Sweetheart.