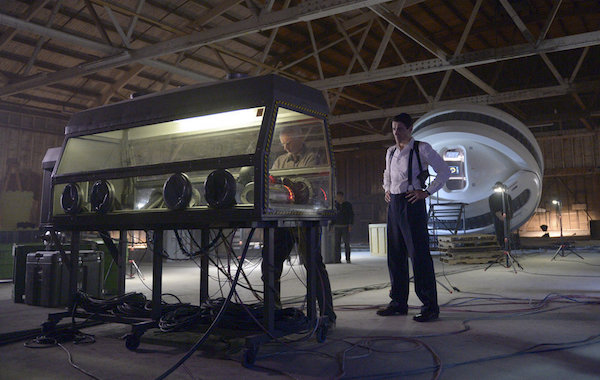 I think I can actually keep this short this week. Basically it’s James Bond and Nazis, with Indy Jones undertones.

In the present, we get answers to some of the time-travel questions that have been bugging me thus far. I mean, maybe you don’t care how Logan, Rufus and Lucy get geared up in period wardrobe for every trip, but it’s good to know that billionaire Mason has a warehouse-size storeroom at the ready full of racks of clothes for every conceivable historic period. It’s ridiculous, but at least now we know.

More importantly, time-travel tech Jiya has determined how to pinpoint the mothership’s location. But Logan’s SWAT-style team of commandoes just barely misses Flynn and Anthony before they disappear into 1940’s Germany. And we in the audience know that Anthony has managed to do science-y stuff to the Christy pit (i.e. nuclear bomb core) stolen from the 1960’s in the last episode that renders the radioactive material safe for transport via time machine. Oh, noes! They have an atomic bomb, and based on the opening scenes of the titular Castle Varlar, they might be taking it right to Hitler himself! Anyway, I think it was Hitler. Hard to tell from the back of his head. (All hail Timeless, the best show ever at casting back-of-head look-alikes of historical figures.) 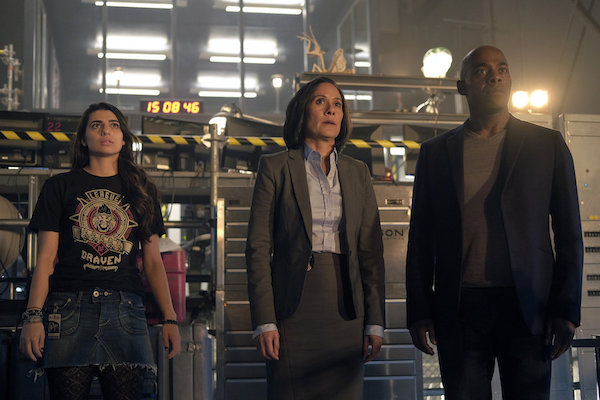 Jiya, on the left, could take over as pilot in a heartbeat. Not that I’d want anything bad to happen to Rufus…but he is a spy, is all I’m saying.

So our team heads back to stop whatever Flynn has planned. (Don’t worry about the language barrier: Logan has announced that he speaks four languages. *cough*) Upon arrival Logan kills two soldiers in the time it would take you to say “alternate timelines,” then they infiltrate a nearby tavern where they are immediately identified as Americans by an undercover British naval intelligence officer named Fleming. Ian Fleming.

Yes, folks, it’s true: the creator of 007 James Bond was in fact a spy himself, and a pretty good one, according to the historical record, who commanded not one but two different teams of operatives. Maybe the most fun thing about teaming him up with our heroes is that Logan is apparently an unabashed Bond fan-boy, and seems almost giddy about working with the closest thing to a real-life 007 that perhaps ever existed. 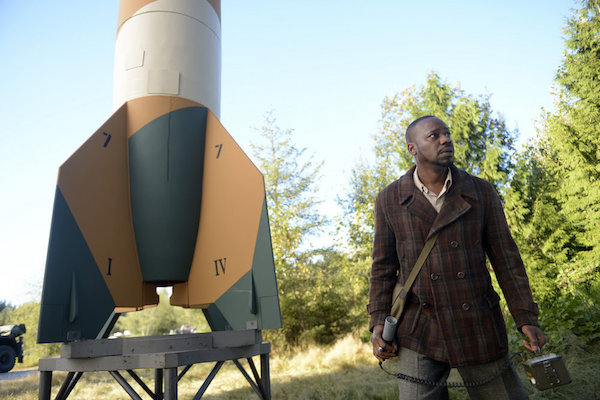 In the words of Inigo Montoya, “There is too much. Let me sum up.” Our team suspects that Flynn wants to strap his nuke to a nearby rocket, maybe to shoot at a population center in Belgium, maybe to change the outcome of World War II. But they soon learn differently: The rocket is nuke-free. Just as they realize this, they are forced to scramble for cover as Flynn arrives with some Nazi baddies and the legendary Wernher von Braun, the rocket scientist who wound up in the U.S. eventually and led NASA in sending the Apollo mission to the moon. Lucy realizes what’s really going on: Flynn is planning to deliver von Braun to the Soviet Union, an act which would have monumental consequences on the history of the Cold War and the Space Race.

The rest of the episode focuses on the team-plus-Fleming plotting to get to von Braun first, at the titular party. As they plan, Rufus gets some important perspective from Fleming on being a spy: “Never trust. Only the mission.” Rufus seems to take this to mean that his loyalty to Lucy and Logan should count for more than Rittenhouse. (Whatever the fuck that is. Seriously…) We also get a heart-to-heart talk between Logan and Lucy, where Lucy tells about how she once almost died in a car accident. The rest of her life has been spent trying to keep events under her control, and she looks to Logan for advice as she feels her life careening wildly. (Time travel will do that to you.) Logan, who reveals that his own life has been spent trying to measure up to his war-hero grandpa (likely fighting somewhere just a couple hundred miles from Castle Varlar), offers Lucy some decent advice: “Figure out what you’re fighting for and you’ll be okay.” 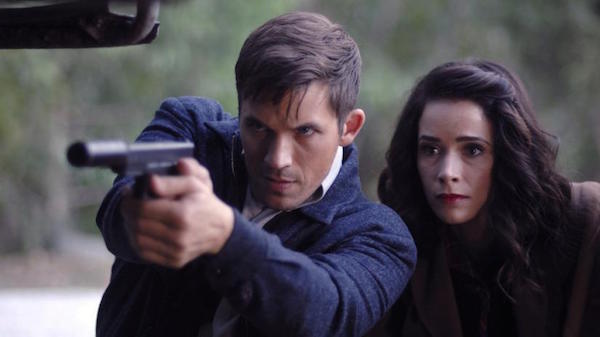 Yes, Logan, definitely shoot at something. That always helps. *sigh

It’s true, we don’t really know what Lucy’s motivation has been to remain involved with extra-curricular TT activities, especially since it’s clearly traumatizing her. Only the lure of seeing for herself the history she’s studied her whole life offers a possible m.o. But you’d think after seeing Lincoln assassinated in front of you, and having your sister erased from existence, would make a person say, “Thanks, I’m done! Buh-bye!”

Did I mention Fleming flirts with Lucy? The most fun part of this is Rufus saying to Logan, “Dude, James Bond just hit on Lucy,” and it’s not at all clear which one of them Logan envies.

At the party, Flynn recognizes and confronts Lucy just as she and Fleming are about to grab von Braun, then makes like he’s going to hand the pair over to the Nazis. (Flynn tells Fleming, “I love your movies.” This episode definitely contains the show’s best dialogue so far.) Just when it seems like she and Fleming are done for, Rufus and Logan blow up the rocket outside, creating havoc and an ensuing panic. The four escape with von Braun to a parlor in the castle, where Lucy uses her “remembering all the important historical details” superpower to identify the castle as likely having secret passages. (Hidden passages in a Nazi castle—the writers are clearly Indiana Jones aficionados as well as 007 enthusiasts.) They escape through the fireplace, which is apparently too tricky for Flynn to figure out. 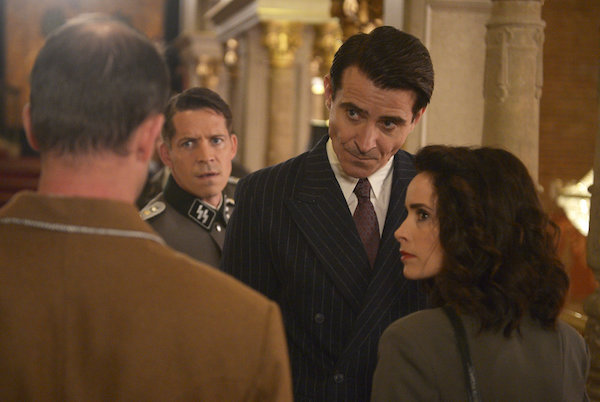 The Nazi in the foreground appears to have rudely interrupted Lucy, Flynn and Fleming as they were enjoying a private conversation. Nazis are the worst, am I right?

We get some heartfelt goodbyes next, and brief scene in which Rufus confronts von Braun about science and ethics. The legendary rocket scientist is unapologetic about helping the Nazis create the V2 (used to obliterate London), suggesting that science advancing is more important than the means by which it advances. Rufus is clearly horrified. When they get back to the present—after a scene in which we learn of a previously non-existent Bond novel featuring our heroes as characters—Rufus confronts Mason and tells him that he’s done spying for Rittenhouse. Which is all well and good until a Rittenhouse agent (!) uses scary technology to mess with Rufus’ car so he can approach the time-machine-pilot and make vague threats against his family. Backed into a corner, Rufus will continue to spy for the still-way-too-mysterious Rittenhouse—we assume.

First, Lucy decides that she’s fighting for her sister being restored to existence. She threatens to withhold her assistance with future missions if Agent Christopher and her team don’t make correcting the timeline a part of the mission. “That’s my price,” Lucy says, and Christopher seems to take her seriously.

Second, we learn what Flynn’s Christy pit is really for: battery power for the mothership. Anthony announces it will last 300 years, which seems odd. That’s a little like thinking your tank of gas will last a week. Doesn’t it depend on how far and how fast you drive? 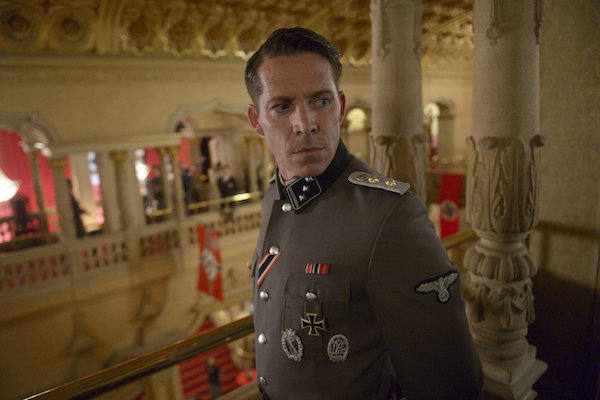 Fleming is the best-yet use of a historical figure in a Timeless episode, even if the real Fleming was way more goofy-looking than actor Sean Maguire. 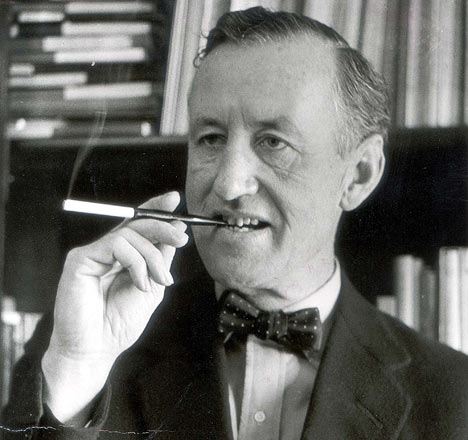 TT Integrity: Scoring better this week. We’ve got answers to the annoying questions about why Flynn had to keep bringing the mothership back to the present, as well as an end to that very stricture. But points will be deducted for the assertion that the new power source will last 300 years. Does that mean if they time-travel once a day? Once a week? And do all trips in time use the same amount of power, regardless of the number of years, i.e. the ‘distance?’ Obviously, your mileage may vary. One bonus point awarded for the warehouse full of costumes.

Determination: 6.5 wormholes on my 10-wormhole scale.

TT Narrative: Really good stuff this week. Ian Fleming makes a fascinating addition to the story, and the actor playing him is charmingly Bond-ish yet believable. While I found the story of Lucy’s college-years brush with death to be a bit hackneyed, the episode was otherwise fairly adept at fleshing out character motivations; the introduction of our heroes to Fleming by way of time travel had more than a little to do with that. But we still don’t know what Flynn’s goal is—so that’s annoying—nor why delivering von Braun to the Soviets would make him, in his words to Lucy, “a patriot.”

The most awesome community theatre wardrobe locker in all of time and space.

RELATED: How Your Favorite Time-Travel Movies Gets Time Travel All Wrong