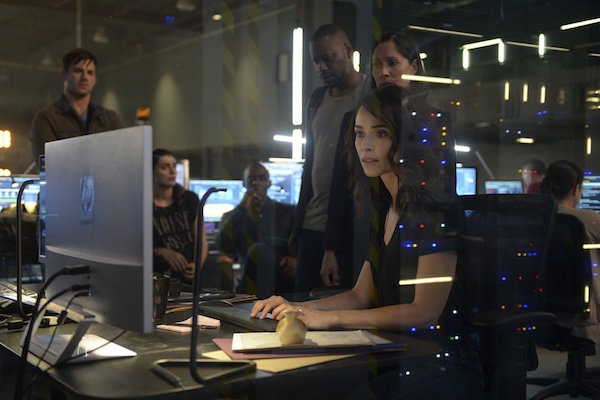 Let’s see if I can keep this short this week.

Episode 3 of NBC’s Timeless is the first to open in the present day. I’d rather hoped it would, since episode 2 ended with Lucy arriving home in time for her engagement party. Remember how she’s engaged to a man she never met before? Because alternate timelines, and so forth? I was really hoping to watch her deal with the awkwardness of a party full of people she doesn’t know, and pretend to dote on the fiancé-stranger.

Instead it was me who felt awkward. The first thing we see is the morning after the party, and Lucy’s fiancé walking around in his underpants. Hello? Rewind, please! Did they sleep together? How far is she taking pretending to know him? I sort of get my answer when she recoils a bit from his caresses. She must have said “I’m tired” or something. Still, this whole subplot is creeping me out almost as much as The Time Traveler’s Wife did.

RELATED: How Your Favorite Time-Travel Movies Gets Time Travel All Wrong 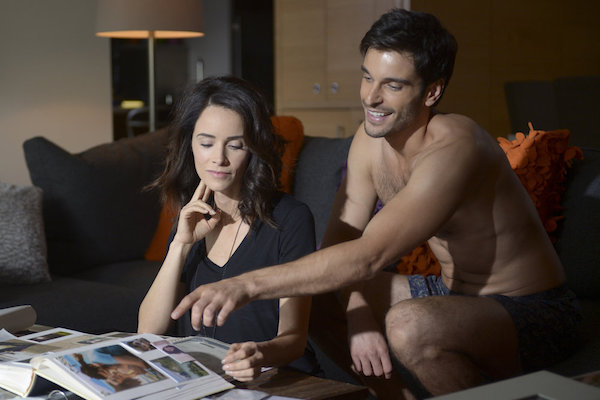 Him: Remember that one? Good times…
Her: Do you own a robe, maybe?

Back at Time Travel HQ, Jiya has identified Flynn’s latest leap into the past as carrying him to Nevada, 1962—and suddenly a huge question leaps to mind, shame on me that it took so long. The question: how do they track the mothership? And since they obviously can, why haven’t they tried to track his location after he leaves whatever era he’s trying to screw around with? Where is Evil Time Travel HQ?

I’m happy to report that the writers at least attempt to grapple with Lucy’s awkward predicament and the gaping plot hole that I just identified. But I can’t say that I’m satisfied.

As we arrive in Vegas, baby, we get to be horrified by the sight of a massive nuclear explosion, at a distance we presume is safe (everybody is treating it like a daytime fireworks display) but sure doesn’t feel safe. Just one of many nuclear tests conducted in that era—Lucy explains that Vegas was “Atomic City” long before the “Sin City” moniker took hold.

The mushroom cloud is not Flynn’s work, but it’s not a coincidence either. Nukes are his shopping list, apparently. Our heroes infiltrate the Sands Casino as waitstaff, are treated to a performance by none other than Frank Sinatra, and then manage to prevent Flynn from leaving with Judith Campbell, JFK’s mistress and the pre-Lewinsky Patient Zero for modern-era political slut shaming. (I recommend looking into Campbell, whom I knew little about. She turns out to be as fascinating as Lucy tells her she is, and she suffered a life of scorn and scarlet-letter-wearing while her famous lover became an icon and martyr.) 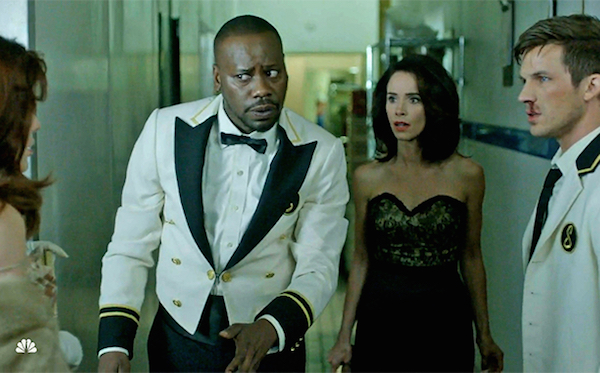 What do you mean you don’t want us to help you? Don’t we look trustworthy to you?

Flynn’s plan is apparently to threaten to reveal Campbell’s affair with JFK and ruin them both, in order to force her to use her feminine wiles to steal the keys from a general who has access to nuclear material. It’s a bit convoluted, frankly. Apparently Flynn only knows history’s headlines (JFK, Vegas, mistress, nukes). Maybe if he knew a little more historical nuance he wouldn’t have had to stalk Campbell, take compromising photos, and rely on her ability to distract the general for long enough to find and pocket his keys. Seems like lots could go wrong with that plan, even without our heroes getting in the way.

Eventually, of course, it works. Campbell, terrified of the photos becoming public, escapes from Logan and finds Flynn. She does as he asks, and now Flynn has a Christy pit, i.e. the core component of a nuclear weapon. Our heroes give chase, but Flynn gets away with the bomb.

Oh, did I mention Matt Frewer is finally given some screen time? Early in the episode, Rufus swears to Mason that his friend, the kidnapped Anthony Bruhl (Frewer), is a victim in all this, in spite of some evidence to the contrary. But when Rufus finds Anthony getting drunk in the Sands lobby, his attempt to rescue his friend is rebuffed. The scientist is there of his own volition, it seems, and while he appears to have affection for Rufus, it doesn’t stop him from pulling a switcheroo: he pretends to surrender the bomb core to Rufus after the chase-through-the-desert-plus-shootout, but it turns out to be an empty briefcase. 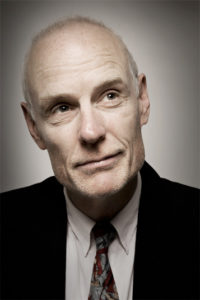 Matt Frewer, shown here wondering why there are no stills from his scenes in episode 3 of Timeless available anywhere online.

This episode also gives us a brief peek into Flynn’s world. We see him and Anthony having a very intense conversation about collateral damage. Apparently Flynn really, really wants to erase Rittenhouse from history, and would even kill Anthony’s friend Rufus to do it.

Once more, with feeling: What the actual fuck is Rittenhouse? They are going to have to start making me care about this, and soon. The time for being coy about whomever or whatever is Rittenhouse is over.

Anyway, our heroes fail. Flynn and Anthony and the available henchman bury the bomb core, then travel to the present day to dig it up. (I guess bringing a nuclear core onto a time machine is a no-no? Noted.) Logan, who has attempted to prevent his wife’s death by sending her a telegram, also fails. But he scores points (as do the writers) for explaining to Lucy, “Hey, it worked in Back to the Future 2.” Yes, it did, Logan. Yes, it did. 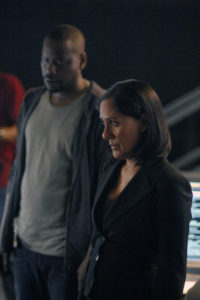 This is Denise. She runs Time Travel HQ. Her official title is Boss Lady, I think.

Now let’s return to my earlier issues, and how they get addressed. First of all, someone finally asks Jiya whether she can track the mothership in the present day. Turns out that yes, she can. Fine, okay, good. But then follows my next question: Why would Flynn hide out in the present day? He could chill in the Old West, or ancient Sumeria, or on the site of Time Travel HQ in the year 1,000,000 B.C…. You know, just to screw with them.

If there are good, non-arbitrary reasons for Flynn always returning to the present day, we haven’t heard them yet. With respect to both TT mechanics as they operate in Timeless and to Rittenhouse, it’s just about time for the show’s creators to start getting serious. Otherwise, the show is just going to start to feel intentionally goofy.

Next: Lucy’s fiancé. (Does he have a name? Who cares, really?) Lucy leaves him, which makes sense since she doesn’t know him, which is already making things really awkward. She tells him she needs some time to think, will stay with her mother for a few days or maybe weeks. And then the most unbelievable, preposterous, laughable thing that has happened on Timeless thus far happens: he understands. 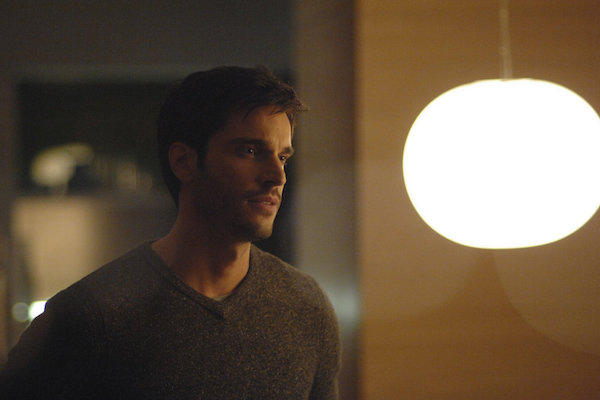 You’re leaving me? For an unspecified period of time? No problem, take my car. Need my debit card?

I mean, like, he understands immediately, instantaneously. He wishes her well and promises to be there for her. Not once does he even furrow his brow. Folks, I consider myself to be a nice guy, pretty understanding, and totally supportive of my wife. But if while we were engaged she had ever told me she needed to move out for a while to think about things, well…I don’t know what I would have done. But I bloody well wouldn’t have smiled the whole time. I’d at least cry, or get angry, ask her if she’s dumping me, something.

This is a show about a time-traveling history professor trying to foil a time-traveling terrorist’s schemes, but this…this absurd level of good-boyfriendism is just too much for me to adequately suspend my disbelief.

TT Integrity: Scoring low this week. The tracking-Flynn’s-whereabouts thing is really bugging me. I’d like to say that Logan’s failed telegram-to-the-future attempt to save his wife’s life and the BttF2 reference are mitigating, but really it just raises more questions that could have been easily answered, i.e. why did it fail? Western Union screw-up with delivering a 54-year-old message? Logan’s wife ignored it? Or are we still saying “certain things are fated to happen but others aren’t”? Whichever, the ambiguity is bugging me.

Determination: 4.0 wormholes on my 10-wormhole scale.

TT Narrative: The fiancé thing is bugging me. But I’m still enjoying the cavalier attitude toward interfering with historical events. Lucy expressing admiration for Campbell was kind of a great feminist moment, though the dialogue written for Campbell was mostly tough-broad clichés that were hackneyed even in 1962. Another great moment of social commentary: Rufus realizing that a black man is basically invisible in that era (and taking advantage of the fact). But ultimately we’re gonna have to score low here, too, because of the elaborate Rube Goldbergian nature of Flynn’s scheme to steal the bomb. That’s the best he could come up with from Lucy’s notebook? She must be a terrible history professor.

By the way, wouldn’t her notebook indicate how they plan to foil him each time? A most inconvenient paradox…

When handling fissile nuclear material, it is important to look very concerned.