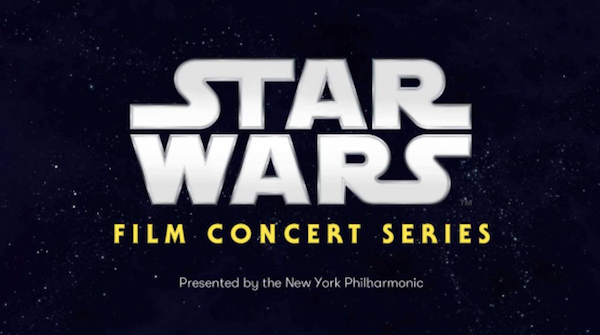 If you’re feeling like you’re in some kind of rut watching Star Wars films lately, take heart.  I’m not sure why you would, but you know, it happens.  The New York Philharmonic has the cure for what ails you.  Now you can hear the scores to those films LIVE!

RELATED:  May The 4th Be With You – Here Are 4 STAR WARS Podcasts You Should Be Listening To

From September 15 to October 7, 2017, the New York Philharmonic will perform their Star Wars Film Concert Series.  The series will “feature screenings of the complete films, A New Hope, The Empire Strikes Back, Return of the Jedi, and The Force Awakens with Oscar-winning composer John Williams’ musical scores performed live to the films.”  This according to StarWars.com.  The series will be performed at the David Geffen Hall in New York City, with conductor David Newman.

This is so cool.  First of all, there is something truly magical about being in a room full of live orchestral music.  If you’ve never done it, do it.  The energy, emotion and connection that’s created with that level of sound is visceral.  You can feel it in your body.  And, as emotional as we all get when we hear John Williams‘ music, hearing it live might actually make me cry.  No?  Only me?  Liars.

Tickets went on sale for Star Wars Day, yesterday.  You can get them now at nyphil.org