Home » Movies » Thor: Ragnarok is a Wrap with Live Video From Set and First Look at Tessa Thompson in Make-Up as Valkyrie!

Thor: Ragnarok is a Wrap with Live Video From Set and First Look at Tessa Thompson in Make-Up as Valkyrie! 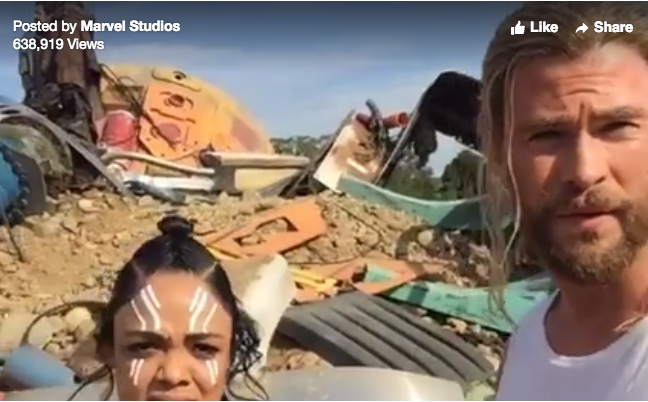 Thor: Ragnarok has been filming down on the Gold Coast in Australia for a few months now, but as of yesterday, filming is wrapped for the film that is being called by some within the studio one of their weirdest films yet. This is saying a lot considering just how weird Doctor Strange is.

To celebrate the wrap, director Taika Waititi did a Facebook Live event showing viewers around the set of what looks to be some junk yard in space. But, perhaps the biggest reveal was seeing actress Tessa Thompson in some of her make-up as Valkyrie. This marks the first time we’ve seen anything from set like this and gives us an idea of what we might expect from her character. 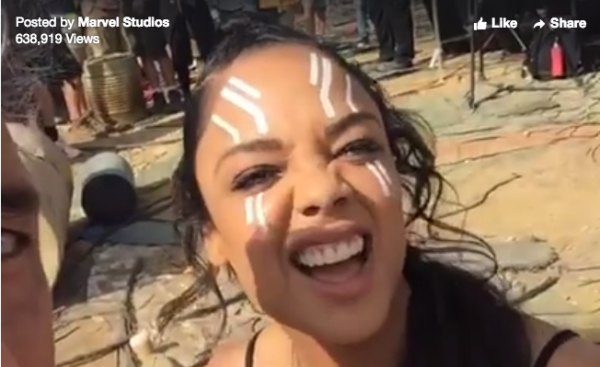 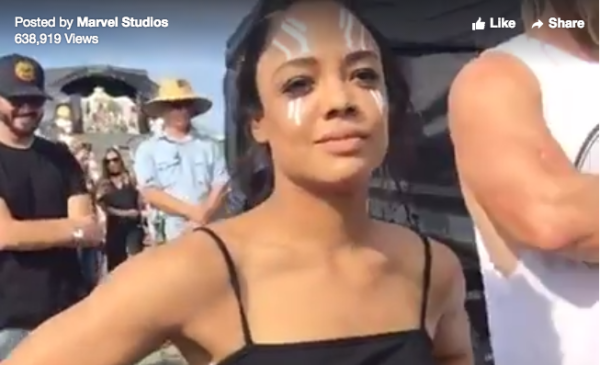 In the comics, Valkyrie is a traditional viking warrior with the brumhilde breast plate and long blonde hair. However, that is not what we will see with Tessa Thompson. Unless they are trying to pull the wool over our eyes with this video, it seems that earlier rumors of her appearance are true and that she will have a bit more of a tribal, somewhat aboriginal appearance to her. 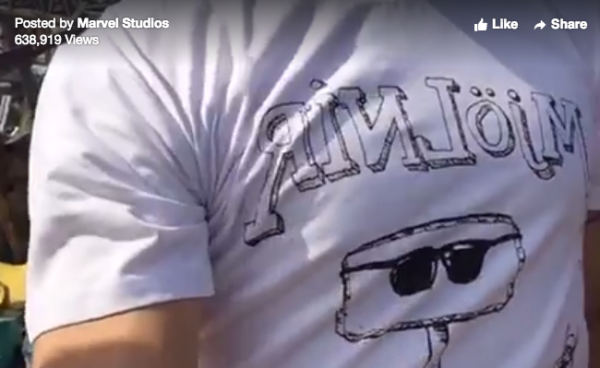 And then, the Facebook Live session ended with a shot of what must be the greatest shirt ever made of all time. Mr. Waititi was wearing it and it’s just a rough drawing of Mjolnir in shades holding a tiny Thor.

We want one. We all want one. 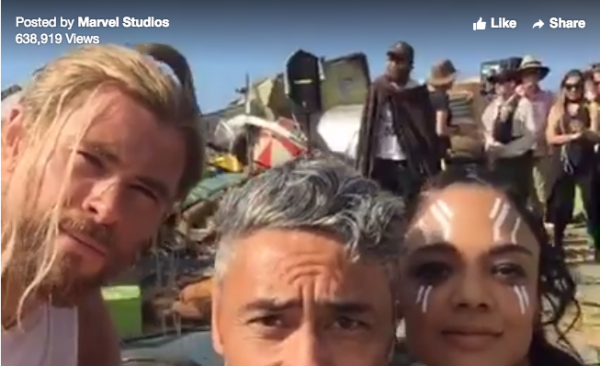