Finally! Thor returns in the third installment of this Marvel trilogy.  Check it out!

The story takes place after Avengers: Age of Ultron, as Thor (Chris Hemsworth) returns home to Asgard.  We get a good look at Hela (Cate Blanchett) as she destroys Mjolnir.  Hela declares “Asgard is dead” and burns Odin’s kingdom, leaving Thor without his primary weapon and a home.  Thor is transported to Sakaar where he is imprisoned by Valkyrie (Tessa Thompson).  She introduces Thor to the Grandmaster (Jeff Goldblum) as a contender.  Thor is forced into a gladiator arena.  His first opponent is…The Incredible Hulk!  Thor screams in delight, saying that he is friends with the Hulk.  The Hulk isn’t very friendly. 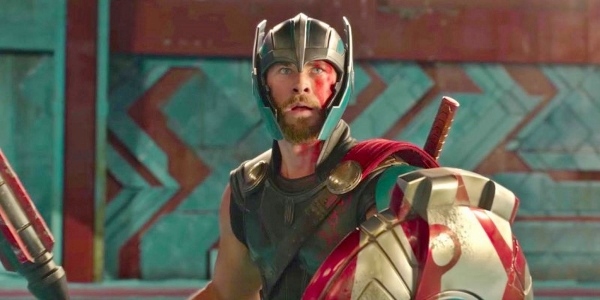 “Imprisoned on the other side of the universe, the mighty Thor (Chris Hemsworth) finds himself in a deadly gladiatorial contest that pits him against the Hulk (Mark Ruffalo), his former ally and fellow Avenger. Thor’s quest for survival leads him in a race against time to prevent the all-powerful Hela (Cate Blanchett) from destroying his home world and the Asgardian civilization.”

Tom Hiddleston returns as Loki.  He was pretending to be Odin at the end of Thor: The Dark World. In the trailer it looks like Loki is preparing to fight…possibly on Asgard.  I’m sure we’ll get a good explanation as to where he is and how he ended up there.

And from Doctor Strange, we know that Thor asks for the Doctor’s help to find Odin.  Just where did Loki send him?

How did Bruce Banner get on Sakaar? 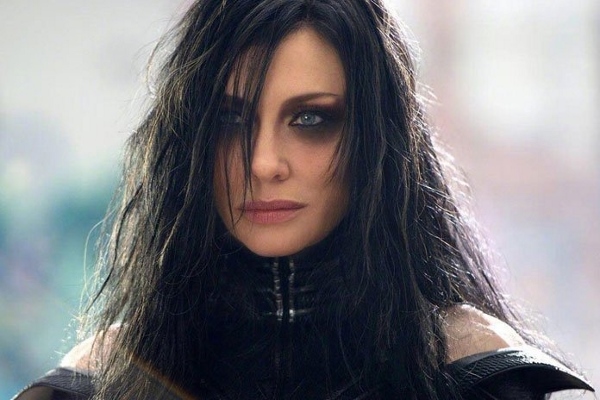 Cate Blanchett looks amazing as Hela!  If you’re not familiar with Norse mythology, Hela is the Asgardian goddess of Death.   She rules over Hel and collects the souls that do not go to Valhalla.  Hela’s strength is equal to Thor’s and she is immune to magic.  This battle should be interesting!

There is a glimpse of Karl Urban as Skurge.  Benedict Cumberbatch will make an appearance as Doctor Strange.

Taika Waititi (What We Do in the Shadows and The Hunt for the Wilderpeople) directed the film.  And from the trailer, Waititi’s humor already comes through.  I’m excited to see what else he has in store for us!