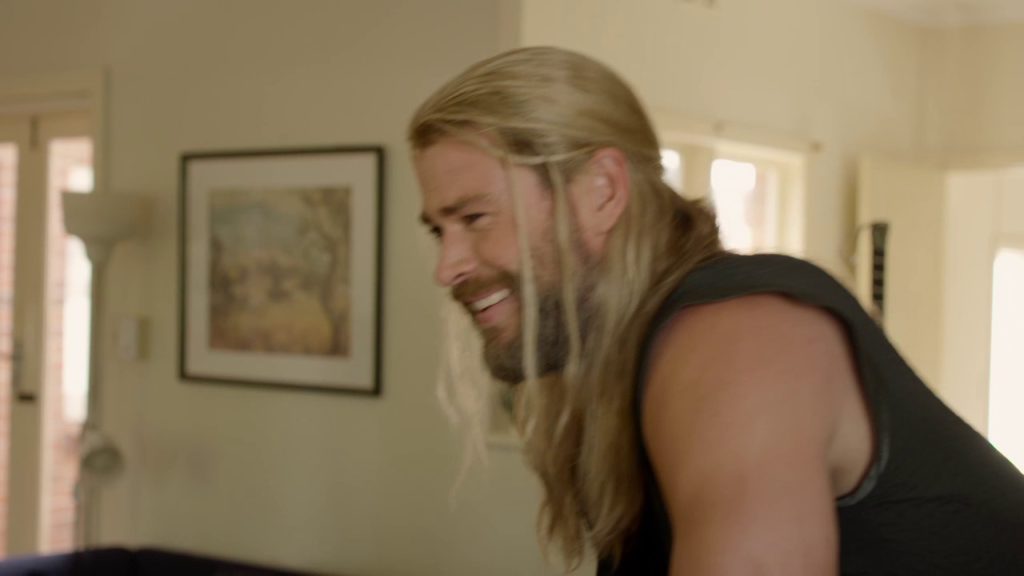 In a special feature on the Doctor Strange digital home release, we get a second look at what Thor has been up to between Avengers: Age of Ultron and Captain America: Civil War in Team Thor Pt. 2. If you remember, at San Diego Comic Con last year, Thor: Ragnarok director Taika Waititi gave us a documentary on Thor’s living situation on earth. That situation was that he was living in Australia with a new roommate Darryl. We have that embedded for you below.

In this new video, we check back in with Thor to see what he’s been up to since then. In it, we see Thor arguing with Darryl over money, with Darryl assuring Thor that his Asgardian money is not worth anything here on earth. Thor, however, feels differently. He tells Darryl that each of those coins on Asgard is worth a gazillion earth dollars. Darryl is insistent in his thoughts that this will not pay the rent, which causes Thor to tell him that he’s wrong and he’s smarter. We won’t tell you HOW he says that, as you just need to watch it for yourself.

The embedded video we have below is not the full version released with Doctor Strange. That one sees Thor telling bloody, gory stories of his exploits to school children, lamenting the Avengers not calling him to their fight and eventually hiring a servant to work for him and make money.

RUMOR: KNIGHTS OF THE OLD REPUBLIC Remaster Possibly in the Works https://www.geekgirlauthority.com/rumor-knights-of-the-old-republic-remaster-possibly-in-the-works/

Happiest of Fridays! #TheWitcher soundtrack is out today!!!! https://www.geekgirlauthority.com/the-witcher-soundtrack-is-coming-and-we-are-ready/

An Unprovoked Defense of Spoilers https://www.geekgirlauthority.com/an-unprovoked-defense-of-spoilers/

Get the Chills with New Trailer for THE LODGE https://www.geekgirlauthority.com/get-the-chills-with-new-trailer-for-the-lodge/