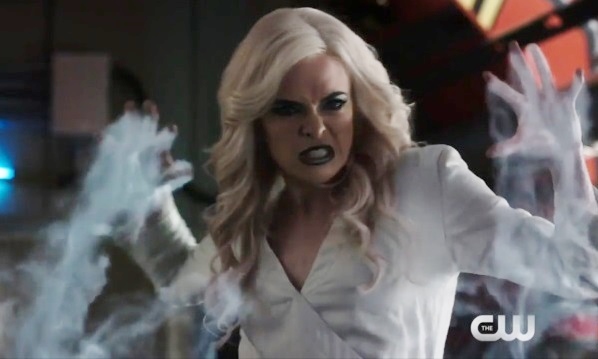 The Flash returns to the CW tonight with a chilling episode.

Barry traveled to the future and saw Savitar kill Iris.  He is doing everything he can to stop it. Team Flash has clues that lead up to the big event. They believed if they could stop these events from happening, they could stop Savitar. Team Flash stopped Gorilla Grodd from destorying Central City. They prevented STAR Labs from closing.  And yet, there are events have been hard to prevent.  I guess they stopped the Music Meister….I never saw his book deal come through.  The one event that they hoped to stop was Caitlin becoming Killer Frost.  Considering that this one was prophesied by Cisco, it was going to happen no matter what.

If you recall, Caitlin was seriously injured after an attack by Abra Kadabra.  Everyone thought she would be okay.  Caitlin flat-lined at the end of the last episode.   Julian did the only thing he knew would save her life. He took the ‘frosty power controlling’ necklace off of Caitlin’s neck. Caitlin quickly healed and quickly became Killer Frost.

Catch up with The Flash recaps here!

It seems like every time Barry messes with time travel, something major happens.  What will Barry mess up this time?

First!  How will Team Flash deal with their Killer Frost problem? 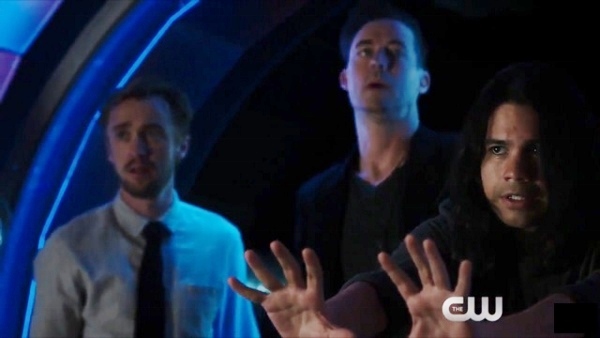 In this sneak peek, Cisco, HR, and Julian run from the frost wrath of Killer Frost.  The Flash arrives to stop her. Killer Frost tells The Flash that she doesn’t want to fight her powers.  Is Caitlin gone forever?

Directed by Tom Cavanagh, The Flash returns tonight on the CW. Check it this sneak peek!