The ranch is officially gone on Fear the Walking Dead.  Lucky for the group, Madison has a back up plan. However, her kids are not with her.  Alicia went through a really traumatic ordeal and needs some space.  Nick, with his Bro-mate Troy, is following Alicia to make sure she is safe.  So that leaves Madison, Walker, Strand, Crazy Dog and Ofelia heading for the Tijuana Dam. What could go wrong?

Here is the official synopsis for the next episode, “La Matadero” 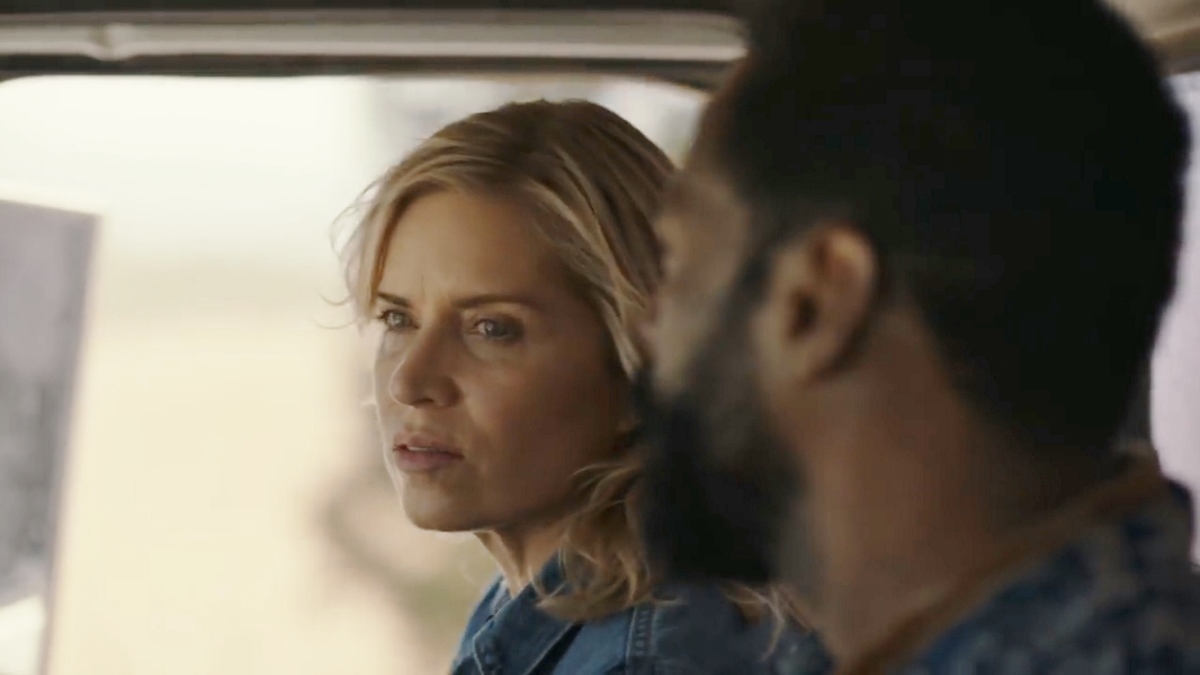 The trailer for the next episode looks pretty intense. There is a lot going on with everybody, but it’s not clear if they are safe or not.  Alicia (Alycia Debnam-Carey) appears to be okay after having to kill half of the ranch residents and then watching the other half die and turn.

In the trailer for the next episode, we see Alicia jump into a pit of balls and watch someone else fight of the infected. Later she is shooting at someone and telling them to go away. Who is this person?  Are they safe? Are they sane?

Nick (Frank Dillane) and Troy’s (Daniel Sharman) Excellent Adventure continues as they follow Alicia. Could they be who she is shooting at?  Perhaps, but then why are they walking through the streets covered in blood? At some point, Nick makes it back to Madison (Kim Dickens) who says she doesn’t know what she would do without him.

Madison is with Walker (Michael Greyeyes), Crazy Dog (Justin Rain), and Strand (Colman Domingo), heading for the Tijuana dam. Strand knows they are walking into a very dangerous situation.

They appear to encounter some danger as well.  Walker says they need to put an end to ‘this.’ What is ‘this’?  What is he referring to?

Something bad happens…or else Daniel wouldn’t be upset.  Just look at the way he manhandles Strand in the trailer.

Check out the “La Matadero” trailer below.

There’s only one episode until the season three finale.  Fear the Walking Dead airs Sunday night on AMC.