Home » TV & Streaming » There Is No Chill in Wynonna Earp: A Look Ahead to Season Two

There Is No Chill in Wynonna Earp: A Look Ahead to Season Two

TV has been my outlet for quite some time. I’d say about 10 years. Within those 10 years, I’ve never found myself foaming at the mouth in excitement at the new season the way I have for the second season of Syfy’s Wynonna Earp.

I went to Navy boot camp in January 2016 and graduated in March. Two months of isolation from the outside world and you tend to miss out on a lot of things. While being barricaded in my room to relieve stress, anxiety, and to grieve (My stepfather’s birthday is April 1st and he passed a year and a half prior), I went on the search for some good television and stumbled upon one that was being talked about on my Twitter feed nonstop; Wynonna Earp.

Curious as to what was so damn good about this show that had my whole timeline yelling about it, I did a quick Google search and immediately saw that Emily Andras (Lost Girl) was the showrunner and executive producer. Just seeing who was at the helm made the decision that much easier, so, I sent a tweet out to the twittersphere about wanting to check the show out and that was when Wynonna Earp podcast “Tales of The Black Badge” co-host Kevin Bachelder swooped in and urged me to do so.

Unfortunately, due to being plagued with weekly tests and daily computer training courses, I wasn’t able to start watching until a couple of months after it premiered. Immediately after watching the pilot, I went straight to Twitter and joined the other Earpers in a No Chill campaign for a season 2 renewal.

One of the things that makes Wynonna Earp so important  is that the viewers can find a relatable trait in  each and every main character. Each character is multidimensional and provides a compelling backstory that continues to surprise you and keep you guessing. They also make you care about them. Emotional attachment to ALL of a show’s key players feels rare in TV these days. You spend a good majority of the first season wondering if the charming and mysterious Doc Holliday (Tim Rozon) has good intentions. Also, you come to realize that Agent Dolls (Shamier Anderson)  is more than just a no nonsense cop who doesn’t like when people touch his things.

Another great aspect. The representation.

I repeat, the REPRESENTATION. Officer Nicole Haught (Katherine Barrell) made her appearance during a time where LGBTQ representation among female characters was in peril due to the infamous trope. A trope the left fans Wynonna Earp fans reeling with worry. While being very open and receptive of Officer Haught, there was always that underlying fear that she would meet her demise without getting a chance for us to really get to know her or just end up being abruptly transferred to a new department that’s somewhere other than Purgatory. Nicole Haught isn’t just great representation because of her sexuality, but because of her bravery as well. Even while being the newbie of Purgatory and shunned out of all the shenanigans, she persisted and stayed to joined the fight full-time once she was eventually let in. 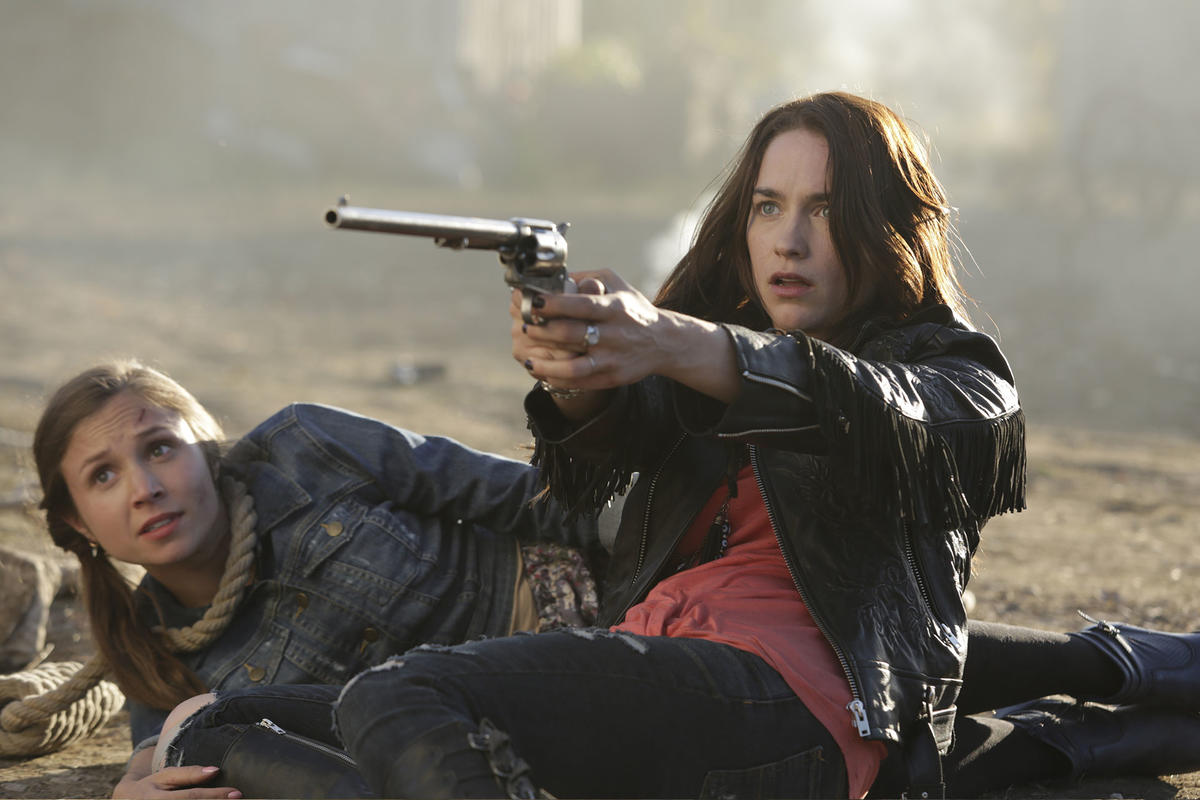 Bravery is a common theme throughout the show and its characters. It’s so prevalent that the Earper fandom coined Waverly (Dominique Provost-Chalkley) as “brave little toaster”. Not only is she tiny, fierce and isn’t afraid to wield a shotgun when needed, but she’s not afraid to stand up and confront the demon revenants and their leader nor is she not afraid to confront her feelings for Nicole.

Where there’s bravery, there’s also vulnerability. The Earp heir herself, Wynonna (Melanie Scrofano) is all that and a box of donuts. Even when she finds herself battling her own demons and guilt that continues to follow her wherever she goes while questioning her self worth, she’s always there to fight and protect the small town despite what the residents think of her. One of my favorite (out of many) exchanges between Wynonna and Waverly is when after Wynonna said she was going to go beg forgiveness of the people she hurt, Waverly replies with a pained expression “But everyone hates you Wynonna!”

With all of the themes that make Wynonna Earp the show that it is, the heart of it lies in the relationship and sisterhood of Wynonna and Waverly. Through all the pain and abandonment from their childhood, there’s still lies a love, loyalty, and a bond that never went away. Scrofano and Provost-Chalkley’s chemistry is absolutely mind blowing and dynamic. It’s a pure joy to watch.

There were a lot cliffhangers in the season one finale, but the biggest one is the information that Bobo Del Rey (Michael Eklund) revealed to Waverly that will affect her and Wynonna’s relationship.

Variety’s Mo Ryan said it best in an interview with the “Tales From The Black Badge” Podcast. “It’s a show that you want to turn on after a long week and just want to spend time with the characters.” 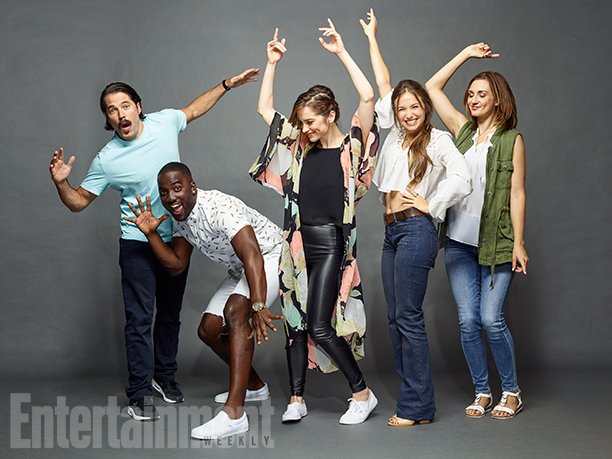 The strong writing on the show not only provides sharp and hilarious dialogue that will have you cackling at the drop of a hat, but also a big campy, fun, yet, dark, and emotional fantasy melting pot that we never knew we deserved and wanted. It draws you into its world so much that when you’re done binge watching all the episodes available, you can’t help but catch yourself thinking yearnfully, “Damn…I miss Wynonna Earp.” I found myself tweeting, thinking, and saying this to myself many times while (im)patiently waiting for season 2 to make it’s way back onto my TV screen. The blazing trailer and early reviews indicate that the show has been amped to the 100th degree.

Catch up on all Wynonna Earp Season 1 recaps here!