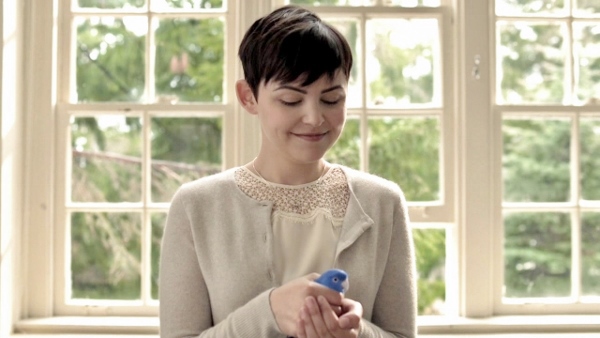 Once Upon A Time, Where Bluebirds Fly, abc.com

Last week, Team Savior was reunited. Emma saved Hook from being burned at the stake by the Lost Boys.  Regina figured out how to break the sleeping curse on The Charmings.  All of this in time for the Final Battle with the Black Fairy.

The Black Fairy has Gideon on her side.  She had to take his heart to make him join her. Gideon was able to defy her though by leaving one pixie petal flower for Emma to use to save Hook.  So there is some resistance to her.  Add that to Gold and Belle fighting for their son’s heart and teh Black Fairy has to fight more than one person in Storybrooke.  However, The Black Fairy told Rumplestiltskin that he would chose to join her in the Final Battle.

Next week, she approaches Zelena about joining the dark side.  Zelena hasn’t been always been a part of Team Savior.  It was just a few weeks ago that she tried to escape Storybrooke with Robin Hood and baby Robin. So it only seems natural that the Black Fairy would think she can persuade Zelena to join her.

In the trailer for the next episode, Zelena shows that she wants to be a good witch.  However, the Black Fairy threatens baby Robin, causing Zelena to fight back the only way she knows how…wickedly.