THE STRAIN Recap (S04E09) The Traitor

The Strain’s final season is coming to a close.  Our heroes have suffered a setback with the death of Abraham Setrakian.  Now Zach has returned to the group.  You can’t help but be skeptical.

The Master is trying to outsmart the group and so far he’s been successful.  The heroes may have snuck one underneath him when they took one of his human collaborators. Both sides are planning for a final battle.  Who will win?

Click here to recap the final season of THE STRAIN

Zach Goodweather (Max Charles) found his dad, Ephraim (Corey Stoll) as instructed by the Master (Jonathan Hyde).  Of course Ephraim doesn’t know that.  Ephraim has to lock Zach up because he cannot be trusted. Eph wants to trust Zach, but they didn’t end things well the last time they saw each other.  Zach knows they don’t trust him.  He tells Eph that he needs to sleep before they talk.

Eph leaves him to sleep and runs into Mr. Quinlan (Rupert Penry-Jones) outside of Zach’s new room.  Quinlan says it’s convenient that Zach showed up when he did.  Eph lets him know he is fully aware of how fishy everything looks. Dutch Velders (Ruta Gedmintas) and Vasiliy Fet (Kevin Durand) have another captive, Dr. Sanjay Desai (Cas Anvar) tied up and are interrogating him about the Master’s whereabouts.

Desai will not tell them anything. He firmly believes his alliance with the Master is helping people.  He says there were too many people in the streets. The Master’s plan has only helped control the population.  He honestly believes draining babies for blood is helping others stay alive.  Dutch gets angry and beats on Desai. Fet has to pull her off and calm her down. 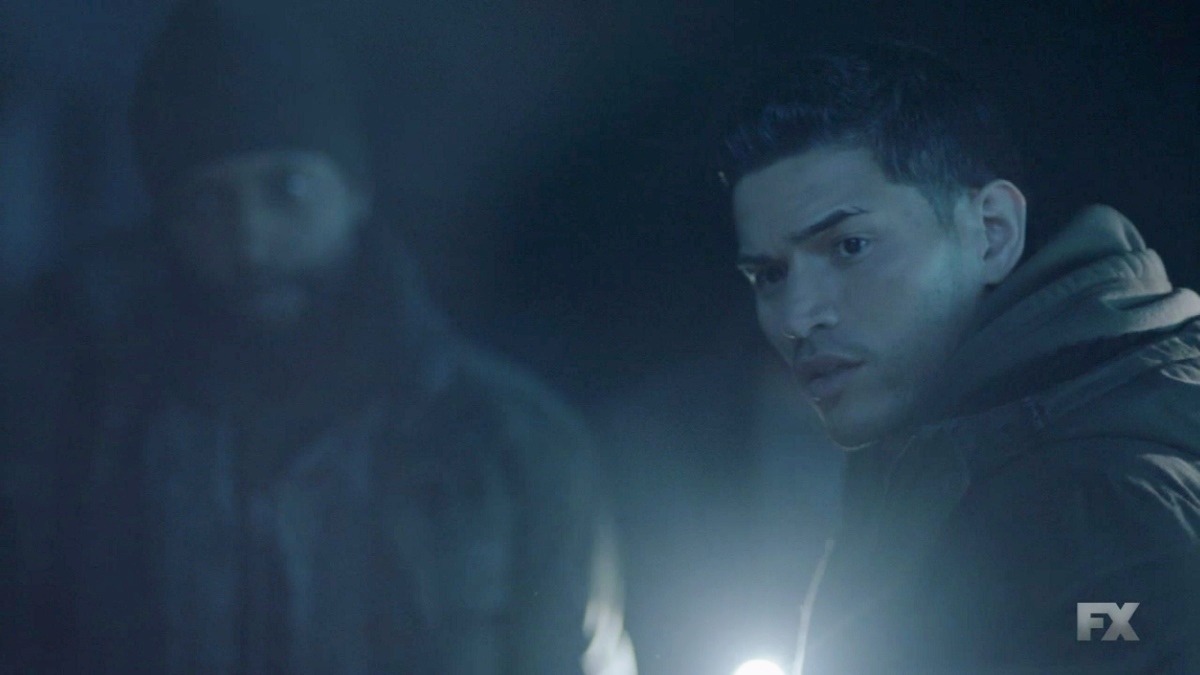 Miguel Gomez as Gus Elizalde in FX’s The Strain, fxnetworks.com

Roman (K.C. Collins) continues to keep watch over the nuclear weapon.  Gus Elizalde (Miguel Gomez) and his team arrive to help protect the nuke. Gus shows Roman the truck load of guns they brought in case the strigoi find them.  Roman shows Gus the nuke. He asks how far the blast will go. Roman says it will destroy half of Manhattan.

Eph finally talks to Zach. He asks him what happened to him after he left Stoneheart. Zach tells him he was lost and Eichorst (Richard Sammel) found him. Together they found the Master and he has been with them ever since.  The Master tried to convince Zach that he was trying to help the human race.  Zach doesn’t lie to Eph. He tells him that the Master gave him a home and gifts.  It’s how Zach felt about everything that he lies about. Zach says he was upset with Eph in the beginning.  The Master tried everything to make Zach hate Eph. But he couldn’t.  Zach says the Master let him go. He told him to find Eph, spy on them and report back.

Dutch and Fet show Desai the video of New Horizons. Desai does not believe that the strigoi are harvesting people.  Nothing they say convinces Desai that the Master is evil. They’ve done all the talking they can. It’s Mr. Quinlan’s turn to do the talking.  Quinlan drags Desai into another room where his wife is held captive.  Since Desai won’t talk for his own well being, maybe he will for hers.  Quinlan says he will drain her if Desai doesn’t tell them where the Master is. Desai gives in and tells them the Master is nesting at the Empire State Building. 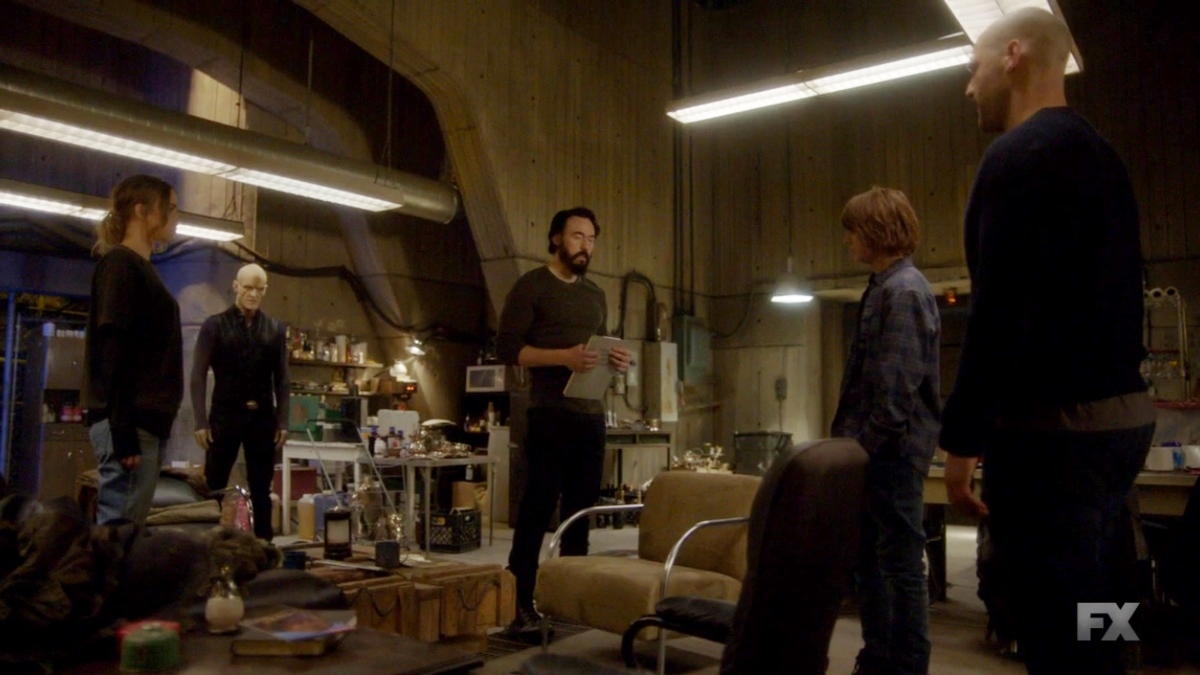 Fet, Dutch and Quinlan asks to talk to Zach. They ask if he knows where the Master is. Zach confirms what Desai said.  They both drew a map showing the layout of the Master’s nest.  Both drawings are identical.  Zach is telling the truth. Quinlan says Zach wants to gain their trust so he can spy on them for the Master.  Zach gets angry and asks to be taken back to his room.

Roman catches Gus and his guys taking silver from the vault. He thinks they are stealing gold though.  Gus tells him that silver is the most valuable thing in the fight according to Setrakian.

Later, Eph asks Dutch and Fet if they think Zach is lying. Dutch says her gut tells her not to trust him. Fet says he wants things to work out for Eph and Zach.  But maybe Zach is using their feelings for him against them.

Gus asks Roman if the bomb will go off if it were hit by a bomb.  Roman assures him that it won’t.  The two talk about what they’d like to do after they win. Roman says the gold will come in handy. He needs something to dream about or he stops moving.  Gus says he thinks about this girl, Aanya.  He helped her family get out of the city. He wonders if she is still alive.

Eph and Zach go out on the balcony to talk more. Zach apologizes for setting off the first bomb. Eph hugs him and tells him he can’t take back his mistakes. They just have to move on. Zach opens a can of ginger ale and cuts his thumb.  Eph takes him inside to clean it. 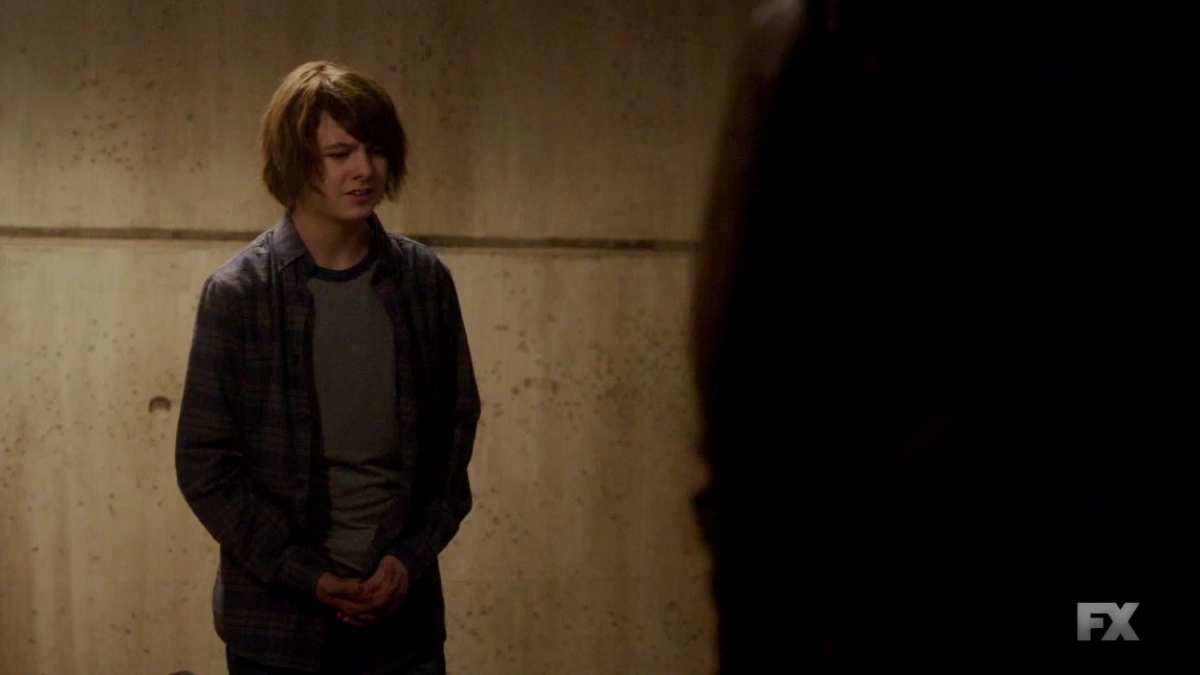 Max Charles as Zach Goodweather in FX’s The Strain, fxnetworks.com

When they get inside, Eph starts to question why Zach cut his finger. Zach says it’s an accident, but he cannot look Eph in the eyes. Eph says he cut his finger to leave the scent of his blood.  Eph thinks Zach is there to betray him. He yells at Zach. Tells him to look at him and tell him the truth. Zach changes his tone. He says his mom is still alive.  He still talks to her through the Master. Zach says he knew about Nora and that’s why Kelly kicked him out.

Zach admits that the feelers can track the scent of his blood.  The strigoi are on their way. The Master told Zach he decides what to do with Eph.  If Eph tells him where the nuke is, Zach will let him live. Eph grabs Zach, throws him down and puts a gun to his head.  He doesn’t pull the trigger. Instead he says goodbye to Zach and leaves him locked away in the room.  Eph tells the others that Zach is working with the Master. The strigoi are on their way. They leave for the Federal Reserve.

At the Federal Reserve, the team discuss their next move. They agree that Zach was used by the Master to set them up.  Eph thinks the Master wants them to move the nuke out in the open so he can destroy it.

Quinlan comes up with a plan to go to the Empire State Building to lure the Master to him.  The rest of the team will drive the nuke to the base of the building and escape before it blows. 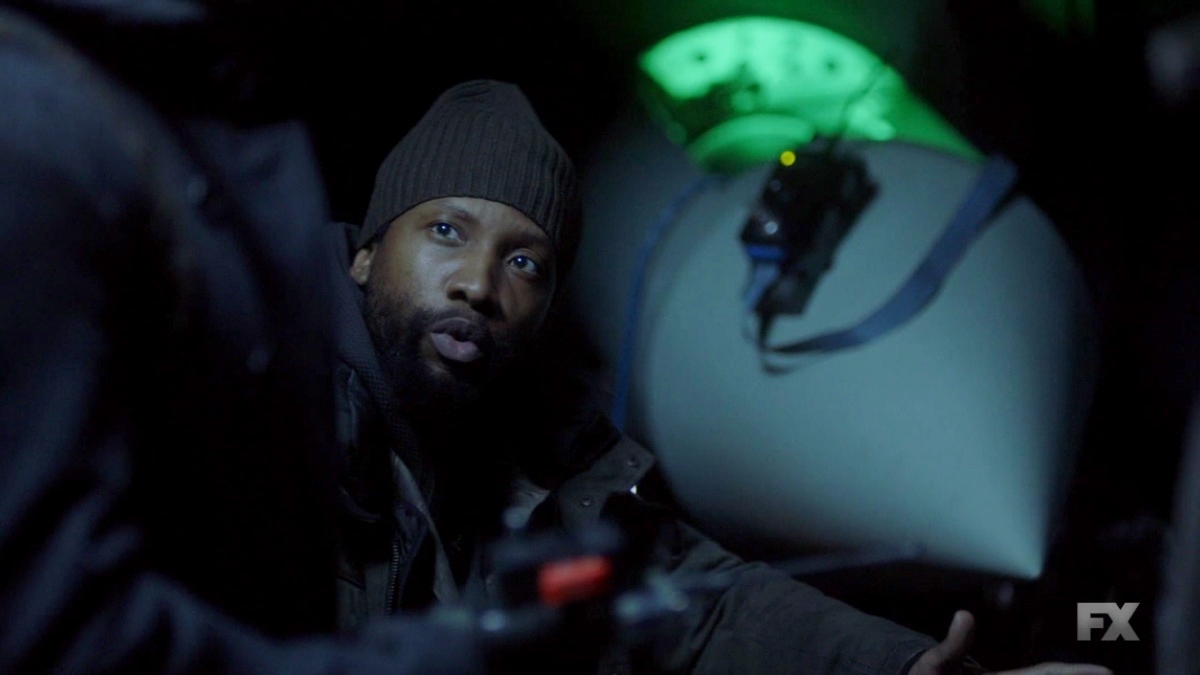 KC Collins as Roman in FX’s The Strain, fxnetworks.com

Roman sets the nuke to only destroy the Empire State Building and leave a crater that’s 100 feet deep. Dutch asks Eph if he’s okay with the plan.  He says he’s not, but they don’t have a better plan. The team moves the nuke. They quickly realize that there are no strigoi on the streets. The team stops and Quinlan says his goodbyes to everyone.

The Master finds Zach and the Desais.  Zach tells him that Desai gave up his location. The Master kills both Desais and tells Zach he will not tolerate for weakness.

Quinlan arrives at the Empire State Building and sets the trigger for the bomb.  He goes in and only finds strigoi Abby.  The Master speaks through Abby to let Quinlan know that he chose the wrong side. Quinlan says he’s a coward for hiding from him. The Master says they will meet, but it will be on the Master’s terms.  Quinlan kills Abby. Quinlan is surrounded by strigoi.  He tells Fet that the Master did not take the bait. They have to move the bomb to safety.

Too late, a horde of strigoi are headed towards the humans.

I feel like we slowed down way too much this episode. And there’s still a long way to go before our heroes can get to the Master.  Like…they should be farther along than they are.

Zach did not surprise me, although I was kind of hoping he would see the light and go back to being Eph’s son.  I guess not. I guess Zach will have to die.

Things look bleak for our heroes, but something tells me they will pull through. Will all of them stand in the final battle? Probably not.

I really hope they all survive, but someone has to make a big sacrifice…other than Quinlan.

There’s only the finale left! How do you think it ends?