The final season of The Strain continues.  Last week, Eph and Alex found the human harvesting camp in Pennsylvania.  However, the Master knows Eph is there. Let’s be real…Eph has to go back to New York now.  If only to save Zach from the Master.

Dutch found and rescued Setrakian from the B-Positive blood bank.  She also lit Eichorst on fire.  That strike one for Eichorst…

Fet and Quinlan retrieved the plutonium pit for the nuclear warhead. They have to get it back to New York as soon as possible.

The last time we saw Zach, he found a friend in Abby. He actually wants to be more than friends.  But…does Abby feel the same.

RECAP THE FINAL SEASON OF THE STRAIN

The three random guys that were travelling with Fet’s group are out in the woods, talking about their next destination.

They get a visit from Thomas Eichorst (Richard Sammel). He asks if they have seen Vasiliy Fet  (Kevin Durand) and a half breed named Mr. Quinlan (Rupert Penry-Jones).  One of the guys says they are headed for an airfield with a nuclear warhead.

Eichorst says he has good news and bad news.  The good news is that Eichorst is taking their truck. The bad news is he only needs one of them to drive him.  Eichorst feeds on two of them and leaves with the third, who has no name because he won’t long.

Fet, Quinlan, Roman (K.C. Collins) and Charlotte (Rhona Mitra) are loading up supplies to trade for an airplane. Roman knows of a base where they can get what they need. 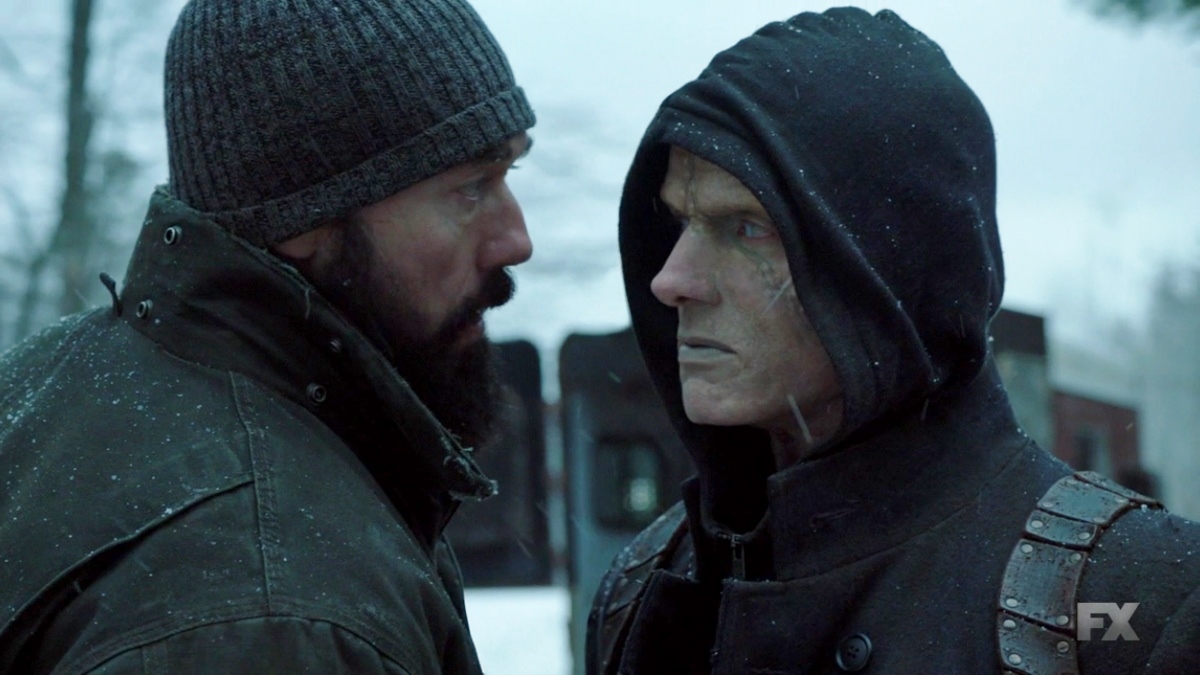 Kevin Durand and Rupert Penry-Jones in FX’s The Strain, fxnetworks.com

Quinlan tells Fet that Charlotte should not go to New York. She has outlived her usefulness. Fet tells Quinlan not to question her loyalty.  Quinlan says he’s actually questioning Fet’s loyalty. Whoa!

Fet tells Charlotte that Quinlan doesn’t think she should go to New York.  He will leave it up to her though.  Does she want to go to New York? No. She doesn’t want to go on his suicide mission.  She says she planned to go to her dad’s cabin in Montana.  So they pretty much just broke up.

We continue our journey into Mr. Quinlan’s past when he fell in love with Louisa (Hannah New).  Quinlan is playing with Louisa’s daughter Lydia (Teagan Wright), but that ends when Louisa says it’s bedtime. Louisa and Quinlan have a date at the theater.

On the way, they encounter a couple of strigoi feeding on people in an ally.  One of the strigoi faces Quinlan and the Master takes over. Quinlan snaps its neck to avoid The Master seeing where he is and who he’s with.

Quinlan tells Louisa that he must leave to keep her and Lydia safe. Louisa is very upset, asking if they mean nothing to him.  Quinlan says it’s the opposite. He tells Lydia that he is grateful to her for accepting him.  He also tells her that when he ends the Master’s life, his life will end as well.

Lydia overhears their conversation and begs Quinlan to stay.  Quinlan says he wants to stay and hugs the little girl before leaving.

Quinlan confronts the Master (Robin Atkin Downes) in London…still in his human make-up.  The Master says he hopes Quinlan enjoyed his years since they last met. The two of them fight. Quinlan injures the Master and the Master runs away. 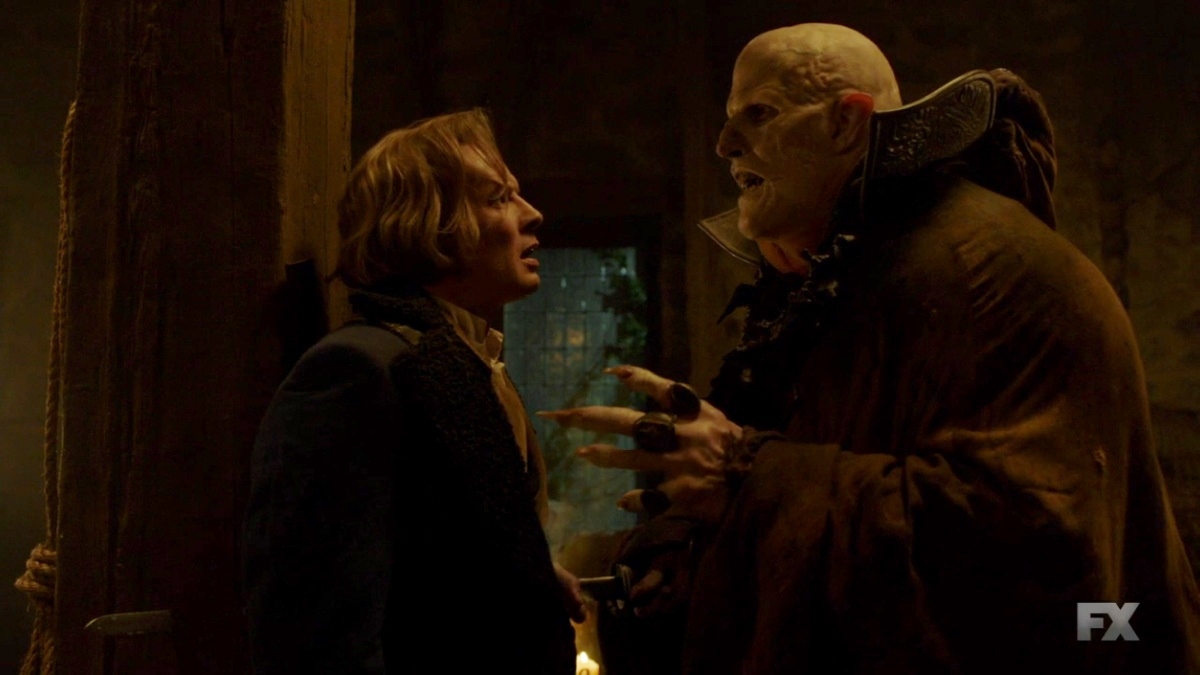 Quinlan has the Master down, but hesitates to kill him.  It’s enough time for the Master to strike back at Quinlan.  The Master says Quinlan hesitated because he’s not ready to die. That must be because of the woman and her little girl.  It’s time for his new family to meet his father.

Quinlan races back to Louisa’s home.  He finds her and Lydia drained and turning.

Quinlan wipes of the human make-up. And cuts off Louisa and Lydia’s heads before leaving.

Back to the present…

Eichorst makes small talk with his driver. He tries to antagonize the driver by talking Hitler, Native Americans turning on each other and about he is just like them because he has turned on his species.

The driver changes the subject, and mentions that he needs to check the map. Eichorst insist on looking at the map.  The driver turns on his CB radio when Eichorst is not looking.

Fet and his crew hear the CB. Quinlan and Fet recognize Eichorst’s voice. They know he is closing in on them.  Fet says the Master is scared. Quinlan says he will throw everything he has at them.

Eichorst hears static from the CB radio and turns it off. He tells the driver to pull over. The driver speeds up and jumps out of the truck.  Eichorst gains control of the truck and stops it. He gets out to kill the driver.

Roman takes them to a military airfield and tells the sergeant they are there to trade ammo and supplies for an airplane.  When they get out of the truck, the sergeant freaks out at the sight of Quinlan. Everyone calms the sergeant and negotiate their deal.

Roman and Quinlan prepare the plane for take off. Fet tells Charlotte that she should leave before the Nazi shows up.  Charlotte asks Fet to go with her to Montana.  He says he can’t. They say goodbye. Quinlan says it’s for the best.

Oooooh Zach.  OK, so Zach (Max Charles) thinks he’s in love.  He’s still a kid so what does he know about love.  Abby (Jocelyn Hudon) and Zach have actually become pretty good friends. 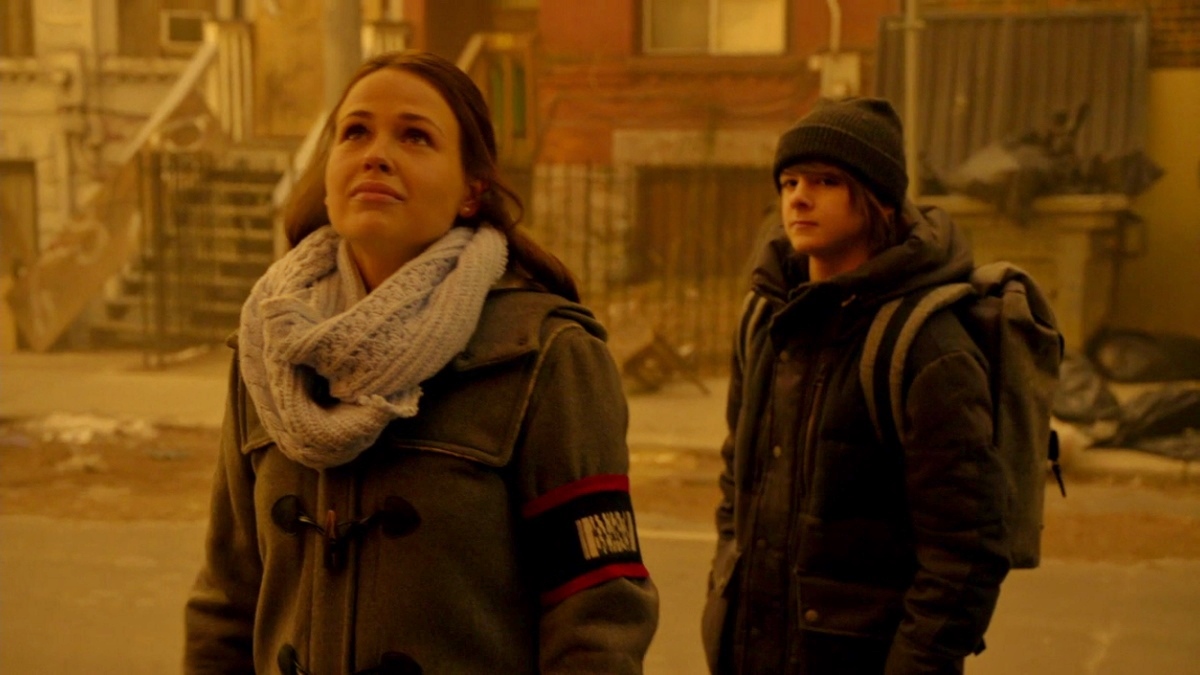 Jocelyn Hudon and Max Charles on FX’s The Strain, fxnetworks.com

Abby shows Zach where she used to live before the bomb went off.  They bond over the loss of their parents.  Zach says he’s sorry. Abby says it’s not his fault…BUT IT IS!

Zach tells Abby the truth about what happened to Kelly (Natalie Brown). When he gets to the part when Eph (Corey Stoll) killed Kelly, it’s obvious that Zach is still very angry with his father.

Zach says he still talks to his mom.  Abby admits she does too, but not in the same way.

Zach walks Abby to her new home and gives her a bag of plums.  Abby gives Zach a kiss on the cheek before saying goodbye.

Later, Zach gets his daily dose of white from the Master (Jonathan Hyde). The Master can see that Zach is troubled. Zach says he wouldn’t understand.  The Master reminds Zach that he has studied human behavior for a long time. He knows Zach is emotional about. Abby. The Master encourages Zach to ask Abby how she feels about him.

Zach decides to surprise Abby and goes to her apartment.  He see several children living in the building. When he finds Abby, she is handing out pieces of the plums that he gave to her. She take the last piece and feeds it to an older boy. And then she kisses him. Zach is upset by what he sees and leaves.

Abby acts like having a boyfriend is no big deal and is confused as to why Zach is angry. Zach says he was supposed to be her boyfriend.  Abby says she doesn’t think of him that way.

Zach wants to know what it would take for her to like him. She says he’s sweet, but he’s just a kid.

Zach gets mad and throws a plate.  Abby gets angry and starts to leave.  Zach tries to make her stay and she fights back. The muncher comes to defend Zach, but Zach doesn’t call it off this time.  The strigoi feeds on Abby. Zach hides and covers his ears.

The Master, as Kelly visits Zach again.  Kelly tells him he did nothing wrong.  She says that Abby took advantage of his kindness.  Abby walks in with Zach’s dinner, fully turned.   Kelly says Abby will never betray Zach again. Zach hugs her and says he loves her.

Roman, Fet, Quinlan and the nuke are on the runway about to take off when Eichorst arrives.  The sergeant tries to help by shooting out the tires on Eichorst’s truck.  Eichorst gets out of the truck and fires the attached gun at the sergeant.

The plane takes off. Eichorst turns his attention to the plane and starts shooting at them. 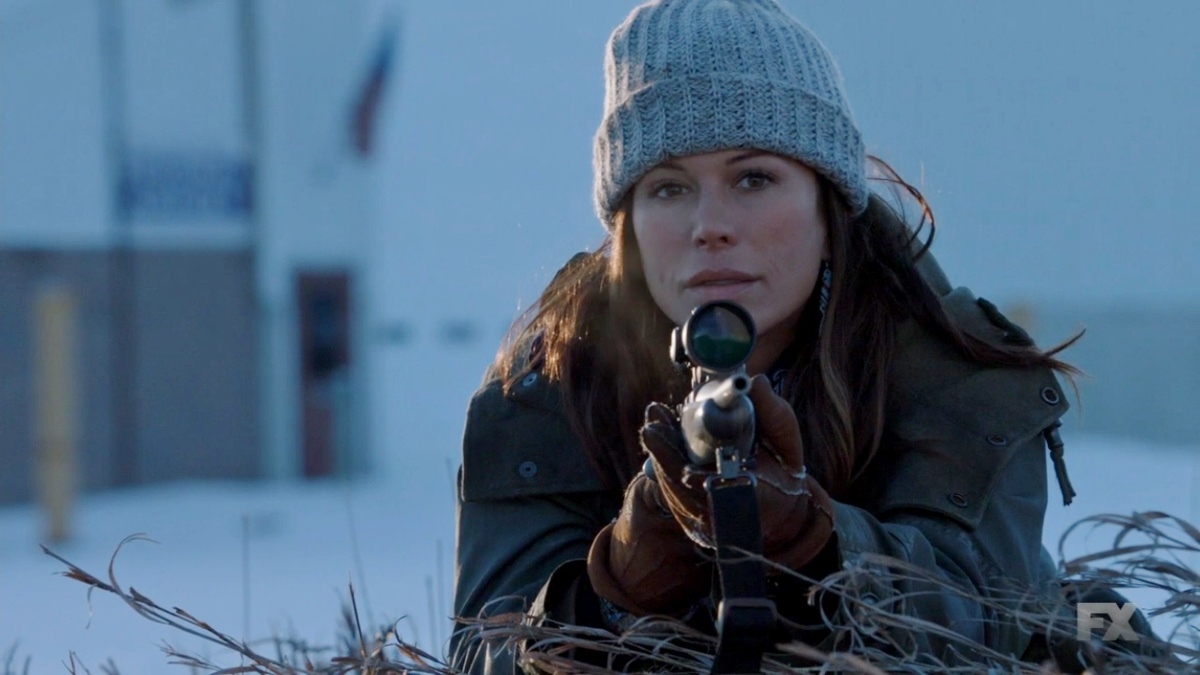 Someone shoots Eichorst. It’s Charlotte. She shoots him again and Eichorst is down.

The plane escapes, on it’s way to New York.

Finally! The nuke is on it’s way to New York!  That was pretty intense at the end. Eichorst is such a good villain, that you almost want him to catch Fet and Quinlan.

Speaking of Quinlan, it was nice to see him as his human counterpart Rupert Penry-Jones.  Even if the eyes were a little creepy.  There should be a show solely based on Quinlan and his entire story as a half-bred strigoi. Spinoff!

Ok…let’s talk about Zach.  I remember being a teenager. I remember getting crushed by my first love. Zach though…he’s turning out to be pure evil.  He has too much power and is basically a brat. I’m not sure if Eph can save Zach. There’s too much hate there.

It’s time for the resistance to meet up in New York and take this battle to the next level.  I assume that there will be a tragic loss before the end.  And an unexpected ally will emerge.  Whatever is to come, I’m excited to see how it all ends!