With water in tow, Madison and Walker head back to the ranch on Fear the Walking Dead.  What’s been going on at the ranch?  Did the ranchers and the Nation find common ground?  I guess we’ll find out.

Before Madison (Kim Dickens) and Walker (Michael Greyeyes) left the ranch, tensions were already running high.  The Nation had just moved to the ranch.  Troy (Daniel Sharman) stood up to the Nation, causing the ranchers to not trust the Nation.  He refused to give up his weapons and was exiled from the ranch. Nick (Frank Dillane) was punished too.  He stood by Troy to protect him.

All of this and no one knew about the water shortage.

The ranch is under the supervision of Crazy Dog (Justin Rain) and Jake (Sam Underwood)…but really it was Alicia (Alycia Debnam-Carey) and Nick making most of the decisions.  And maybe Ofelia (Mercedes Mason).

The ranchers let their fears get the best of them. They were suspicious of the Nation trying to take everything away.  The Nation did their best to keep their people safe. Things got really tense when Alicia finally admitted that the water was running out.  Instead of everyone pulling together to work things out, the ranchers grew even more suspicious and were ready to take back the ranch.

Nick tried his best to keep the ranchers calm, but they were ready to strike against the Nation. Nick led them to the Nation’s HQ, but they stopped when they saw Alicia helping members of the Nation digging a hole.  The Nation had started looking for more water sources on the ranch to solve their problems.

Nick and the ranchers slowly joined the dig. It seemed like the ranchers and Nation were finally going to start working together. 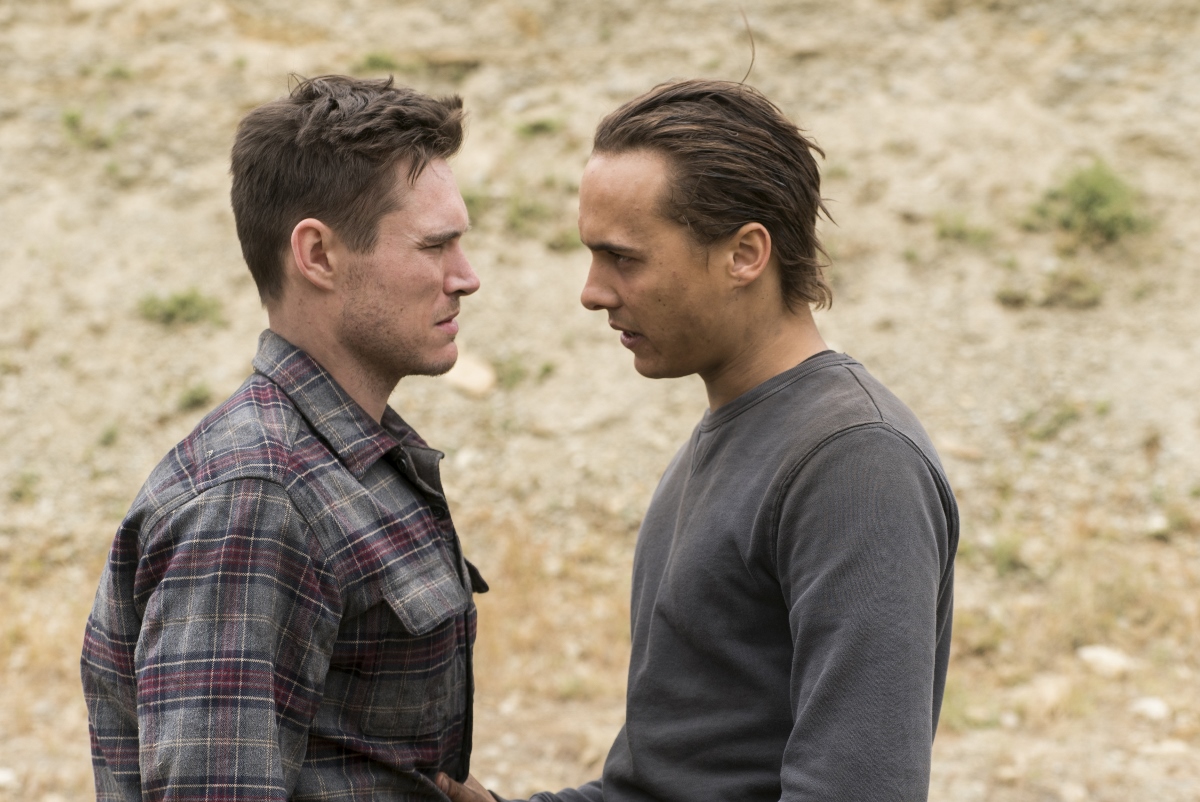 Official Synopsis: As Nick and Jake set out to hand a delicate situation, the Ranch prepares for a threat greater than any they’ve faced before

In the trailer for the next episode, “Brother’s Keeper,” the ranch is under attack. The ranchers and the Nation are fighting the infected.

Jake talks to Alicia about leaving the ranch.  I mean, it’s pretty clear that Alicia is a better leader than he is.  Even Ofelia sees it as she tells someone, probably Alicia, that Jake is weak. Jake sees something or someone dangerous and are in some kind of scuffle. Nick is shooting at someone and Jake is fighting an infected.

Alicia asks if Nick worried about Troy. He says he might be as sick as Otto was.  He killed Otto and then moved into his house.

And it appears that Troy will return to the ranch.  Is he really there? Or just another figment of Nick’s imagination?  He says a reckoning is coming and it’s bigger than anything Nick can imagine.

Where is Troy?  What happened to him after Madison dropped him off?