The Orville episode “Into the Fold” opens onboard ship, Doctor Finn (Penny Johnson Jerald) wakes to the voice of her son Ty (Kai Wener). It seems it’s time to wake up. The family is off for a day of fun and excitement at a nearby “Play Planet”. She wakes up her much less excited older son Marcus (BJ Tanner), and gets the family moving.

As they climb into their shuttle, Kelly (Adrianne Palicki) stops them. It seems the Orville will be docked while they’re on vacation… simply dying of boredom. However, there’s one small problem. She needs to keep John (J. Lee) onboard ship for a few things, so she’s sending Isaac (Mark Jackson) to pilot the shuttle and help Claire for the trip.

“If you wish, I will vaporize them,” Issac says, turning to Claire as the children argue in the back of the shuttle. While she considers it momentarily, Claire eventually turns down the offer. However, there’s a beat of tension as the shuttle begins to tremor. They find themselves caught in a gravity shear, and the engine quickly gives out. The field is too strong for the little ship.

As they collect themselves, Issac consults the displays. They are millions of lightyears from their last position. This is uncharted space. Luckily, they do find a planet capable of sustaining life. At least they’re able to breathe…

After their rough crash landing, they look around. One of the boys suffered a dislocated kneecap, but thanks to the quick (and rough) thinking of the robot, his joint is quickly popped back into place. However, in the resulting shuttle hull fracture, Claire became separated from the ship. According to Isaac, she landed four kilometers away in uncharted territory. When one of the children proclaims that his mother is “definitely alive”, Isaac turns to him… it seems the assumption is “baseless”.

Related: Check out our previous recaps of The Orville, here. 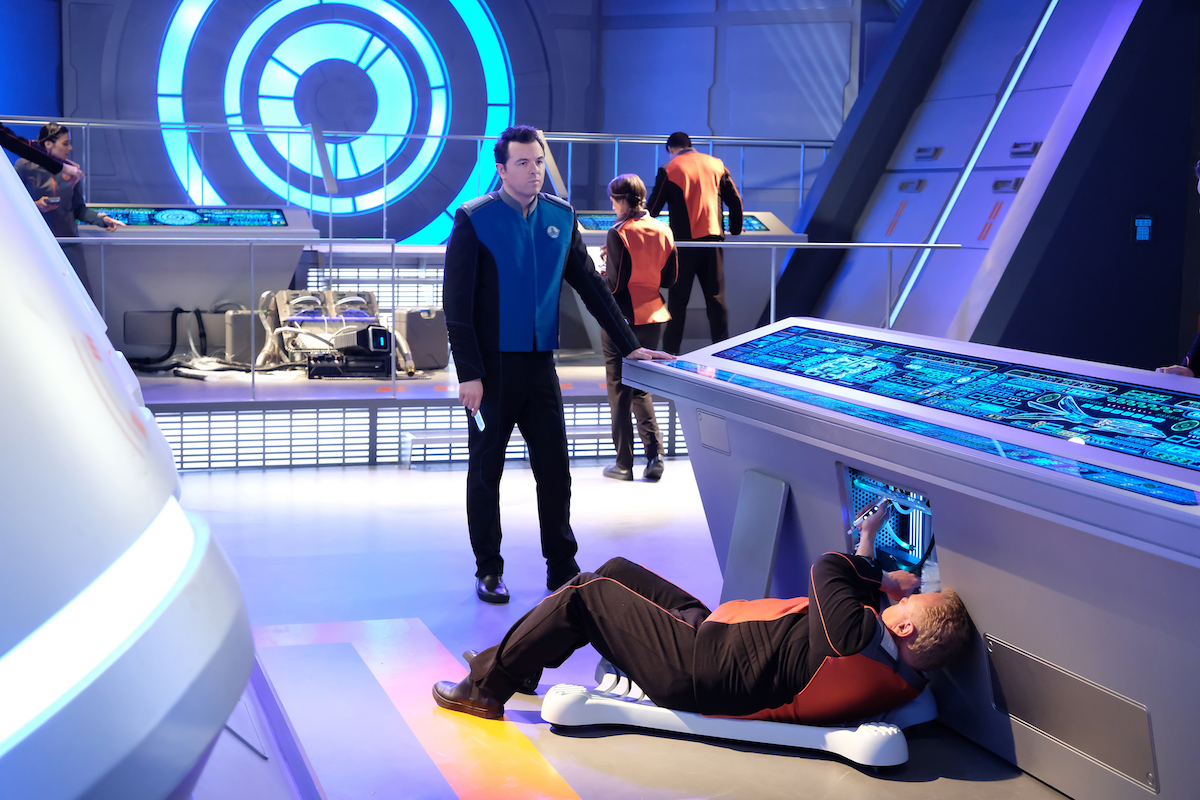 Meanwhile, the crew is hard at work onboard The Orville. Barry Manilow blares over the loudspeakers as Ed (Seth MacFarlane) enters, “Ahhhh, Barry Manilow is a genius”. However, a page from Kelly interrupts the moment. It seems Claire’s shuttle never made it to the planet…

At the same time, Dr. Finn wakes up in a cell. When she begins calling out, the door opens. An intimidating looking “indigenous resident” opens the door. He tells her this is a safe place, and drops a plate of food, “Eat”.

Later, Isaac leads the children through the woods as they begin their search for Claire. As they walk, the artificial being grills the children about their behavior. Why are they so cruel to their mother? However, the arrival of two locals stops them. Isaac stuns them, bringing the situation back under their control. 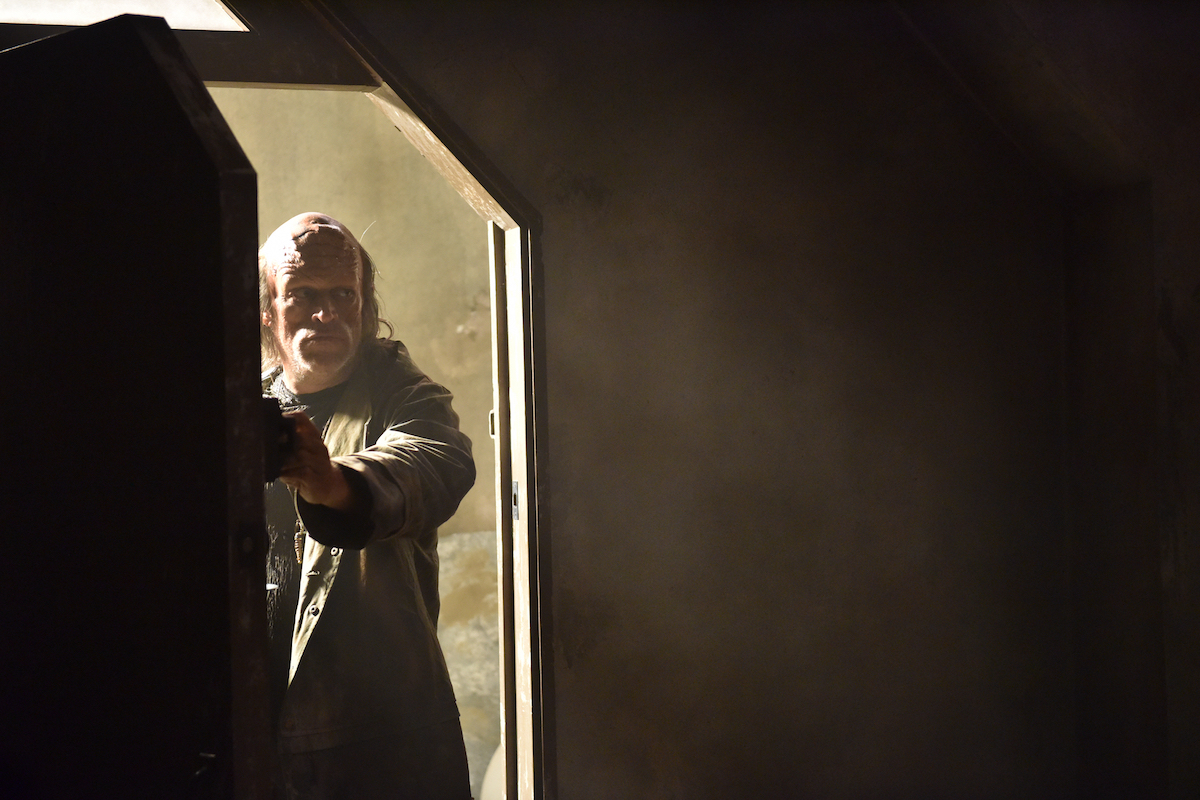 Meanwhile, Claire talks with her captors, struggling to learn anything she can. The man outlines the perilous situation on the planet. The water is tainted, and hoards of people are growing sicker by the day.

Back on the Orville, the crew are hard at work searching for the shuttle. They find their way to the spot where they ship ran into trouble. Gordon (Scott Grimes) snickers from the helm. “We used to call this a Glory Hole”, he says looking at the wormhole. As they continue into the field, the ship hits sudden turbulence. Alara (Halston Sage) reads out the lengthy damage report. It seems, “Ensign Davis spilled soy sauce on his pants”. Ed looks over, “We gotta get better people”.

While Claire attempts to stage an escape, Isaac struggles to get the children ready for bed. The concept of a bedtime story is foreign to him, but he searches his “Earth” files for the tale of “Peter Rabbit”. The children drift off to sleep as he tells the story in their mother’s voice.

The next morning, Isaac wakes the children up to find Ty violently ill. It seems the boy ingested the waterborne pathogen injecting the island. 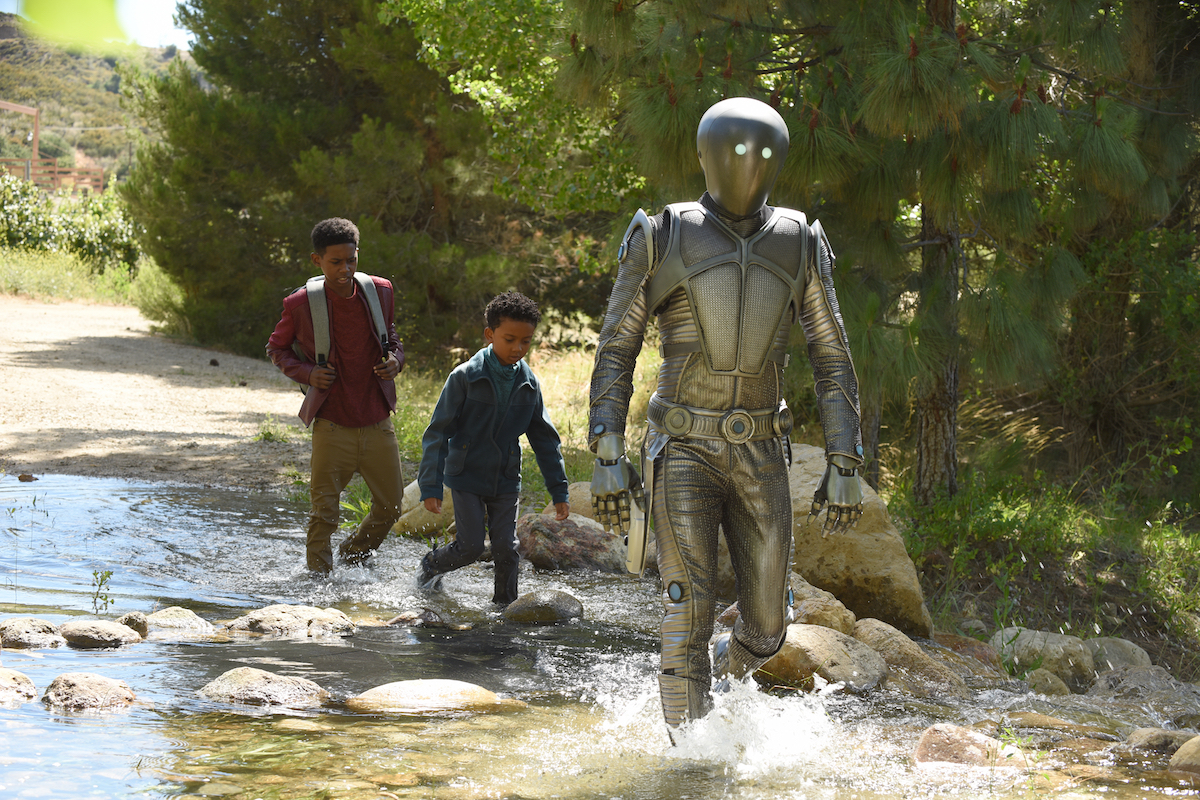 Meanwhile, Claire is doing her darndest to escape her captivity. She manages to to grab a communicator and make contact with Isaac and the children. They agree to rendezvous at the crash site. However, there’s a heartfelt moment as Marcus takes the communicator, coming clean to his mother as to how sorry he is. He didn’t mean anything he said. He loves her.

Rejuvenated thanks to the the conversation with her son, Claire breaks herself out. However, the process isn’t an easy one as she’s pursued through the forrest by a hoard of angry locals.

Later, she comes upon the crash site. They are able to restore enough power to briefly send out a rescue signal, but unfortunately there’s no telling if it was enough. Furthermore, they can’t be sure the ship even received the rescue becon. However, it needs to work, Ty doesn’t have long to live…

Luckily, the ship does receive the signal and makes their way to the planet.

However, before the Orville can get there, Isaac and the family find themselves under attack. While Claire works over her youngest son, Issac and Marcus hold the attackers with relative ease. Just as they seem about to be overwhelmed, lights flood the crash site. They’re finally rescued. 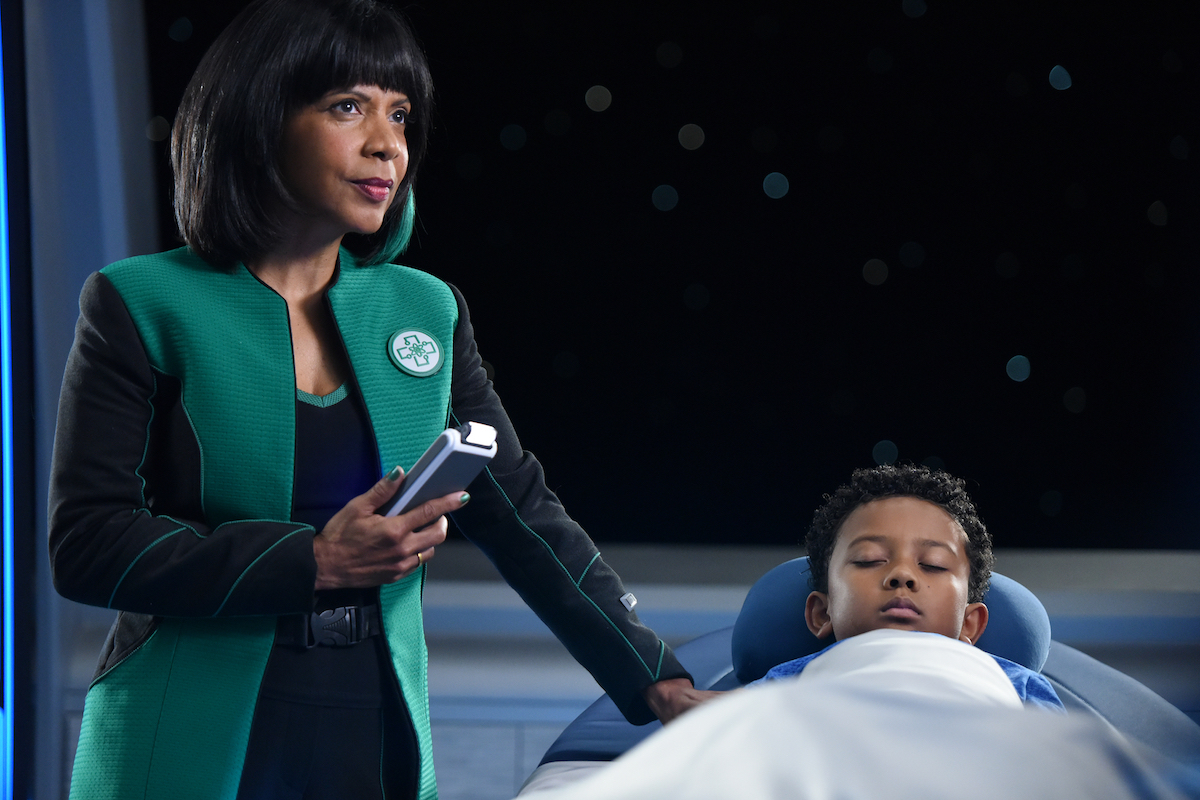 As the episode comes to a close, Claire briefs Ed and Kelly to everything that happened. Most importantly, she successfully synthesized a cure to the virus, and Ty will make a full recovery. Furthermore, the crew wants to deliver a shipment to the moon… if they will accept their help.