THE MANDALORIAN Finds Its Ahsoka in Rosario Dawson 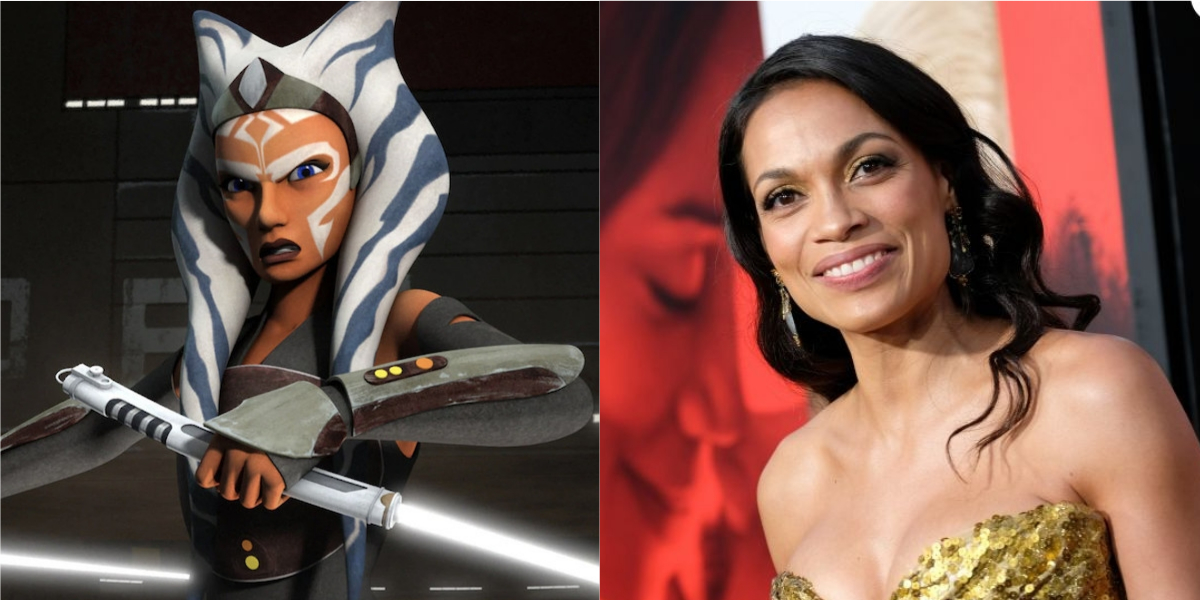 Filming of our favorite tv shows might be at a standstill at the moment thanks to Covid-19, but we are still getting exciting casting news. This week it comes in the form of Rosario Dawson and her casting as Ahsoka Tona in season two of The Mandalorian. The news comes to us exclusively from SlashFilm. This is a dream casting for Dawson, who has shared her love for the character and willingness to portray her in a live-action film.

Ahsoka Tona is the young padawan of Anakin Skywalker in the animated series Star Wars: The Clone Wars. She works as a foil to Skywalker as the series works through the events between Star Wars: Episode 2: Attack of the Clones and Star Wars: Episode 3: Revenge of the Sith. We are able to see her growth as a young Jedi while also experiencing Anakin’s fall to the dark side.

Season two of The Mandalorian will see Mando and Baby Yoda traveling to the outer reaches of the Galaxy. We know that Dawson will not be a season regular, and most likely will only appear in an episode or two, maybe even three if we are lucky. Disney Plus is currently airing the final season of Star Wars: The Clones Wars so we are still unsure where Ahsoka will end up. It could give us a lot of insight on where exactly season two of The Mandalorian will take us.

We do know that she is nowhere to be found through the original three movies and The Mandalorian takes place five years after the events of Star Wars: The Return of the Jedi. So we can almost safely say that Ahsoka will survive the events transpiring in the final seasons of Star Wars: The Clone Wars. How well did she survive Order 66? Well, only time will be able to tell us that.

If you haven’t gotten caught up on season one of The Mandalorian, it is available over on Disney Plus and a must-watch for any Star Wars fan. Season two will begin airing October 2020.

RELATED: 5 Things We Want to See in The Mandalorian Season 2

RELATED: Catch up on our Star Wars: The Clone Wars Recaps

Catch Me
Julia Roth
A nerdfluencer with a passion for video games, fantasy, space and the great beyond.Loves to talk all nerdy things from table top games to Star Wars and everything in between.