The Last Jedi will hopefully answer some questions regarding our favorite hero, Luke Skywalker. Brief and silent in the first film, we don’t know much about him. And there’s been heavy debate about his use of a lightsaber. We may have found the answer.

In a new international poster released, it differs from the US version in a few ways. For one, Luke is not the largest or center, Rey is. Which, frankly, is what it should be. But the most intriguing part of the poster is Luke wielding a lightsaber! Not his famous green one, but a blue one. So what could this mean?

Well, he could be using the one that Rey got a hold of, the Skywalker saber. In the first character posters, we saw Luke holding that saber. Or it’s possible he created another saber to use. Though it’s unlikely, given the posters showing the same saber in Luke and Rey’s hand. Not to mention rumor swirling that Luke won’t even use a lightsaber. But this is our first indication that Luke will have a lightsaber – whether or not he uses it will be another thing.

The Japanese trailer doesn’t show him with a saber either. Instead, we’re given very small clips added to the ones we’ve already seen. The trailer is cut together more quick paced rather then giving the trailer time to breathe. It’s just clip after clip after clip. Most of the scenes are ones we’ve already seen but we have a look at C3PO and Rey saying “I need your help”. They’re not game changers, just interesting. What’s more interesting it the Japanese synopsis, implying that Rey could go to the dark side. Read it below to see for yourselves!

Check out both of them below and let us know what you think! Be sure to come back to Geek Girl Authority for more Star Wars news. The Last Jedi will be in theaters on December 15th.

The Light? The Darkness? Rey and Kylo, two people who seem to move between the two; a new shocking development is hinted to await them in Star Wars – The Last Jedi.

Although the world was shocked to see that the hand offered to Rey belonged to that of Kylo Ren, what awaits Rey and Kylo is the question of “The Light? Or the Darkness?”, as together they are tossed and moved by the powerful Force.

Rey, who, even though in the previous film ‘The Force Awakens’ awakened the Force, carries a sense of being lost and unsure; will she be taken away by the darkness…. Kylo, who killed Han Solo, despite the fact that he was his real father; will the hopeful small amount of light that still remains in his heart be able to undo the darkness!?

These two figures who seem to resonate with each other; we cannot take our eyes off of them!! 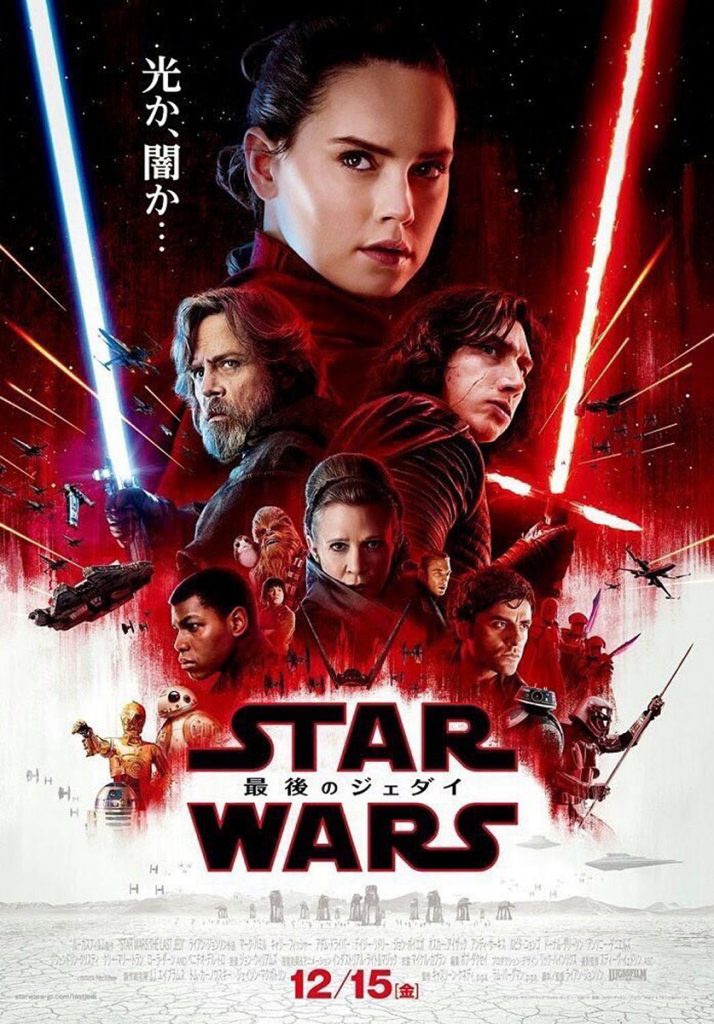