The Geeky Film Student: Top 6 Actors I Want to See More Of

Every year there are dozens of actors and actress coming up through the film and television industries. Some hit it big, while others find ongoing work as character players. With television currently enjoying a golden age, there’s a tremendous amount of talent emerging with each new series. This is true not only in Hollywood, but on television shows across the world.

Here are the Top 6 actors I’m loving most right now. These men are working at the top of their game, and seem on their way towards well deserved breakouts… 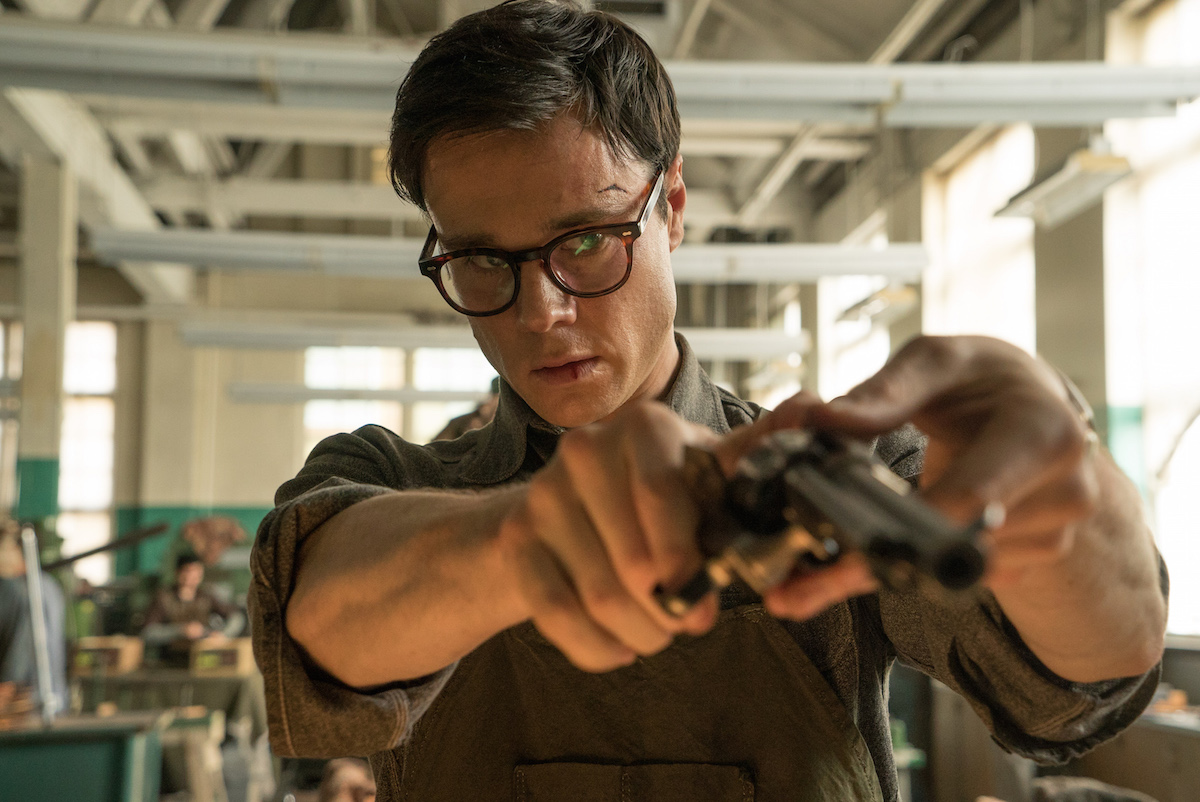 Rupert Evans is best known to audiences for his portrayal of Frank Frink in the popular Amazon drama, The Man in the High Castle. Others might recognize the British actor for his performance in the 2004 comic book film, Hellboy. Evans has worked steadily since 2000, always showing an uncanny ability to move from Shakespearean theatrical performances and costume dramas to gritty and graphic works of indie horror.

Evans has been riding a busy wave since 2015. He not only finished two seasons of The Man in The High Castle (season three recently entered production), but he also starred in horror films The Boy and Tank 432, as well as appeared in the period drama American Pastoral.

Rupert Evans continues to prove himself a talented actor with a striking ability to loose himself inside a character. He’s doing some of the best work of his career right now, and if you aren’t familiar with him, check out his work. 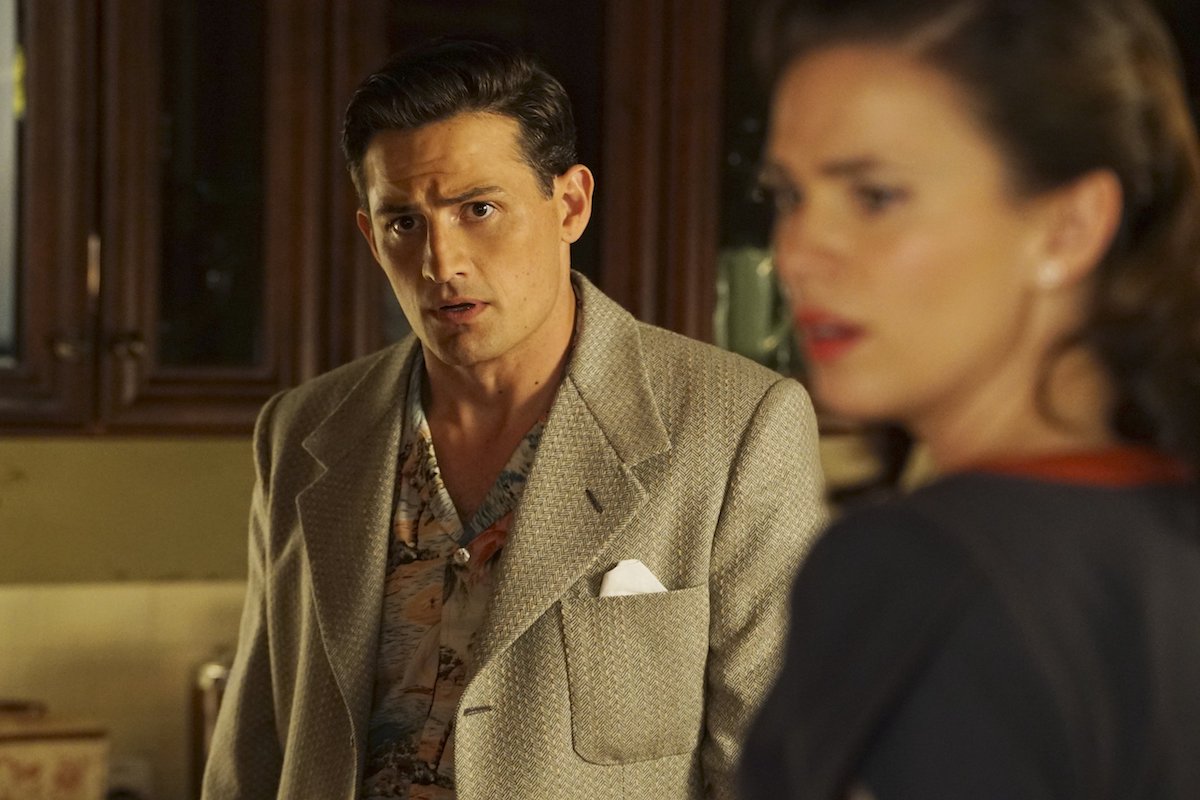 Outside of these shows, Gjokaj has been working his way around Hollywood for just about a decade. He can often be spotted in small roles, typically playing Eastern European characters and mobsters. In his recent roles (particularly Sousa), the young actor demonstrated his versatility, as well as an understated, but powerful screen presence.

With his next role yet to be announced, audience continue to wait for news on what’s coming up for Enver Gjokaj. 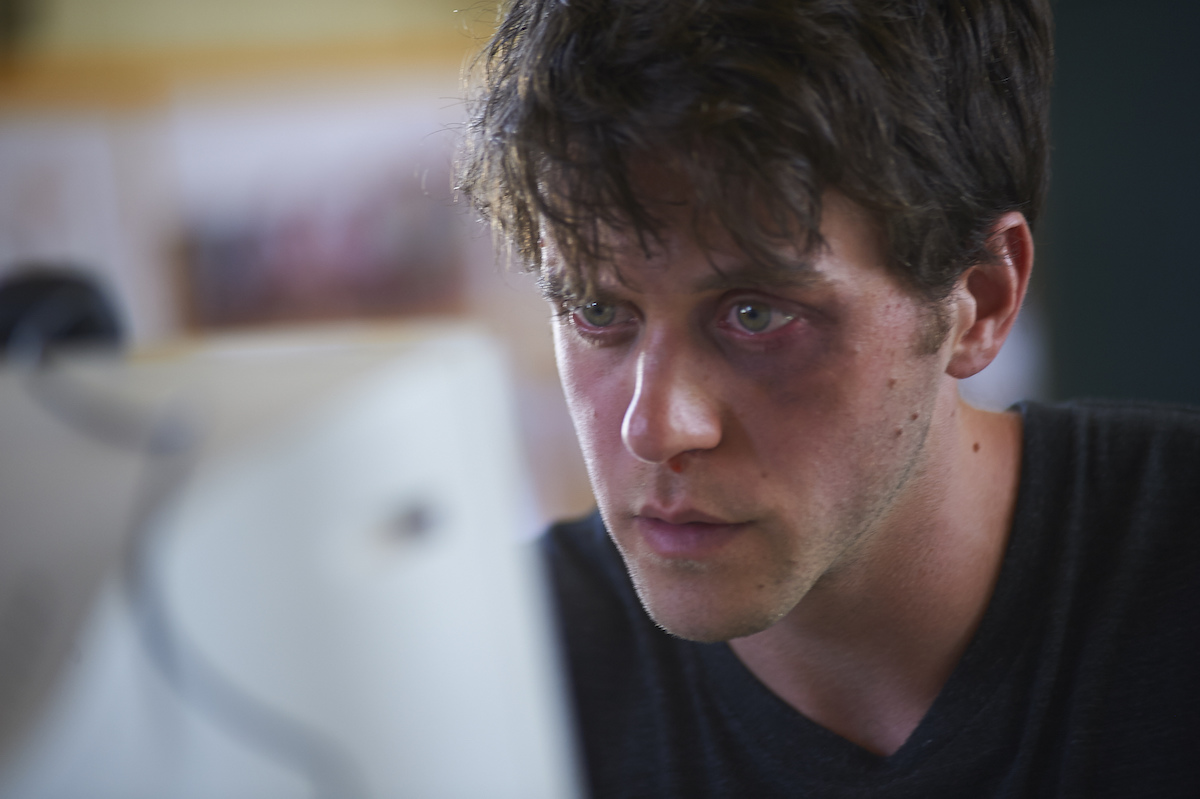 Audiences will likely recognize Australian actor Ashley Zukerman from his performance in the short-lived period series Manhattan. The WGN drama lasted for two years, and followed the scientists working to build the bomb in the closing years of World War II. Others might recognize Zukerman from the short-lived Fox drama Terra Nova.

Other than the roles above, Zukerman worked primarily in Australia. His first major role came in the police procedural Rush, as Michael Sandrelli. Zukerman stayed with the series for much of its four seasons, showing his strength in the dramatic arcs his character struggled through during the lengthy run.

Later, Zukerman upped his game even further in The Code. The actor stars as computer hacker Jesse Banks in the paranoia thriller series, which just wrapped its second season on ABC (Australian Broadcasting Corporation). The series is a definitely must see for fans of the genre. 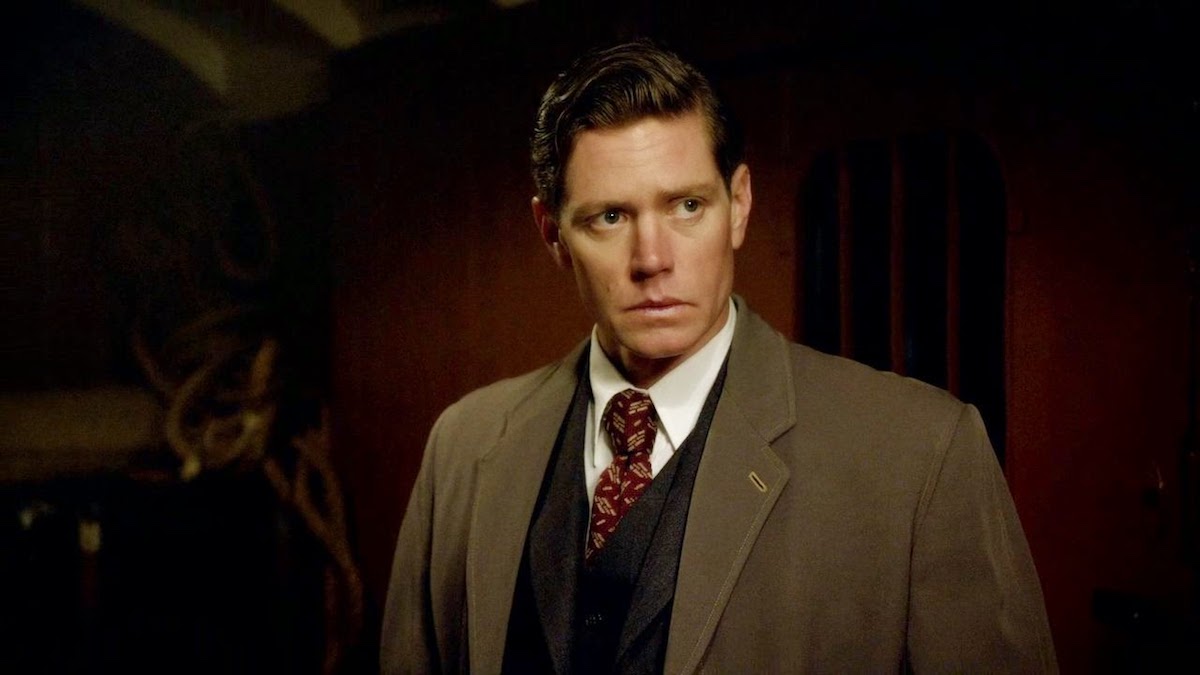 In keeping with the Australian trend, cyclist turned actor Nathan Page is next on the list. Page is perhaps best known by audiences for his turn as Detective Jack Robinson on Miss. Fisher’s Murder Mysteries. Page gives a smart and witty portrayal as the frustrated romantic interest and partner to the fabulous Essie Davis’ Miss. Fisher. The two share some of the best chemistry on television, and Page’s comedic timing opposite Davis is always excellent, and is vital to the success of the series.

The frustrating hiccup in the Miss. Fisher schedule has kept Page pretty quiet over the last few years. However, talk refuses to die down. Audiences would love to see the show return, but the question is how will it look? 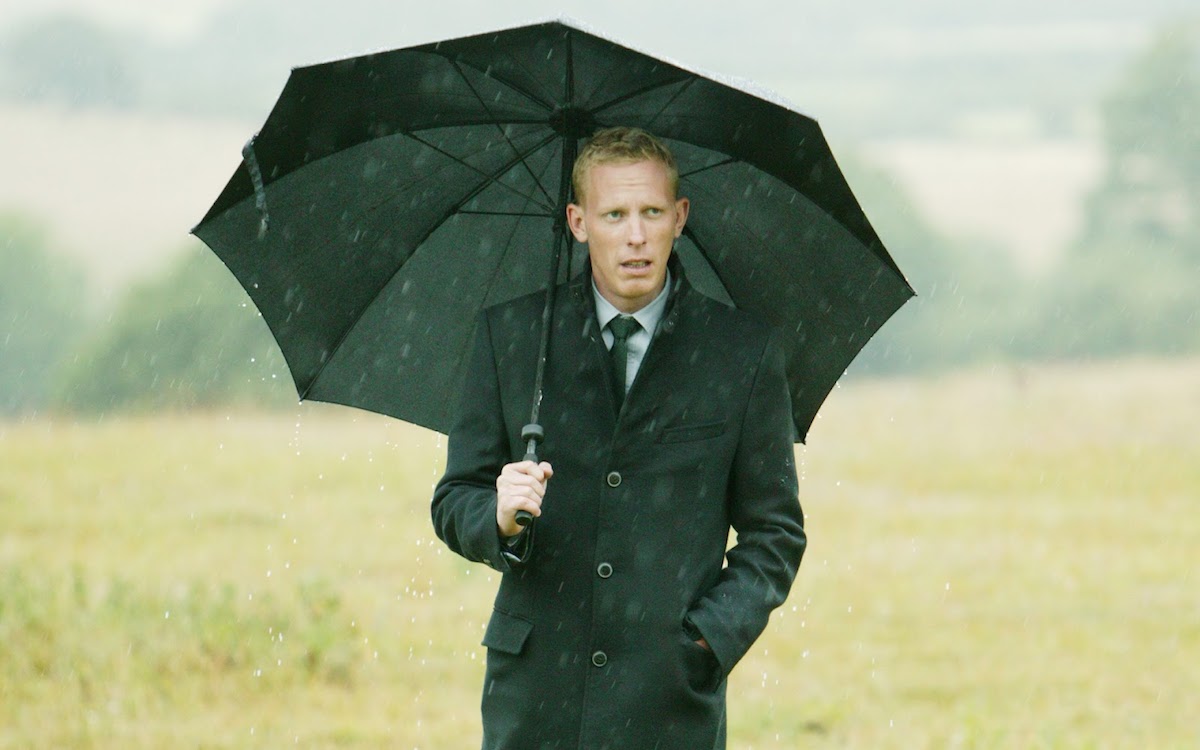 Actor Laurence Fox is a mainstay for PBS viewers in the audience. He played D.S. Hathaway on the long running British police drama, Lewis. The series follows two police officers solving grisly murders with the iconic Oxford University as a backdrop. Hathaway is a former seminary student and frustrated artist, his background allows him to speak to the often academic nature of the crimes. This series is a must see for fans of British police series like Broadchurch and Luther.

Like many others on the list, Fox is highly versatile. He jumps from television to theater and crosses genres with relative ease. In fact, his most recent endeavor has been to start a music career. Fox released his debut album, Holding Patterns in 2016. Fans of singer-songwriters with a bluesy spin should definitely check out his work. 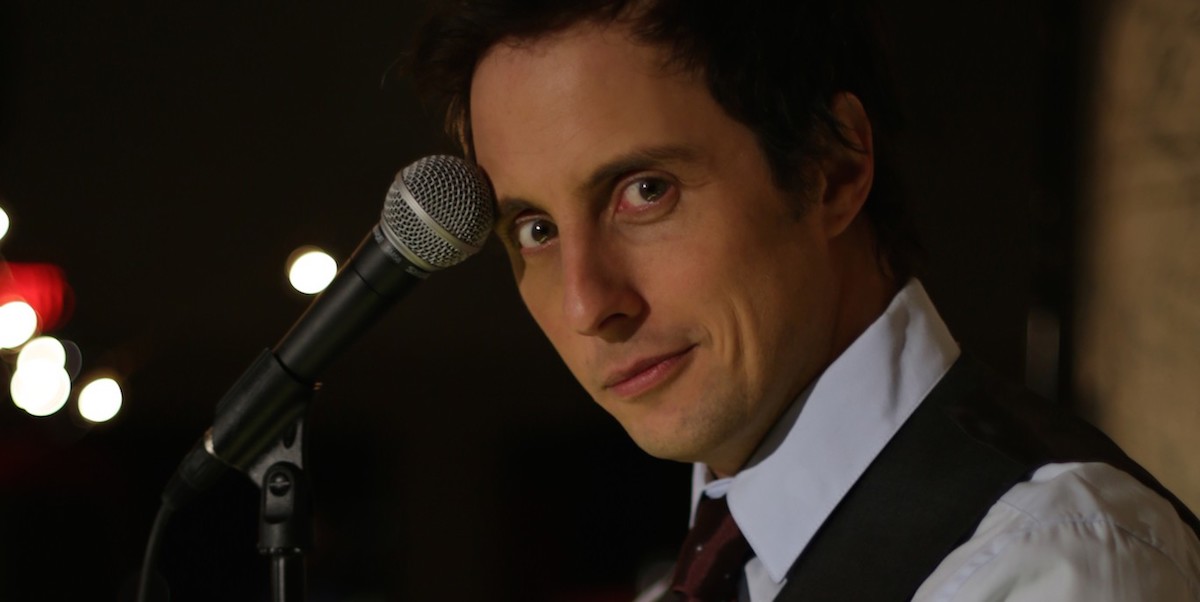 Readers will recognize Jonny Harris as the lovable Constable Crabtree in Murdoch Mysteries. After initially making a name for himself as a stand-up comedian, Harris developed in the iconic Canadian comedy scene, before joining the cast of Murdoch Mysteries.

Harris demonstrates his feature film acting chops in Grown Up Movie Star. The drama stars a pre-almost everything (yet still disconcertingly good) Tatiana Maslany, and features Harris as Stuart. A family friend who was paralyzed while on a hunting trip with family patriarch Ray (Shawn Doyle), Stuart finds himself pulled into a strange relationship with thirteen year old (but wise beyond her years) Ruby (Maslany). The performance is stellar one by Harris, who zeroes in on the layered conflict and complexity within Stuart. Despite everything, he comes off as a sympathetic character, which would be difficult in the hands of another actor.

Harris works regularly in Canada, splitting his time between Murdoch Mysteries and his comedic, documentary series Still Standing. He’s a talented a versatile actor with great things waiting for him.

Are you a fan of these actors? What performers are you waiting for the world to discover? Shout them out in the comments.