Summer is quickly coming to a close and autumn is rolling in. Before too long, Halloween will be here in full force. Horror is one of the oldest genres in Hollywood, with notable examples dating back to the earliest days of cinema. As film evolved over the following decades, horror changed with it. It merged with other genres, and took different forms, but audiences still like to be scared.

For your Halloween viewing pleasure, here are our Top 10 horror movies. 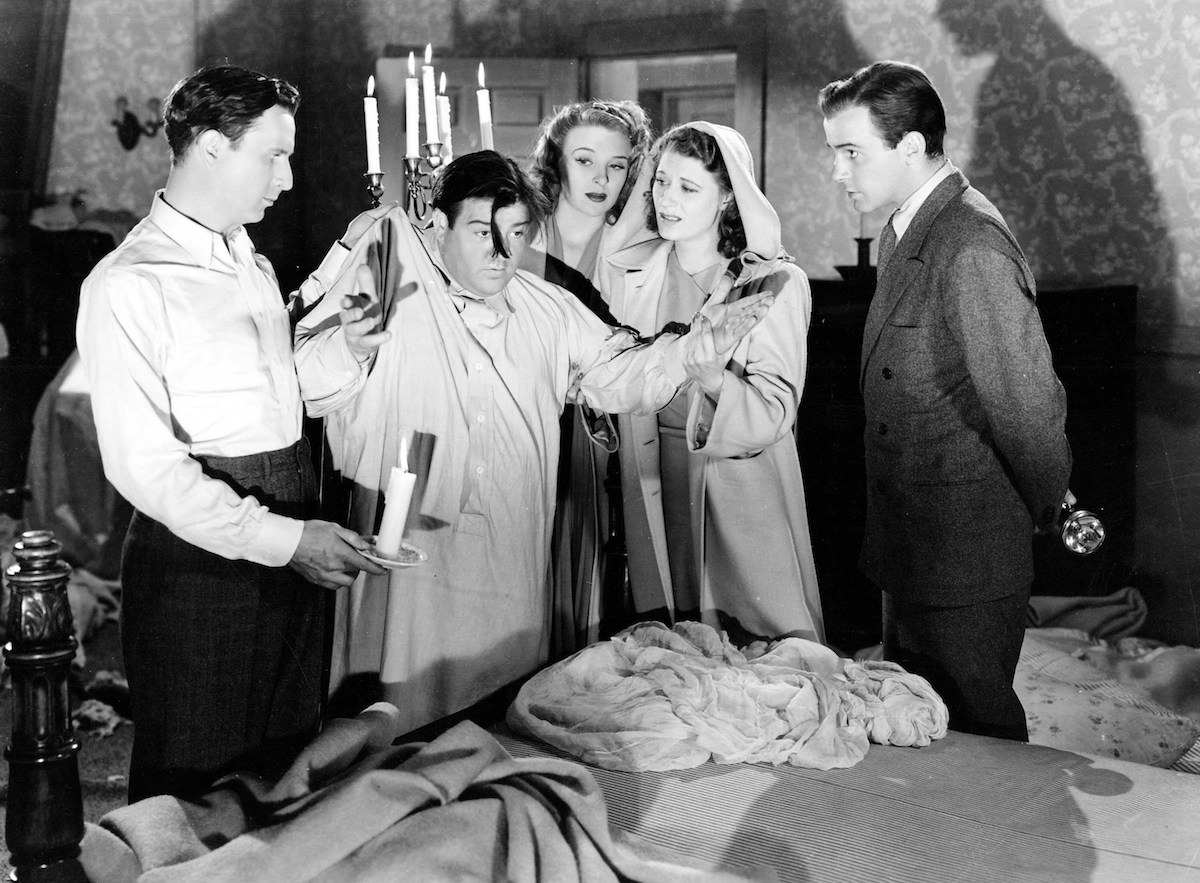 Comedians Bud Abbott and Lou Costello made a number of popular horror comedies during their lengthy tenure at Universal during the 1940s and 1950s. While it is one of their earliest films, 1941’s Hold That Ghost stands as one of their best.

The film follows Chuck (Abbott) and Ferdie (Costello), two gas station attendants who become the unwitting recipients of a mobsters inheritance. Not only do they get “Moose” Matson’s (William B. Davidson) money, but they also find themselves the owners of a rundown, rural lodge. However, a washed out road strands our heroes and their bus filled with people at the lodge, which quickly appears to be haunted. Soon, the group is plunged into a hilariously zany story, seamlessly integrating ghosts and mobsters.

Hold That Ghost features a stellar supporting cast backing up the already talented comedians. Comedian Joan Davis puts forward a career performance as Camille Brewster, a actress who specializes in radio screams. The film also makes a great use of a very young Richard Carlson. The actor was just gaining a foothold in the industry, and would take off in the horror, sci-fi genre popular in the coming years. Legendary singing group The Andrews Sisters also appear in two catchy musical numbers.

2. Tucker and Dale Vs. Evil 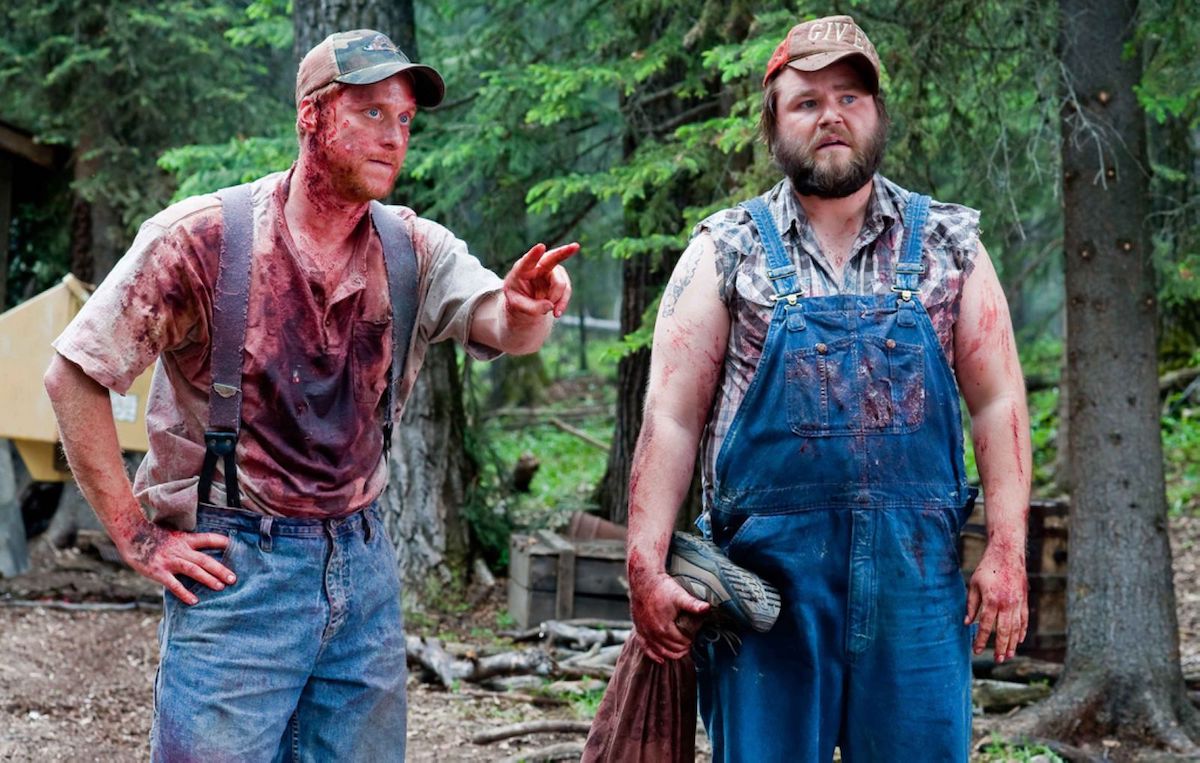 Tucker and Dale Vs. Evil operates on a very simple premise. What if the evil hillbillies who are so often the killers in horror movies are in actuality the good guys? The film follows Tucker (Alan Tudyk) and Dale (Tyler Labine) of the title as they travel to their mountain cabin in hopes of taking a well-deserved vacation. However, it just so happens, that it is at the same time that a group of teenagers are driving to the same lodge to have a good time. As the horror mounts, and teenagers begin dying, the clever reversal on the usual plot keeps things fresh and interesting.

The film features strong performances by Tudyk and Labine, who carry the movie squarely on their shoulders. Both shine in their screen time, crafting fun and interesting characters. If you’re fans of unconventional horror movies, you should definitely take a look at this horror comedy. 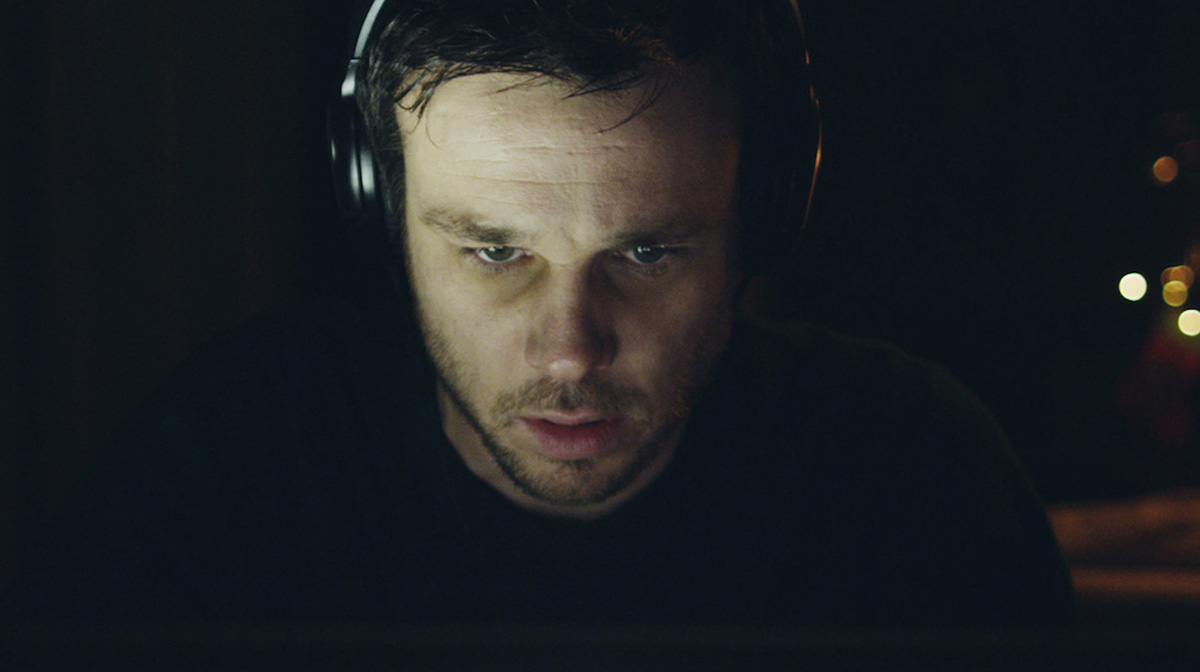 The Canal is a small Irish horror film, which hit theaters in 2014. The film follows a film archivist named David (Rupert Evans) who comes into possession of film reel showing a grisly, turn of the century murder. It just so happens, he recently moved his wife (Hannah Hoekstra) and young son (Calum Heath) into the very house where the murder occurred. As the narrative continues, David’s depression and anxiety grows until he looses grip on his sanity.

The film stands on a superb performance by Evans, who absolutely shines in the role. He easily portrays a sympathetic figure even as his world spirals out of control. The movie features terrifying visuals and well executed effects, notable especially considering the film’s budget. The Canal is definitely an under-appreciated, low-budget horror gem. Definitely add this one to your list. 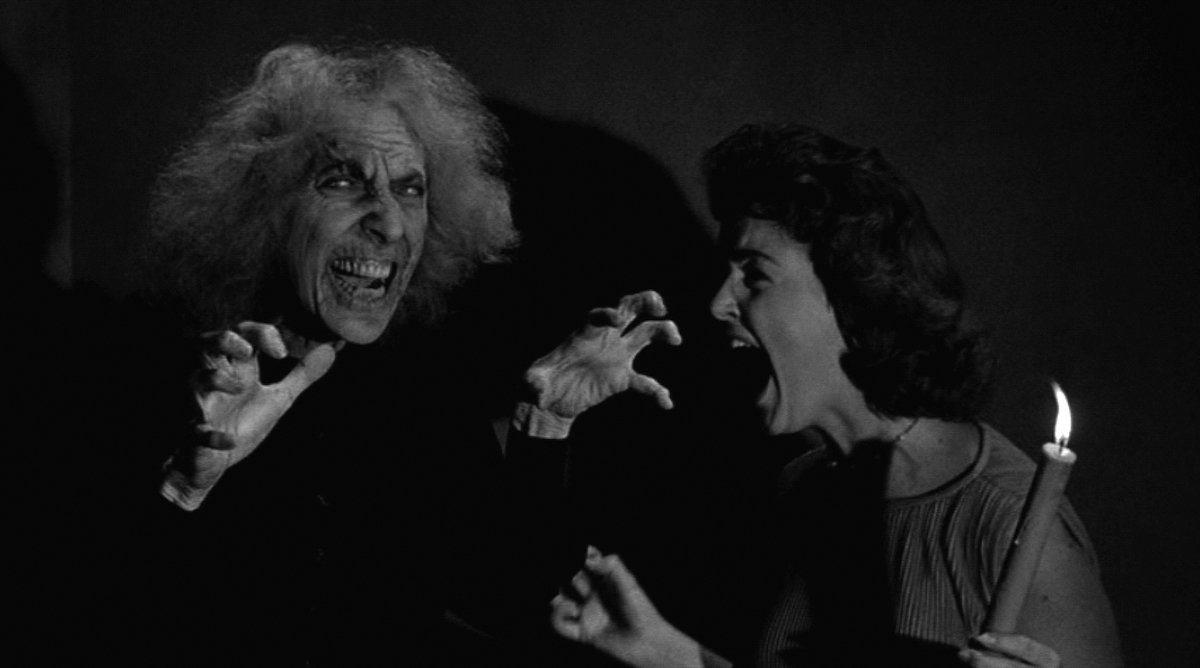 House on Haunted Hill comes from iconic director William Castle. The film follows a group of people descending into the house of the eccentric Frederick Loren (Vincent Price). If they can remain in the terrifying house overnight, he’ll give each of them $10,000 (it is 1959, after all).

The movie is iconic in the run of slightly gimmicky films produced by Castle during this period. However, it is definitely one of the best. The film features a stellar performance by Vincent Price, who is at his most memorable, scene chewing best. Also, House on Haunted Hill still manages to be creepy, executing strong visual effects. From the iconic skeleton rising from the pit of acid, to the scene depicted above, it’s still a difficult movie to watch in the dark. 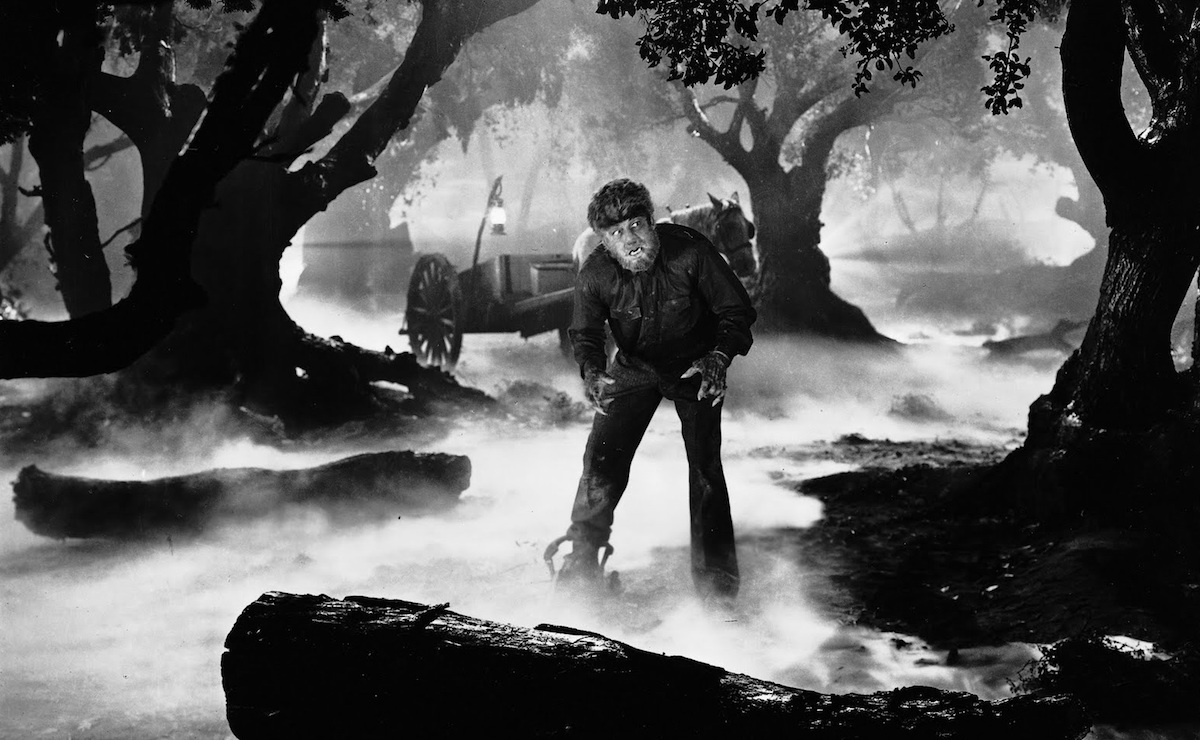 Each of the Universal horror movies of the 1940s are strong and entertaining films in their own right. 1941’s version of The Wolf Man stands out as one of the strongest in the legendary series.

The series follows Laurence Talbot (Lon Chaney Jr) who returns to his ancestral home after the death of his brother. Coming home, he is bitten by a werewolf while trying to save a local girl from the animal. Thus, the famous plot is born.

The film features incredible, fantastical set design which makes amazing use of the Universal backlot. The setting creates an “out of time” feeling, with the characters wandering in and out of foggy moors as wagons and cars appear interchangeably. The Wolf Man is also bolstered by a sensitive and relatable performance by Lon Chaney Jr. The actor (and son of the silent film horror legend) hit is stride after this movie, making him a horror legend in his own right during the 1940s. 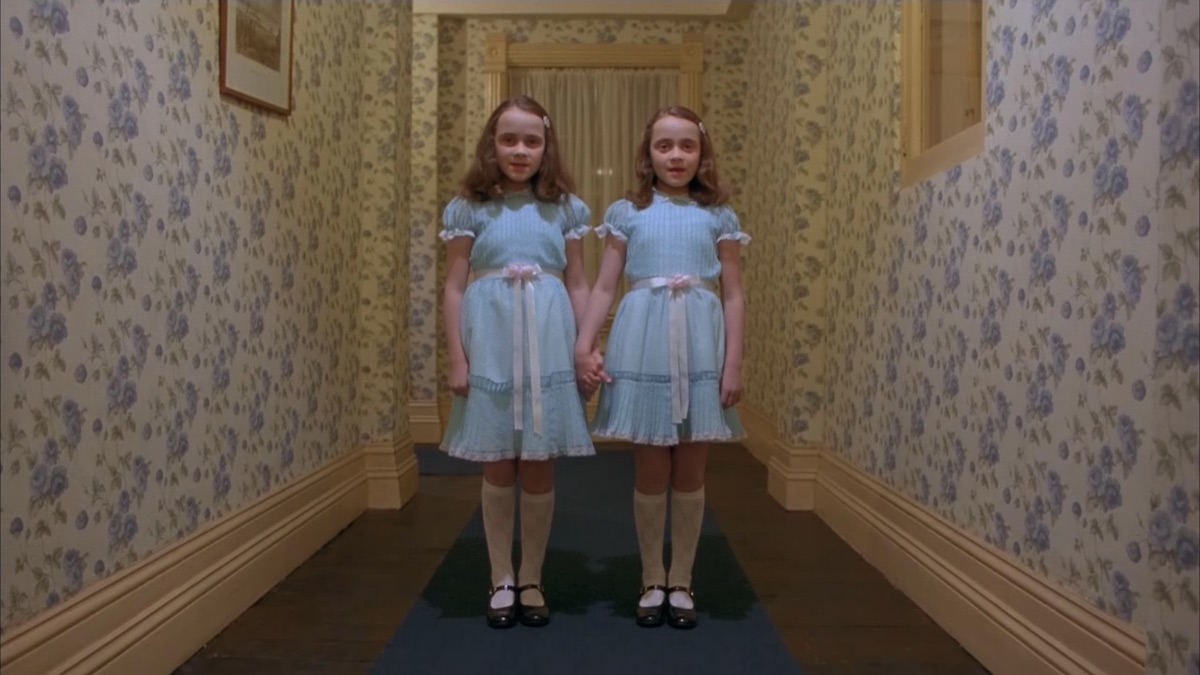 The Shining still stands as a work of iconic horror, placing director Stanley Kubrick among one of the legends of filmmaking. The film comes from Stephen King’s novel of the same name, and follows a family when the patriarch (Jack Nicholson) takes a caretaker job at a rural mountain hotel. While there is plenty of frightening horror imagery at the terrifying resort, the film also tackles more subtle forms of terror. Jack Nicholson gives a stellar performance as Jack Torrance, a man who is quickly loosing his grip on reality.

The Shining is yet another stellar work of horror, combining not only haunted house frights, but a more over-the-top slasher element. The film is spot on from the acting, to the camerawork and even the carefully crafted visual appearance. The Shining is a must see for horror movie efficianados.

7. The Woman in Black 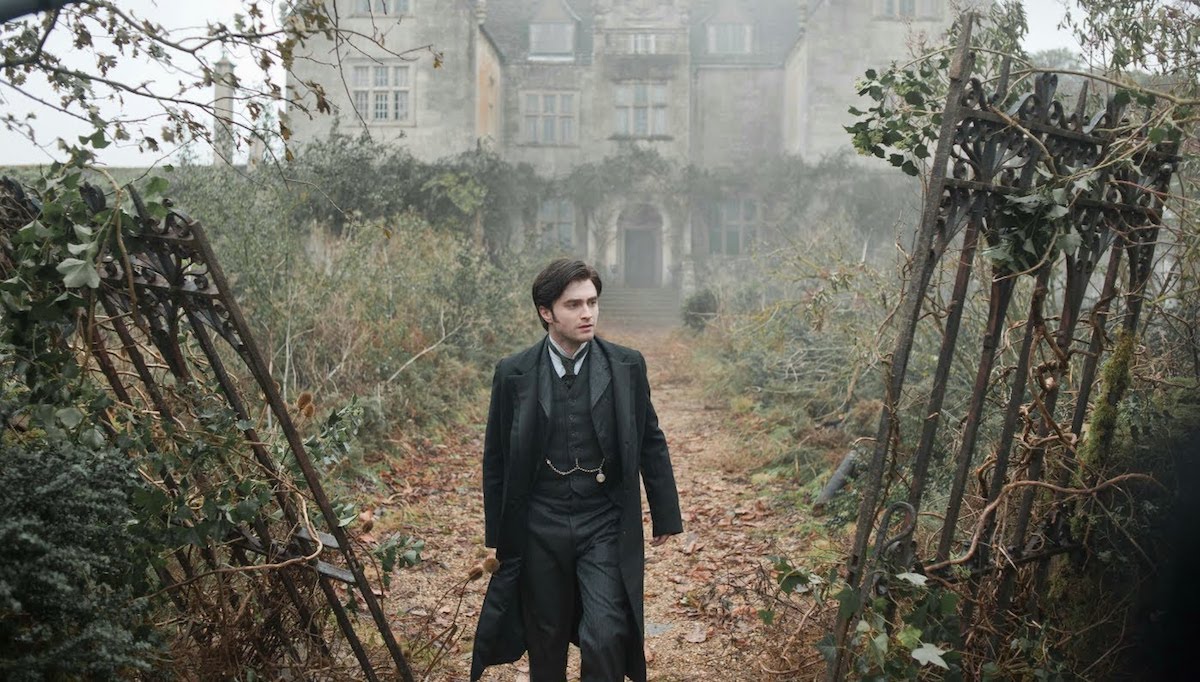 Daniel Radcliffe jumped into Woman in Black during his frenzy of work after the Harry Potter universe came to a close. The movie features Radcliffe as Arthur Kipps. The widowed lawyer and single father must move into a spooky house while he organizes the affairs of the recently deceased owner. While there, it seems the grounds (and the village around it) are still haunted by the horrifying Woman in Black.

The film is a return to form by the iconic Hammer Films, which released notable horror movies in the United Kingdom throughout the middle of the 20th century. Woman in Black is a solid haunted house movie, serving up creepy frights and startling imagery. The film also brings a stellar performance by Radcliffe who hones in on Kipps as a lost soul in the wake of personal tragedy. 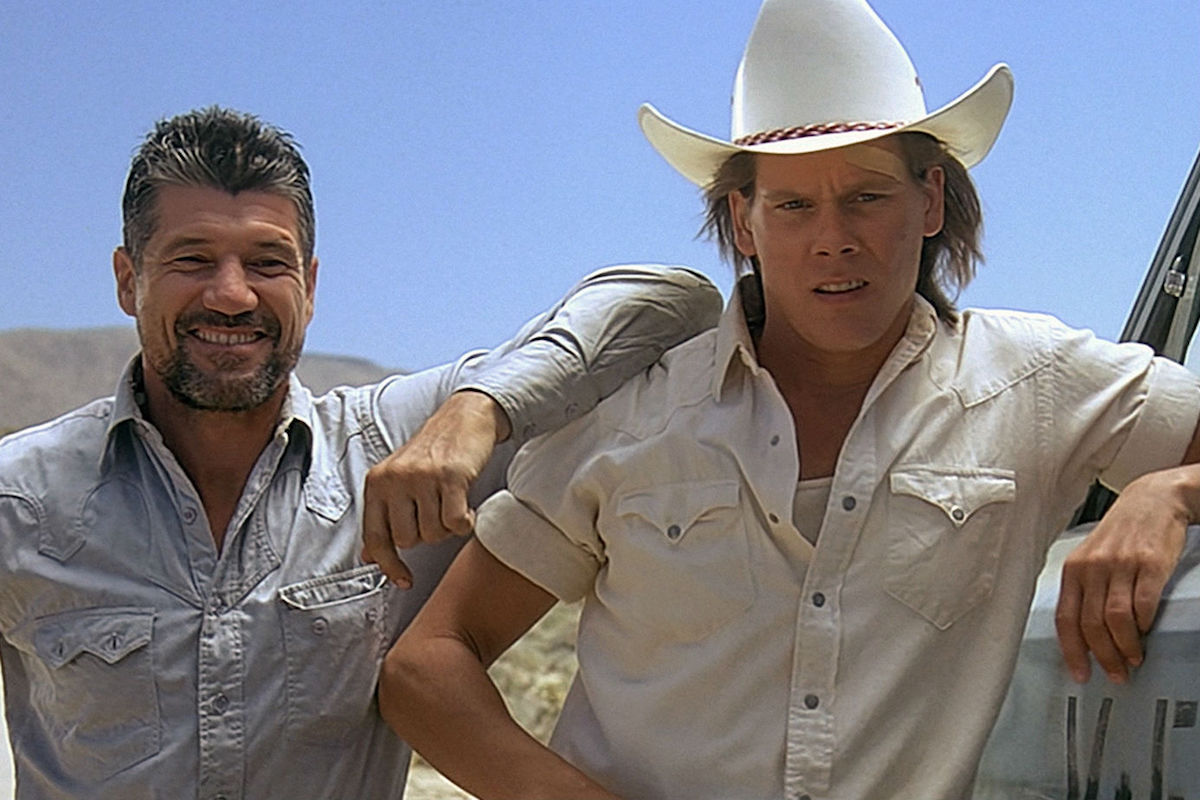 This horror comedy started small, but quickly evolved into a legendary horror comedy franchise. While some have been much better then others, ultimately the first Tremors the best.

Tremors features Kevin Bacon and Fred Ward. Together, the two men find themselves tasked with saving a small desert town from a hoard of worm-like, alien creatures. The science fiction, fantasy in the series is fun and inventive. However, it is the chemistry which makes this movie. Not only do Ward and Bacon share amazing chemistry, but actor  Michael Gross puts forward a career making performance as ammunition enthusiast, and career “prepper” Burt Gummer. Tremors is a stellar piece of horror comedy, which served as the jumping off point for a lengthy franchise.

Check out where everything got started. 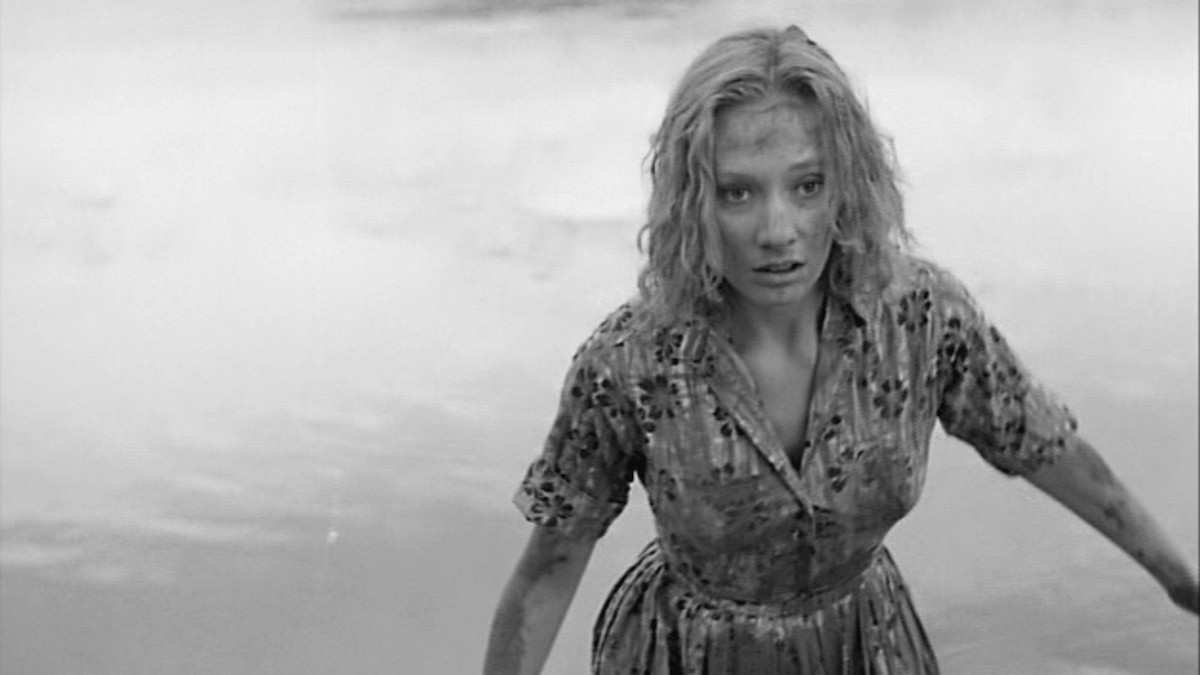 The 1960s saw low budget horror become a popular trend in Hollywood. While the most popular example is George Romero’s Night of the Living Dead in 1968, another interesting film is 1962’s Carnival of Souls. The film follows a woman (Candace Hilligoss) who, after stumbling out of a car wreck, finds herself mired in a psychological meltdown. Is she going crazy? What are the strange beings she keeps seeing? Anything more would be spoilers…

Herk Harvey directed the movie, which stands as his one venture into feature territory (the rest of his filmography is comprised of shorts). For a small budget film by an inexperienced director, Carnival of Souls has some unreal staying power. Fans of atmospheric horror should enjoy this movie. Everything about Carnival of Souls is uneasy, from the visuals to the music cues, and even the careful use of pulsating silence. This isn’t a movie which relies on its effects, most of which are more practical based make-up and costumes.

This is admittedly a deeper cut on this list, but fans of classic cinema as well as the horror genre should check out this little film. This 55 year old movie, coming out of the midwest has stuck around, and it shows another quieter side to the horror genre.

Slasher movies are surprisingly absent from this list (just not a fan, sorry, not sorry). However, The Belko Experiment breaks that trend. The spring 2017 release spotlights a group of Belko Corporation employees. Upon going to work on a seemingly normal day, they find themselves locked in their office. A voice comes over the loud speaker, threatening that unless they kill a certain number of people, their heads will explode.

The film is a stellar partnership between writer and producer James Gunn and horror director Greg McLean. As a result, The Belko Experiment brings a hysterically tongue-in-cheek tone to a graphic, gore horror film. The performances in the movie are stellar, with Tony Goldwyn and John Gallagher Jr. leading the pack.

Did we miss a movie? What are your favorite Halloween/Horror movies? Shout them out in the comments.