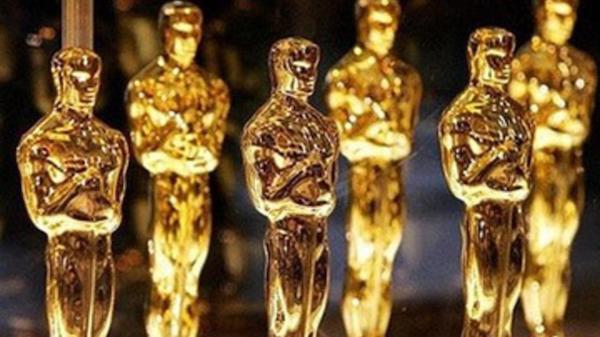 Every year, one movie is declared the Best Picture of the Year during the Academy Awards. However, at the same time there are plenty of films which don’t make the final cut. These films are our favorites to earn nominations for Best Picture, but ultimately lost in the end. What movies would make your Top 10? 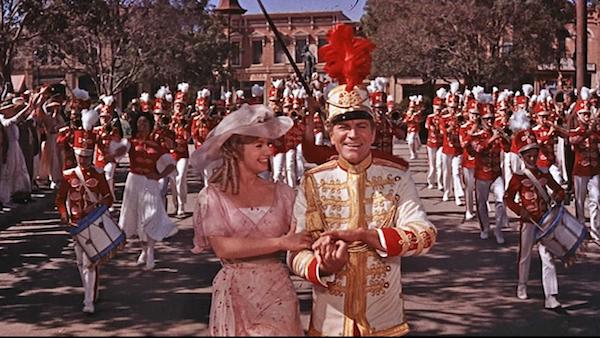 The Music Man was nominated in 1962, which proved to be a year of hard fought competition. While Lawrence of Arabia dominated, classics The Longest Day and To Kill a Mockingbird also earned nominations that year.

The classic musical stars Robert Preston as Professor Harold Hill, a salesman traveling the American midwest selling boy’s marching bands. Due to Hill’s lack of musical training, he romances the local piano teacher and librarian (the always amazing Shirley Jones) in hopes of winning her to his side.

The Music Man is an enjoyable film where everything simply goes right. While Preston wasn’t the studios first choice, he did win a Tony Award when he originated the role on Broadway. The Music Man captures the stellar Preston at his peak, as well as an equally talented supporting cast. 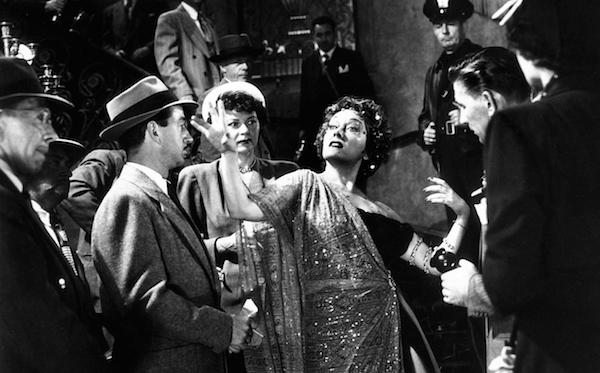 Sunset Boulevard was nominated for 11 Oscars during the 23rd annual Academy Awards. Unfortunately, this was the year All About Eve triumphed. As a result, the Billy Wilder film noir only earned three awards: Best Story and Adapted Screenplay, Best Score, and Art Direction.

Sunset Boulevard is a stunning work of late film noir. Combine the polished look of the film, with the always solid Billy Wilder script, the result is a truly classic work of American cinema. 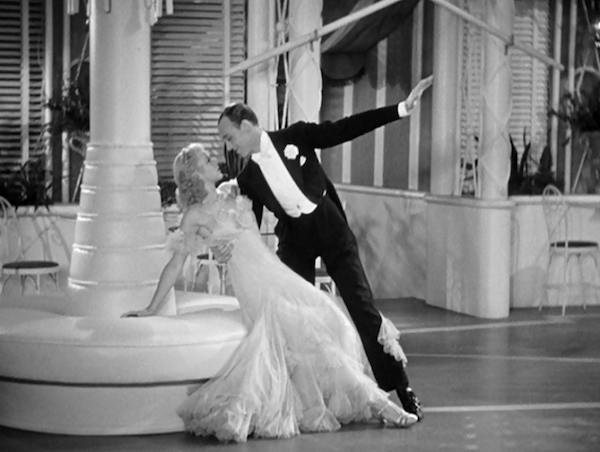 The Gay Divorcee is the second filmed pairing of Fred Astaire and Ginger Rogers. The movie, which is widely considered to be one of their best, was nominated for 5 Oscars during the 7th Academy Awards. However, this was the year It Happened One Night dominated the awards.

The film follows song and dance man Guy Holden (Fred Astaire) as he takes a trip to Europe. While there, he meets the unhappily married Mimi Glossop (Ginger Rogers). The two reluctantly fall in love, as she’s struggling with a difficult divorce. Guy becomes unwittingly involved when she confuses him for the correspondent (Erik Rhodes) paid to end her marriage.

The Gay Divorcee combines classic musical sequences, the finely turned chemistry between Fred and Ginger, as well as delightful performances by character actors like Rhodes, Eric Blore and Edward Everret Horton to make the film the stellar success it is. 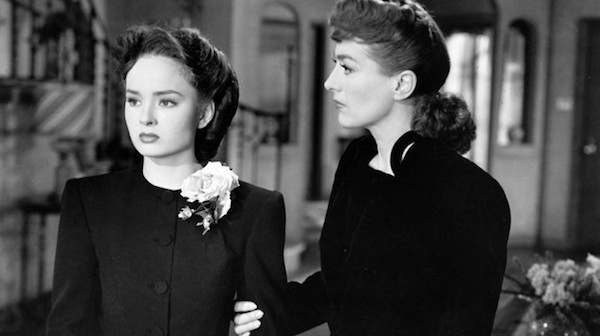 Mildred Pierce is yet another iconic film noir. The film was nominated for Best Picture in 1945 opposite stiff competition including: Anchors Aweigh, Spellbound, The Bells of St. Mary, and finally The Lost Weekend (the eventual winner). That year, Mildred Pierce received nominations for a total of five Academy Awards. Actresses Ann Blyth and Eve Arden each earned nominations for Best Supporting Actress. The black and white cinematography as well as the screenplay both received nominations as well.

The film follows the life story of single mother Mildred Pierce (Joan Crawford) as she struggles to raise her daughter Veda (Blyth). However, when her second husband dies, the darkness of film noir shrouds the narrative. Twists and turns abound.

The Academy liked darker films that year. This was the year of The Lost Weekend, another film which has come to be remembered as a classic of American cinema.

5.) FOUR WEDDINGS AND A FUNERAL 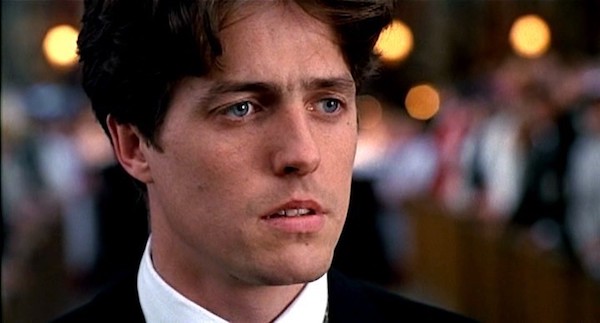 Four Weddings and a Funeral doesn’t feel like is should have premiered 23 years ago, but it was. The Hugh Grant starring vehicle earned nominations for Best Picture and Best Original Screenplay in 1994. However, this was the year of Forrest Gump, Pulp Fiction and the The Shawshank Redemption…. and this poor little film didn’t have a chance.

The film follows a group of friends, led by Charles (Hugh Grant) capturing a snippet of their lives as they watch friends fall in love, get married and fall on hard times.

Four Weddings and a Funeral is a poignant romantic comedy, which comes from the masterful creative mind of writer Richard Curtis, and direction by Mike Newell. The film brings together a stellar cast of supporting actors, including Kristin Scott Thomas, Simon Callow and a stellar early performance by John Hannah.

6.) ALL THE PRESIDENT’S MEN 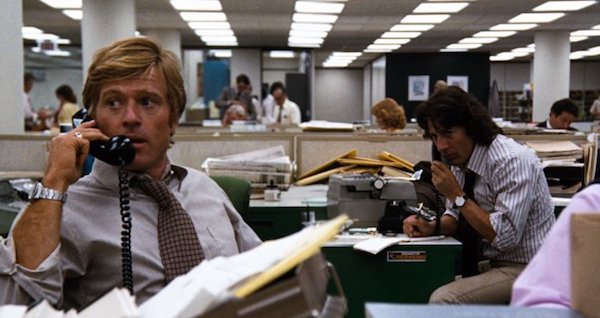 With politics being… how it is… it seems wrong not to include this film. All the President’s Men earned six Academy Award nominations in 1976. Besides its’ nomination for Best Picture, it also earned nominations for Best Art Direction, Best Director, Best Editing, Best Adapted Screenplay,  Best Sound, Best Supporting Actor and Best Supporting Actress. However, 1976 was a stellar year in American cinema, and not only was the film competing against Rocky, but also the classic Network.

All the President’s Men comes from a genius creative team. Director Alan J. Pakula was riding a wave in the 1970s, working on well remembered films like Klute and The Parallax View. The film brings a stark realism to the screen, which inspired later contemporary classics like Spotlight.

Mister Roberts follows the crew of the S.S. Reluctant in the waining days of World War II. The ship’s frazzled executives: Mister Roberts (Henry Fonda), Ensign Pulver (Lemmon) and “Doc” (William Powell) must battle with Lt. Commander Morton (James Cagney) for even the simplest entertainment for their bored crew.

The film is based on a stage play, which is very evident in its’ simple structure. However, it is the stellar performances of the talented cast which makes Mister Roberts. Jack Lemmon comes to his own, and often steals the show. Meanwhile, Henry Fonda shines in one of his more overlooked roles. 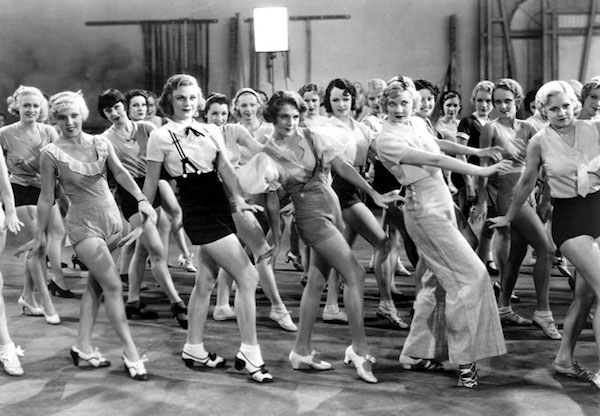 42nd Street is the first in the long-line of Busby Berkeley musicals which dominated the Warner Brothers release schedule during the 1930s. After its’ 1933 release, 42nd Street received two Academy Award nominations (Best Picture and Best Sound Recording).

The film is an age old Broadway tale. A plucky young understudy (Ruby Keeler) must step in for the injured star (Bebe Daniels) at the last minute.

42nd Street features enjoyable and memorable music numbers performed by a talented cast. All of the Berkeley stars are there. Ginger Rogers, Dick Powell, and Ruby Keeler each deliver strong performances in the memorable musical. 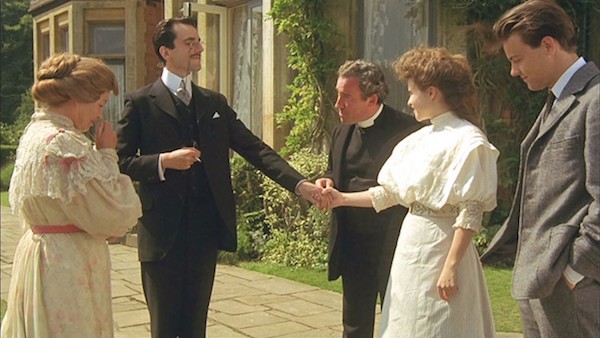 Pick a Merchant Ivory picture, and you can be darn sure that it earned at least one Academy Award nomination. The period dramas are tailor made for Oscar love. A Room with A View earned eight Oscar nominations after its 1985 release.

The film follows the plucky Lucy Honeychurch (a pre-everything Helena Bonham Carter) as she travels to Italy with her chaperone Charlotte (Maggie Smith in an Oscar nominated performance). While in Italy, Lucy meets and falls for George (Julian Sands), a fellow English tourist.

A Room with a View is a who’s who of British cinema in the 1980s. Besides those mentioned above, the film features stellar performances by Simon Callow, Judi Dench and Daniel Day Lewis. The film also casts Rupert Graves (Lestrade in Sherlock) in one of his earliest film roles.

While disaster films were king in the 1970s, the Airport series became increasingly silly and over-the-top. However, the first film (simply titled Airport) is a legitimately strong film. The Motion Picture Academy nominated Airport for 10 Oscars in 197o. Unfortunately, the film only brought home one award, recognizing acting legend Helen Hayes for best supporting actress.

Airport follows the lives of a number of characters on-board an airplane crippled by an explosion. As the limping plane struggles to stay in the air, bad weather hampers rescue efforts on the ground.

Airport is a character drama wrapped in a candy coated, disaster movie shell. The film handles the disaster elements well, with the cast of stellar supporting players really bringing the film’s success home. Dean Martin puts forward an amazing performance in a rare dramatic role. The film features more legends than can fit on a marquee, in what would be the first in a long series of films.

While these are not necessarily the Best Movies to not win, or even films that were snubbed. However, these are some particular favorites.

Did we miss something? Shout it out in the comments.