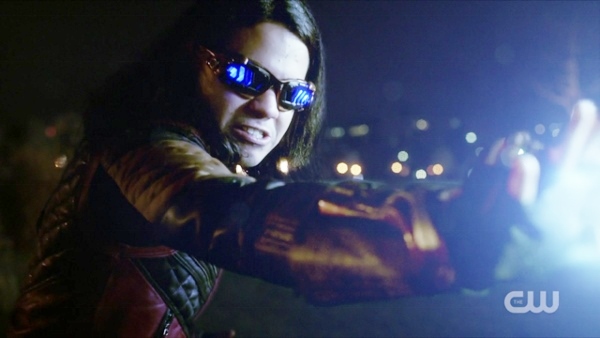 Last week on The Flash, Team Flash are trying to find a way to save Iris.  Cisco faces a worthy adversary to save HR from certain death.

Kid Flash is getting a lot of publicity…and he loves it. Barry trains Wally and they encounter a speeding vehicle that is about to crash into a bus full of cheerleaders.  Wally is able to stop the crash from happening. The cheerleaders are very grateful to Kid Flash.  (That’s so cute!) 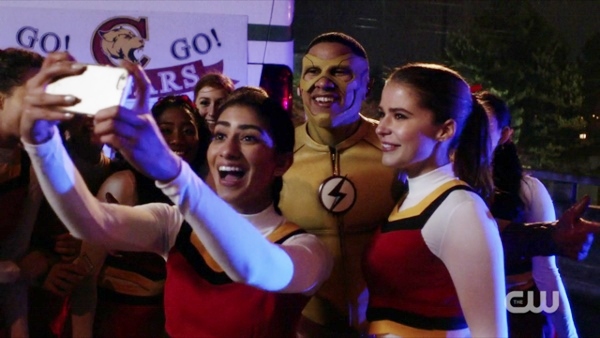 HR Wells (Tom Cavanagh), from Earth 19 has always been a bit odd.  He struggles to live up to the name of Harrison Wells.  HR is completely opposite of the Harrison Wells that Team STAR Labs has come to know.  He is just now finding his place on the team and now his life is in danger.

It seems that inter-dimensional travel is illegal, punishable by death on Earth 19.  A metahuman named Gypsy (Jessica Camacho), a bounty hunter has been sent to capture HR and take him back to E19 to face his death penalty.  Gypsy’s power is that she vibes…better than Cisco (Carlos Valdes).

So, the death penalty is pretty harsh.  However, HR isn’t the most popular member of the team.  It’s no secret that Cisco gets very annoyed by HR.  So it is surprising to see Cisco jump to HR’s defense. Or maybe it’s because Cisco is in love!  He likes the bad girls.  Cisco challenges Gypsy to the death for possession of HR.  Crazy right? 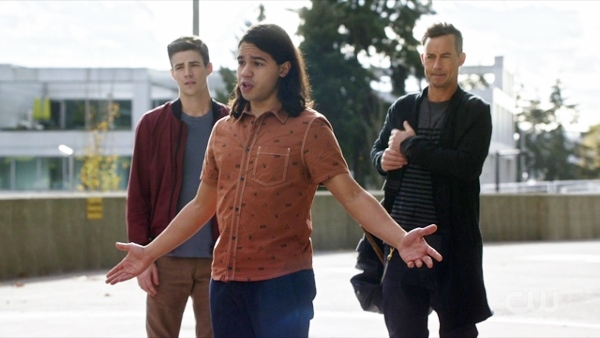 The team is ready to defend HR, but the big question is why HR risked his life in the first place to come to Earth 1.  HR explains to Cisco that despite his fame and fortune, he knew he didn’t matter. He wanted to re-write his story so that he could make a significant impact on the world.

Later HR asks Cisco why he’s helping him. Cisco says that HR is so different from the other two Harrison Wells. They were geniuses that he looked up to. Cisco depended on them.  Since HR is opposite of them, it’s like HR depends on Cisco.  In a way, it’s Cisco’s chance to return the favors that Harrison Wells did for him.

Barry’s attention is on Cisco and trying to help him.  Barry is very protective of Cisco as well, even though Cisco actually has powers.  Julian (Tom Felton) isn’t quite convinced that Cisco can beat Gypsy. She’s pretty tough. This causes Barry and HR to act on Cisco’s behalf.  Thus, causing Gypsy to alter their arrangement and taking HR as leverage. 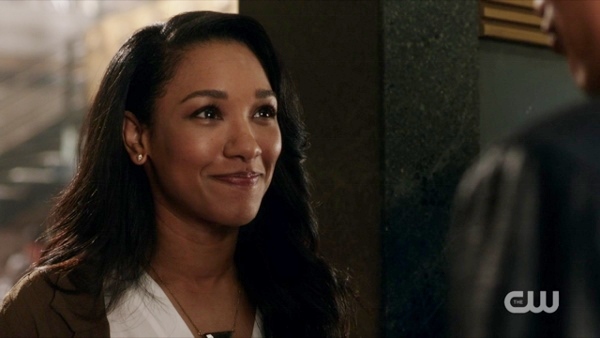 While the team is helping Cisco prepare for his battle, Iris (Candice Patton) teams up with Wally (Keiynan Lonsdale) to get a big story.  She tried working with Joe (Jesse L. Martin)  and Barry (Grant Gustin), but both are so protective of her that they won’t allow her to put herself in danger.  Iris uses the Brother-Sister team up to convince Wally to help her get information about an arms dealer from Joe’s desk.  She explains to Wally that she wants to be more than just Joe’s daughter or Barry’s girlfriend. She wants her life to matter and make a significant impact on the world. Sound familiar?

Barry tells Cisco that he let his anxiety about Iris and Savitar get the best of him.  Julian tells Barry that there’s no way he will achieve the speed he needs to save Iris. The best that Barry can do for both Iris and Cisco is to remain positive. He give Cisco a pep talk saying that he can handle the stress of being a superhero because he knows he has Team STAR labs backing him.

Iris and Kid Flash find the dangerous arms dealer that Joe warned her about.  She knows she is supposed to die in May, so that gives her some kind of courage to face the dealer who is pointing a gun at her. (Iris forgets that the future is not set in stone.) She shows no fear and is able to distract him long enough for Kid Flash to take him down.

Joe and Barry are furious when they find out about what Iris and Wally did.  She snaps back at them about how it is a good story.  And that Barry isn’t the only who is allowed to do good things for people.

Cisco fights Gypsy…more like major flirting.  They use their portal opening powers to go into other earths and dimensions, like the Catco Offices in National City.  Cisco finally gets the best of Gypsy, thanks to help from Julian.  Earlier Julian watched a tape of Gypsy and noticed that her feet were not planted on the ground for a split second when she exits a portal.  Cisco uses his reverb to throw her off balance, defeating her, but not killing her. 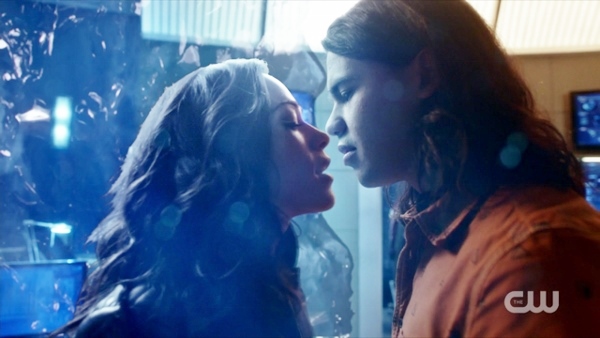 Gypsy says she will return to Earth 19 and report HR’s death. So he can never return to Earth 19.  HR gives her coffee for her trip home.  Before she leaves, she leans into Cisco for a kiss….and disappears before their lips touch.  Aw Man!

Later HR asks Cisco tells HR about the first Harrison Wells when he told Cisco that he will get the opportunity to be a hero. When that time comes to be ready. He tells HR that his time will come too. He needs to make sure he’s ready.

OH and a big revelation for Barry…Wally is much faster than Barry.  They’ve been testing him and his speed is increasing faster than Barry’s. So Wally will be fast enough to save Iris from Savitar.

I liked this episode because Cisco and Iris stepped up to be the hero this time.  I often forget that Cisco has powers.  He never uses them.  So to see him step into the hero role was fun to watch. Of course everyone wonders why he would defend HR. Even HR pointed out that Cisco hates him.  Cisco’s explanation made sense.  HR is still Harrison Wells. He has his moments, he says some logical things sometimes…in his own weird way.  And there’s no way the team would allow anyone to kill a member of Team STAR Labs, no matter how annoying they are.  HR is kind of like a puppy.  He needs some training and he does mess things up sometimes, but he’s still a part of the family.

IRIS! Finally they give her an opportunity to say, “Hey! I’m not weak!” Because she’s not.  Iris wasn’t always my favorite. She was pretty annoying the first season.  But now I like that she’s trying to find a way to contribute to the team.  I don’t like that she always has be the saved by Barry and now Wally.  Iris can do so much more than be in the way. And this episode showed that. Sure a reporter is not a superhero. And Iris put herself in unnecessary danger to get her story, but she showed she was tough and had the courage to stand up against the bad guys. Now…just give her a meta power and Iris will be one bad mama-jama!