Earlier this summer, CW announced their Fall TV line up. Supergirl will return to her Monday night time slot, The Flash and DC’s Legends of Tomorrow will continue to air back to back on Tuesdays, and Arrow stays on Wednesday nights, but in a new time slot.

For the crossover event only, Arrow will air on Monday Nov. 27 immediately following Supergirl.  The crossover will conclude on Tuesday Nov. 28 on The Flash followed by DC’s Legends of Tomorrow.

“Last year’s crossover was our most successful week I believe in CW’s history,” CW boss Mark Pedowitz said. “We felt that in this particular case, we already had Flash and Legends paired. It would be better and tighter in terms of storytelling to make it like a two-night, two-hour miniseries. We thought this was a tight, concise way of doing it. Next year, we may go back to four nights.” 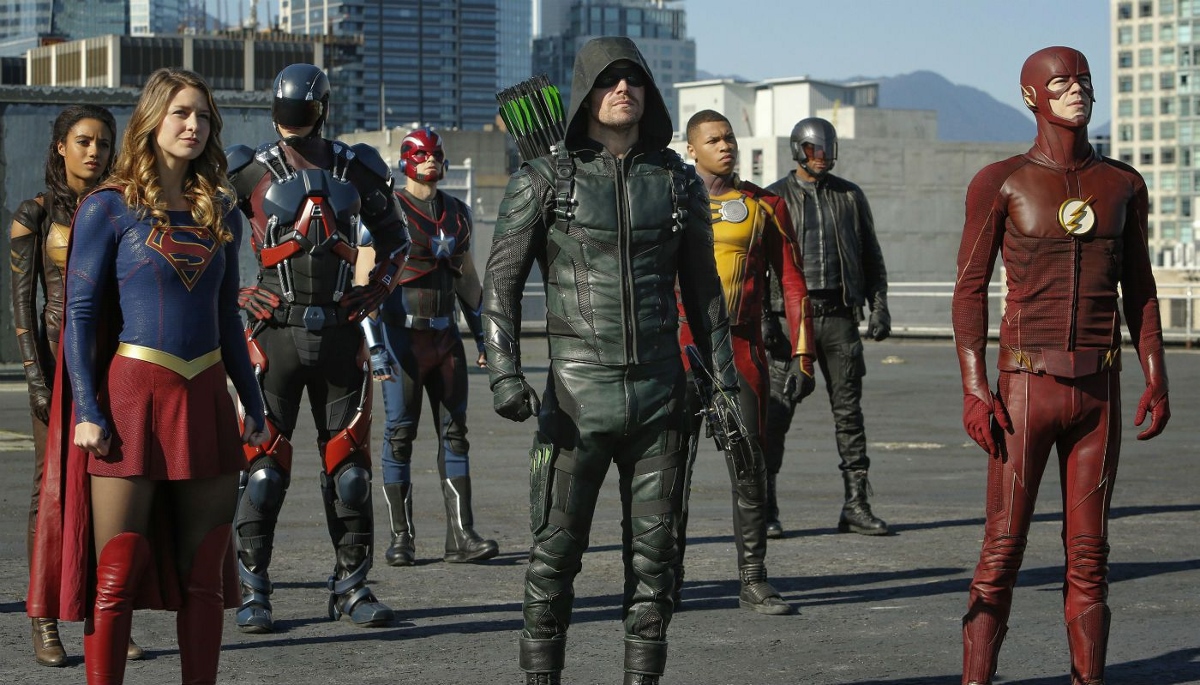 The Arrowverse Fall 2016 Crossover event was the biggest event of the season.  Although, it was not a true four show crossover. The crossover began in the last 10 minutes of Supergirl.  The story continued through the other three shows with Supergirl included in on the action.

So much happened in the last crossover. Supergirl crossed into the Arrowverse to help Team Flash, Team Arrow, and Team Legends investigate the Dominators. The Dominators used a crystal to put everyone under their control. Everyone but Arrow and Flash. Once they were freed, the Dominators took Arrow, and his team. They were put in a deep sleep and transported to a world where they are just normal human beings.  They were able to get out of their dreamworld and back to reality. Once back on Earth, Team Arrowverse stopped the Dominators from destroying the meta- humans and all was right with the world.

So what could possibly top that?

Supergirl premieres Monday, October 9.  The Flash and DC’s Legends of Tomorrow premiere Tuesday, October 10. And Arrow returns Wednesday October 11, all on the CW!