Can you believe Thanksgiving is next week? No, not the appropriate day to start listening to Christmas music – Thanksgiving. You know, the day where we all overeat and subsequently pass out from the overabundance of Tryptophan in our systems. The neglected holiday. But, no more. Thanksgiving will receive the attention it deserves – starting now. Of course, what better way is there to commemorate a holiday than by watching TV? Here I’ve compiled a short list of the best Turkey Day TV episodes one can proudly binge. Celebrate the best holiday by living vicariously through other people. Thanksgiving is the new Christmas. 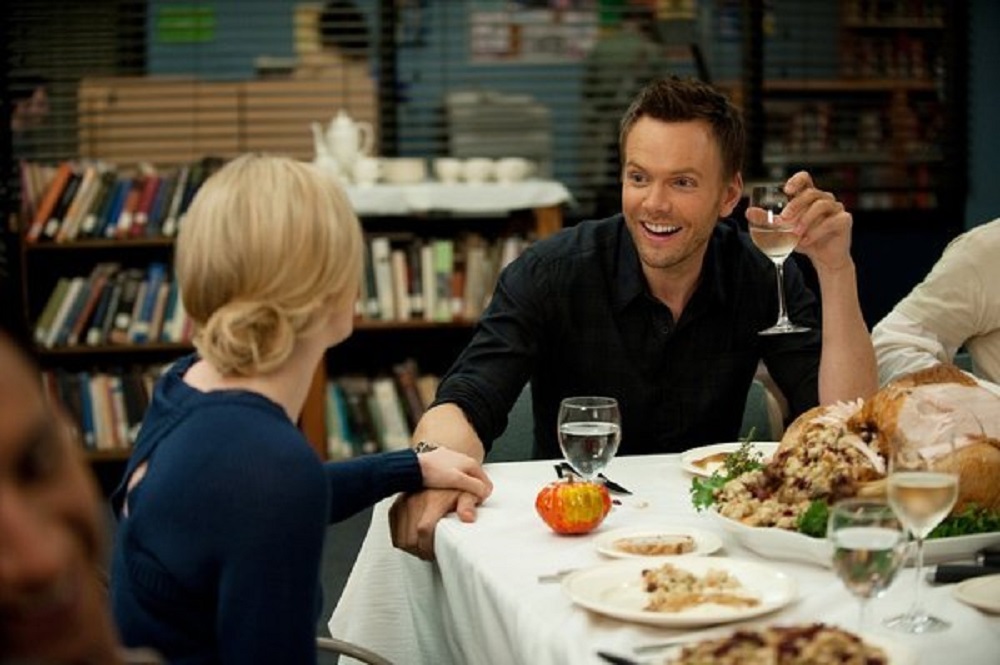 Community is truly the best at holiday-themed episodes. You may recall their Halloween stint I mentioned from my favorite Halloween TV episodes article (or not). Dan Harmon is a Master of the Meta, as well as a Master of Themes. Now, Season 4 of the comedy series was bereft of Harmon. Community‘s tone certainly changed with the loss. However, The Darkest Timeline still boasted some beautiful gems, including this episode. “Cooperative Escapism in Familial Relations” finds our favorite Greendale gang dealing with Thanksgiving drama. Jeff (Joel McHale) and Britta (Gillian Jacobs) venture to William Winger’s (James Brolin) humble abode for a Thanksgiving feast. William is Jeff’s newly discovered, estranged father.

Meanwhile, the remainder of our heroes try to weasel their way out of Thanksgiving with Shirley’s (Yvette Nicole Brown) dysfunctional family. Community‘s comedic dialogue is still sharp as a whip in this episode. Everything is pitch perfect, and perhaps all too relatable. 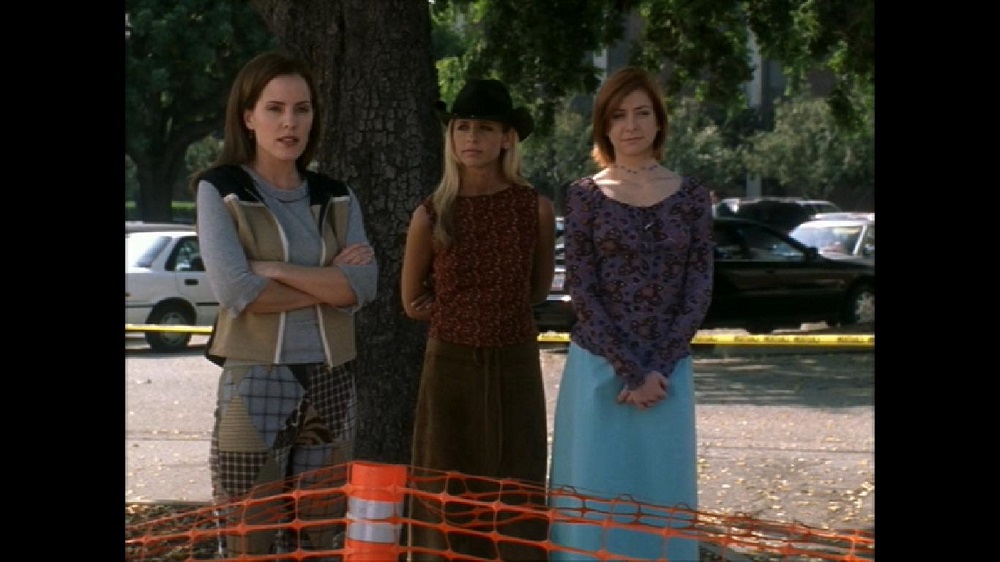 Buffy the Vampire Slayer is also masterful with holiday-themed episodes. Joss Whedon really paved the way for thematic TV (see Exhibit A: “Once More, With Feeling”). Season 4 itself was a little off kilter overall (see Exhibit B: “Beer Bad”). However it also brought forth standout episodes like “Pangs” and “Hush.” Ah, the curse of the Season 4. Anyway, “Pangs” brings our Scoobies together for a Thanksgiving celebration with Giles (Anthony Head).

Of course, a Buffy the Vampire Slayer episode is not complete without a Big Bad to fight. Buffy (Sarah Michelle Gellar) stumbles upon the spirit of a Native American warrior whose people were wiped out by settlers. At the time, Whedon made a bold move by sending out this loud and clear message. Over the course of the episode, we see them try to crack the case of said spirit, which enters Spike (James Marsters) at one point. Even Angel (David Boreanaz) makes an appearance. This episode is chock full of the dry wit Whedon is so adept at. Not to mention, it’s peppered with memorable one-liners and holiday cheer. 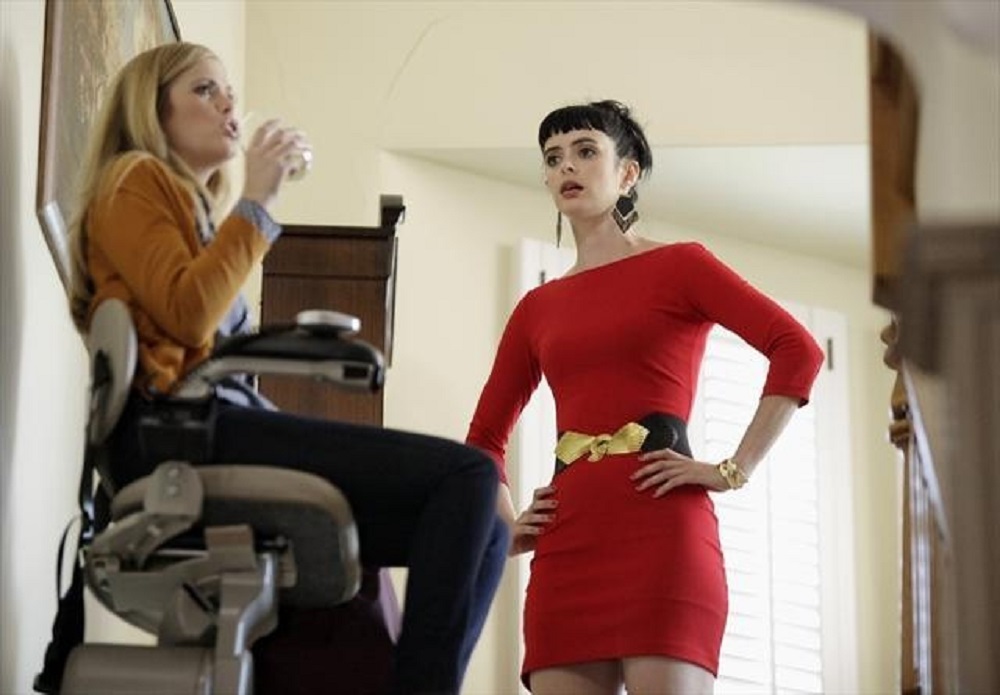 Don’t Trust the B—- in Apartment 23 is an underappreciated comedic gem that I’ll never stop praising. It left us too soon. A modern day Odd Couple. Krysten Ritter was a comedy powerhouse as Chloe, with the “morals of a pirate.” Meanwhile, James Van Der Beek portrayed an embellished version of himself. He was self-obsessed and hungry for international acclaim. “It’s a Miracle…” finds June (Dreama Walker) unable to afford to fly home for Thanksgiving, so she spends it with Chloe’s family. Chloe’s parents have reunited, despite June’s little tryst with Chloe’s father.

So, to smooth things over between her mother and June, Chloe evens the playing field a bit. Since Chloe’s mother is bound to a wheel chair, she promptly plops June into one of her own. She crafts a sob story of how June can no longer walk. What follows can only be described as “comedic hi jinks” at its finest. Eventually they discover June is clearly capable of walking. Chloe’s mother makes the shocking revelation that her husband snogged June. Meanwhile, Chloe enjoys watching the world around her burn. “It’s a Miracle…” is absurd in the best way possible. 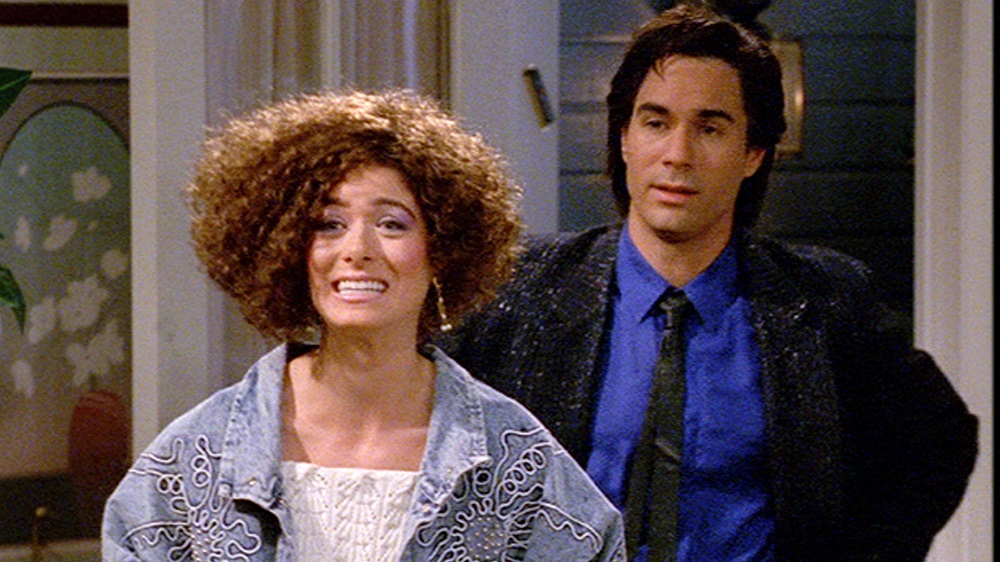 Will & Grace never fails to make me laugh hysterically. When I initially heard the beloved sitcom was returning for not one but two full seasons, my heart burst with glee. We could all use some side-splitting laughter right about now. Many sitcoms had holiday-themed episodes, and Will & Grace was no exception. In fact, the series had multiple Thanksgiving episodes. However, the two-parter “Lows in the Mid-Eighties” may be my favorite. It acts as an origins story of sorts for Will (Eric McCormack) and Grace (Debra Messing). We see their story unfold of how they met in 1985 while freshmen in college. How, initially, our two best friends were dating. Grace even brought Will home for Thanksgiving to her mother Bobbi (the very missed Debbie Reynolds).

Of course, Will eventually comes out to Grace, which nearly destroyed their dear friendship. Thankfully, it wasn’t enough to unravel them (otherwise we wouldn’t have a TV series). I’m a big fan of flashback sequences and origins stories, so this two-parter was an absolute delight to me. It had a wonderful mixture of comedy and drama – that which Will & Grace is so adept at. 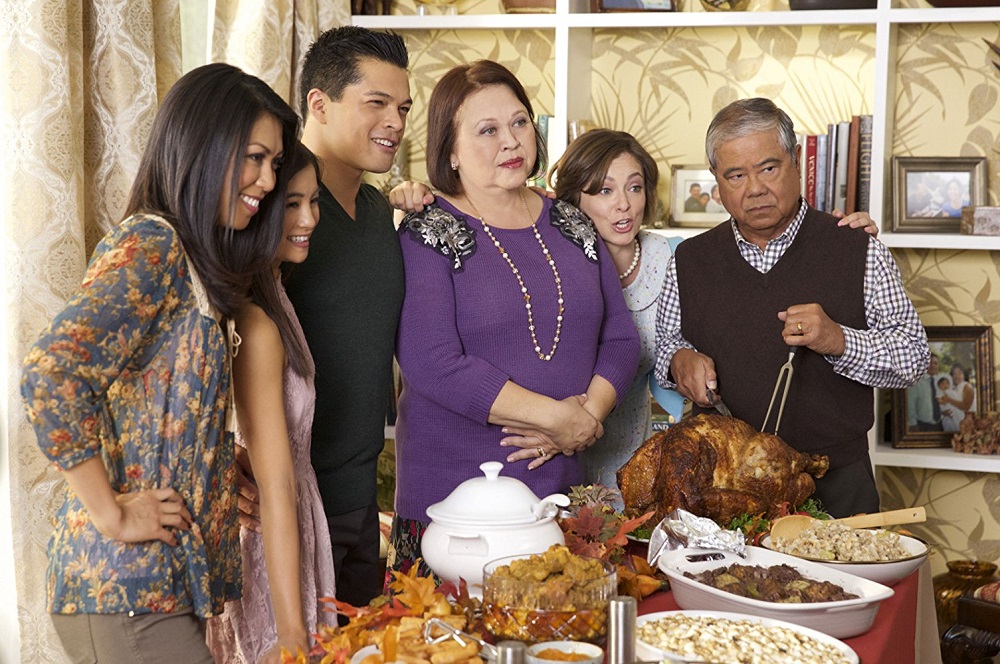 Crazy Ex-Girlfriend doesn’t get the recognition it deserves. That’s not my opinion, that’s fact. And, well, you can’t dispute a fact. Season 1 of the dramedy/musical series gave us a holiday-themed episode in “My First Thanksgiving with Josh!” Rebecca (Rachel Bloom) invites Josh’s (Vincent Rodriguez III) family over for Thanksgiving dinner.

Meanwhile, Paula (Donna Lynne Champlin) keeps Rebecca under video surveillance so she can monitor the Thanksgiving feast. Greg (Santino Fontana) makes plans to quit his job, but unfortunately a family emergency interferes. God, I miss Greg. Anyway, in true Crazy Ex-Girlfriend fashion, the episode is rife with wonderfully funny musical numbers. Thanksgiving and musical numbers? Who knew that would be a perfect, award-winning combination? Of course, this is merely another chapter in Rebecca’s take-no-prisoners quest to win the heart of Josh Chan. Boy, does it hit all the right notes (literally). Side note: if you’re not watching Season 3 of Crazy Ex-Girlfriend, are you even watching TV at all?

Well, that’s all I wrote, folks! My hope is that you binge the aforementioned episodes with gusto. May they help you celebrate this underappreciated holiday. Thanksgiving is about more than just good food. It’s also about watching TV, as most celebrations are in life. Happy Thanksgiving!