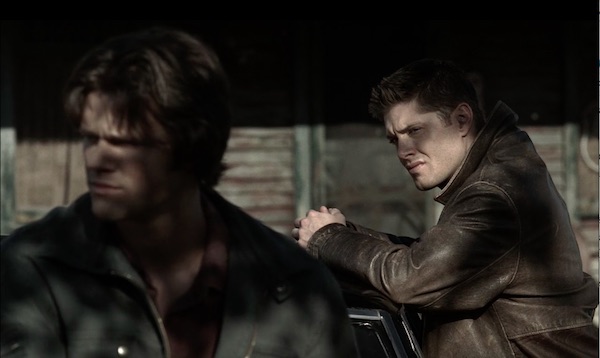 Supernatural opens in Philadelphia. A woman paces her apartment, engaged in a terse conversation with her landlord. The lights around her flicker menacingly. She stops as she hears a noise coming from deep inside her apartment. “What the hell?” She asks, noticing a river of black slime dripping from an uncovered light switch. She screams as a blood shot eye suddenly appears, staring up at her from inside the wall. 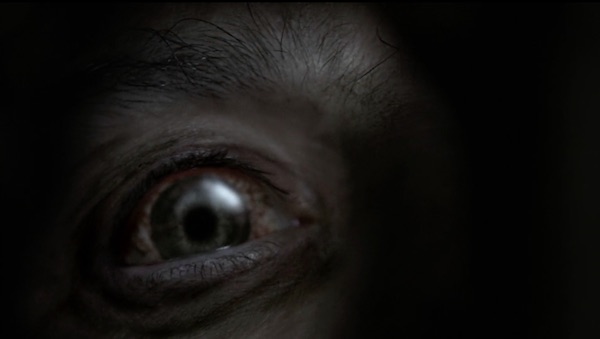 Sam and Dean agree to take the case, and before long are in Philadelphia investigating the scary old building. Sam finds himself stunned as they discover ectoplasm dripping from the light fixtures. However, they are interrupted by the sound of a new tenant asking about the apartment. As they step outside, Dean’s mouth hits the floor. It’s Jo. 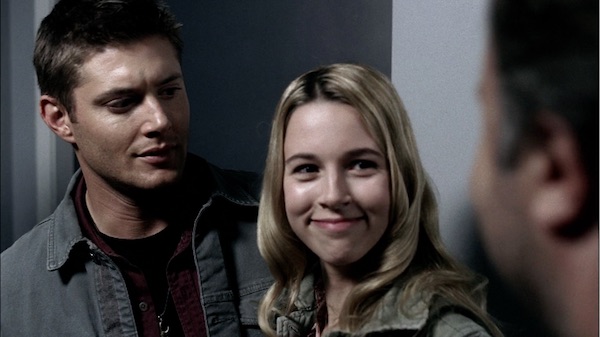 Jo squeals as she throws her arms around Dean’s waist. She tells an effortless lie, informing the landlord that Dean is her boyfriend. They’ll take the apartment.

While they wander the dark halls, Dean and Jo butt heads. It seems these two are far more alike than they care to admit. The moment is a powerful one for Dean, who is able to let his guard down with Jo. He quietly admits that he started hunting far too young, and wishes he could do something else. However, Jo looks Dean straight in the eye. She wants to do the job for her father. It lets her feel close to him. Dean looks her over, he can’t argue with that.

Meanwhile, another blonde arrives home to flickering lights and ectoplasm dripping from the ceiling. Suddenly, a crack shoots through the tile. However, as she turns to run she finds the door locked. Looking down, terror grows on her face as a hand shoots from the vent.

Later, Jo looks over some historical research and shifts her glance to Dean. Looking through the newspaper clippings, they discover the apartment building sits next to the site of a former prison. Furthermore, the prison’s death sentences were carried out on the land currently occupied by the apartment building. 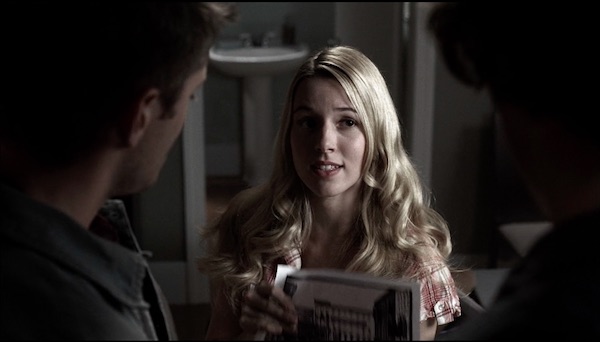 They continue digging through the historical details, but Dean excitedly looks up. He’s examining a list of executions carried out at the prison, and one name is strikingly familiar: Herman Webster Mudgett. History knows the man by another name: H.H. Holmes. It seems America’s first serial killer was one of the men executed on the site.

While they talk, Dean suddenly has an idea. He details instances of Holmes keeping victims alive inside the walls of his infamous Chicago murder “Castle”. Could some of the missing women still be alive?

Later, Jo and Dean creep through the walls of the apartment. However, they are forced to separate when Dean can’t fit through a particularly tight corridor. Jo, unfamiliar with the term “give-up”, continues 0n. Things seems smooth until ectoplasm begins to leak through the walls around her. Dean is helpless as he hears her scream in the distance.

Dean sledge hammers through the wall, but is too late. Jo’s phone lays on the ground. She’s nowhere in sight. 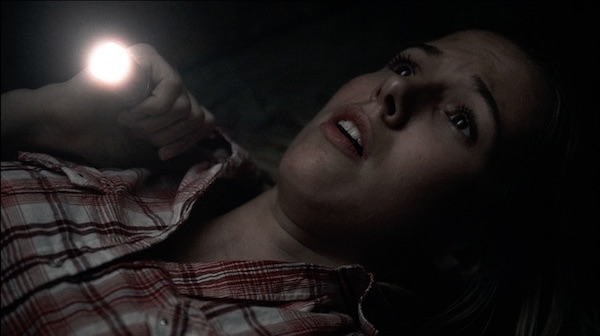 Meanwhile, Jo finds herself trapped in a small chamber. She quickly scans the room, surveying her situation. However, she sees fingernail marks on the shallow roof above her. She briefly lets her emotion show through, but quickly swallows it back as she hears sobbing nearby. One of the other women survived.

At the same time, Sam and Dean must work quickly. They pause as their phone rings. It is Ellen. Not being a fool, the woman quickly discovered her daughter’s plan, and is coming to bring Jo home.

Sam and Dean soon burst into the underground chamber to save the day. However, there’s one small problem. They still need to defeat the spirit. Dean decides they can only beat the ghost if they use Jo as bait.

It seems the solution is an easy one. The Winchester’s trap Holmes spirit (Stephen Aberle) in the sewer using salt. As the trapped ghost screams, they fill the pit with cement, hopefully trapping him there for eternity.

Later, Ellen sits in the passenger seat of the Impala as the team drives home. An icy silence hangs over the group. This is not going to be a fun ride.

As the episode comes to a close, Ellen and Jo share an emotional moment. It seems there’s more to the story between John Winchester and Jo’s father. A stoic Jo later confronts Dean with the truth. Their fathers were partners, and John was responsible for her father’s death. As Jo storms off, Dean looks around, lost.