Home » Stuff We Like » Hey, You Guys! STRANGER SUGGESTIONS at L.A.’s Impro Studio Never Says Die (Or No…)

Following in the footsteps of the Duffer Brothers, the cast of Stranger Suggestions binge-watched classic 80s movies that pitted tenacious kids against villainous adults amidst supernatural happenings. In the vein of Stranger Things, this totally improvised show draws on The Goonies, E.T. the Extra-Terrestrial, The Last Starfighter, The NeverEnding Story, Flight of the Navigator, Labyrinth, etc. I saw their preview, and it was rad.

Rather than trying to review a show that changes for every performance, I thought it would be more interesting to talk to director and cast member Kelly Holden Bashar (Fargo) about how Stranger Suggestions works. I knew there was no script, but when it was over I was sure the cast had been working within a pre-ordained framework, because the show felt so seamless and its arc was so complete. Turns out I was wrong, which is one of the many things Kelly shared when we talked.

Leona Laurie: The show was amazing, but I don’t know what to tell people about it, since it’ll be different every time. What’s consistent from show to show?
Kelly Holden Bashar: The thing we really went for with this genre was a cinematic feel, instead of a theatrical feel, if that makes sense. We brought kind of a “film” feeling into the room, and that is consistent from show to show. Also, the three kids at the heart of our story are definitely the anchor of our show. It’s their job to react and to tap into their emotions based on whatever suggestion we get from the audience and to just play, and it’s everybody else on the side’s job to kind of throw all the monkey wrenches into the works. And obviously the time period of the 80s is consistent. 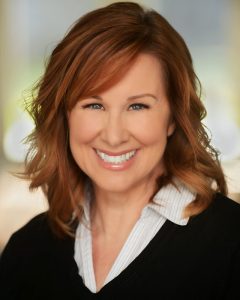 LL: Who were the three actors who played the kids during the performance I saw?
KHB: That would be Paul Vonasek, Laurie Jones and Scott Palmason. And Cory Rouse, who played the sheriff and a bunch of different things– he and Scott are the producers of the show.

LL: In the show I saw, an audience member called out “Pac Man,” the audience helped select the three actors who would play the kids and you played an alien ghost creature thing…
KHB: [laughing] I think that’s a perfect name for what I played. Alien ghost creature.

LL: So every Saturday night an audience member will call out some different 80s touchstone, and three other actors will play the kids, and that will dictate everything.
KHB: Yeah. There is absolutely nothing scripted. We know sort of what we want to do with the first moment of the show, in terms of laying out that there is danger– although we don’t even really know what that’s going to be, and then we want to meet the kids right away. After that it’s off to the races. We never know who’s playing the kids, so obviously we can’t script any of that. We never know where we’re going to be, or what the audience is going to give us, so we are creating a mini 80s movie on the spot.

LL: It really felt like there was some sense of objective to each of the scenes, at least in terms of cast movement and lighting. Are you saying that the tech people are being as responsive as the actors are in recognizing when it’s time to turn all of the lights off?
KHB: Absolutely. Our techs are part of the improv group. It’s really kind of magical what has to happen. There is a structure in terms of us following where the emotion of the kids takes us, and knowing the arc of a basic Spielberg action-adventure story. We studied it enough by watching different movies, just like the Duffer brothers did with Stranger Things, where they watched a ton of Stephen King and a ton of Spielberg and a ton of 80s stuff. We’ve done the same homework, so it’s almost like we’re now doing our version of that, but trying to do the exact same story they did, because what’s the point? They already did it brilliantly. So, with what the audience gives us in that moment, how are we going to create our Spielberg movie?

We know the structure, basically, that has to happen, but we have no idea of any of the moving pieces until we’re in the room. It’s all about how we communicate with each other on stage and how we listen to each other. There is something magical that happens when you get a like-minded group of people on stage creating a story together.

Our techs, especially in this show, make choices that lead us sometimes. They might take all the lights out, and then that’s what’s happening in our world: all the lights just went out. Or they might play some kind of music that shifts the mood in a way that makes us go: “Oh! Suddenly things are a little scarier.”

Or someone might be offstage and make a helicopter sound, and that lets us know, “Uh-oh! We’ve got a ticking clock, and the danger is getting closer.”

It’s like being on high alert for giving and receiving communication from people to whom you can’t actually say, “Hey what are we doing next in the story?”

And that’s kind of the beauty of narrative improv is creating a story in the moment, with that particular audience. The magic of it is that it will never be repeated.

LL: I thought you must have been working from at least a rough outline.
KHB: The more you prepare specifics, the harder it is to do the show. People ask us all the time how much of it we know beforehand. All we know is that we are going to tell a Spielbergesque 80s kids adventure in the vein of Stranger Things, and there will be three kids and creepy things will happen to them of a supernatural nature.

We don’t know who any of the other characters are going to be; we don’t know what the supernatural thing is going to be; we don’t know how bad the bad guy will be. If we tried, if we went into it sort of going, “I’m going to play a British bad person who hates kids,” that would be so much in our heads that we might miss things that were said in the moment that we could organically use. We’re always serving the story before we’re serving any sort of particular character we want to play or information we want to get out there.

LL: All of you are actors who can think on your feet, but what makes the difference is your ability to work together and listen and respond to each other in the moment.
KHB: Yeah. And I’ve got to say I’m blessed with an amazing cast and an amazing support system with my producers. This group is so interested in getting it right.

I don’t mean that in the way of getting hung up in getting it perfect. We all know that’s a dragon we will never catch, because you can’t do it perfectly. Everyone is so invested and so in love with this genre that they bring 100% every time, and that helps. Everyone is just so excited to get in the room and play, that that only helps us serve the story as well.

LL: It’s conceivable then that because of the way the audience helps choose the actors who will play the kids that you’ll wind up with three girls or three boys or a different mix every time, which would create different dynamics.
KHB: Oh, yeah! We’ve had all kinds of combinations, and as long as you see the friendship of those kids, that’s the main thing. That’s what carries the story.

What I love about what we do—something I love about improv in general—where else in my acting career can I play a teenager? Or a kid, or a young ingénue, or a 90-year-old woman? I can do any of those things in an improv show, and people will accept it. It gives you a lot of creative freedom.

LL: Ongoing participation in improv isn’t an unusual thing for working actors, because it is good exercise. When you take a role in a scripted piece, like Fargo, for example, can you tell the difference between the actors who do and do not do improv?
KHB: Absolutely! You can tell who—even if the words have to stay exactly the same—is really in the moment, willing to change on a dime. Also, I was lucky enough in Fargo to be with Martin Freeman in all my scenes, who is such a reactor. He gives you so much. I don’t know what his improv experience is, but he obviously is open to changing things up.

There is something about people who are in the improv world, and also in comedy. I think you hear the musicality of words when you do comedy and when you do improv, so you can think about different ways of saying things and realize, “Oh, it lands better when you hit it this way or come at the line with a different emphasis.”

I think specifically the kind of work we do, the long-form work, it is really great for actors, because when you’re improvising from a place of character and emotion– which leads to relationships, which leads to story– that will definitely come into play when you’re on set or in a play. The only difference is now you get the gift of knowing what your words are.

Stranger Suggestions continues at Impro Studio in Los Feliz, CA, through September on Saturday nights at 9:15 p.m. Tickets are $10 each, or $5 each to newcomers and those who bring them.

Kelly says, “This is a place to come and let your geek flag fly.” #Geekprov