When the third episode of Steven Universe’s fifth season opens, Steven (Zach Callison) and Lars (Matthew Moy) have just escaped from the courtroom where Steven was being tried for shattering Pink Diamond, and they’re lost and on the run on the Gem Homeworld.

Emerging from the ruins of Blue Diamond’s palanquin, far below the courtroom tower the used it to jump from, Steven and Lars are scraped and bruised, saved from worse injury by Steven’s bubble. They know they need to find a place to hide, but neither of them knows anything about where they are or who might be searching for them. 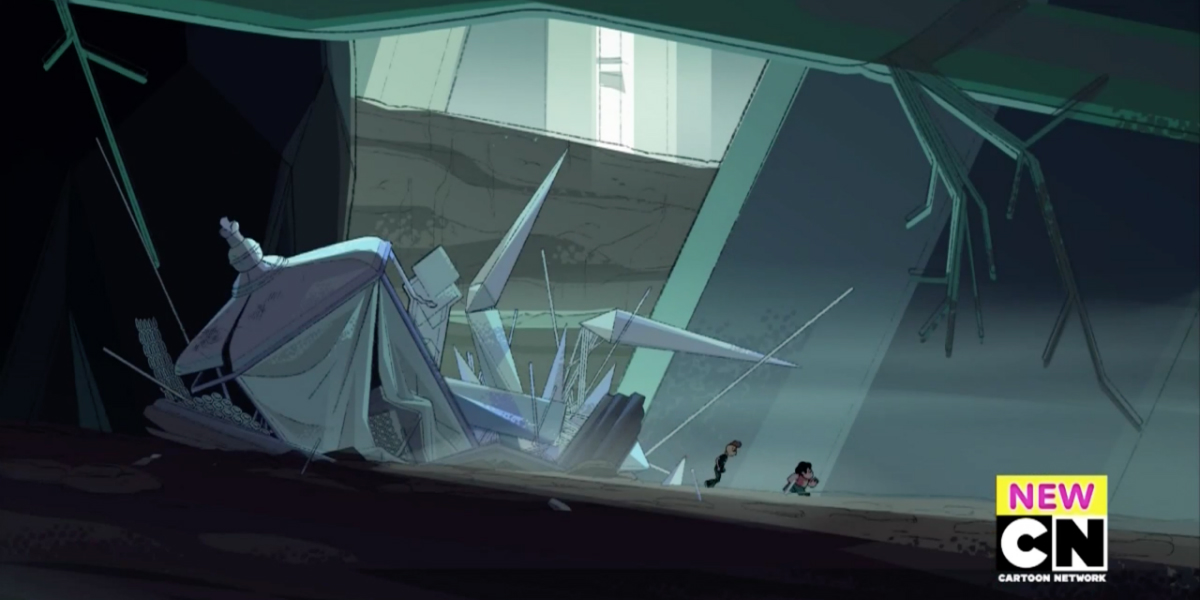 They begin moving, figuring out what to do as they walk, when a flying robot scanner finds them. Lars is sure that if the stand still it won’t be able to see them, but when it detects Steven’s gem, it shoots a shattering beam at them, which they dodge just in time to survive.

The two misplaced Earthlings run away from the scanner, and as they turn a corner, Lars pauses to lament how tired he is of being scared all the time– even of trying challenging baking, the thing he’s least scared of. Steven assures him that it’s OK to be scared, and encourages Lars to stop beating up on himself (because that’s what the killer robots are for).

Just then, a voice calls to them. Someone wants them to come jump into a hole in the ground, and although it’s a risk, the reappearance of the scanner makes their decision.

Once inside, they discover that their savior is the Rutile Twins (Ashly Burch), what appears to be a gem fusion with two top-halves and one set of legs. The Rutile Twins lead them to a massive, forgotten kindergarten underground, where a group of “off color” gems have formed a community in hiding. 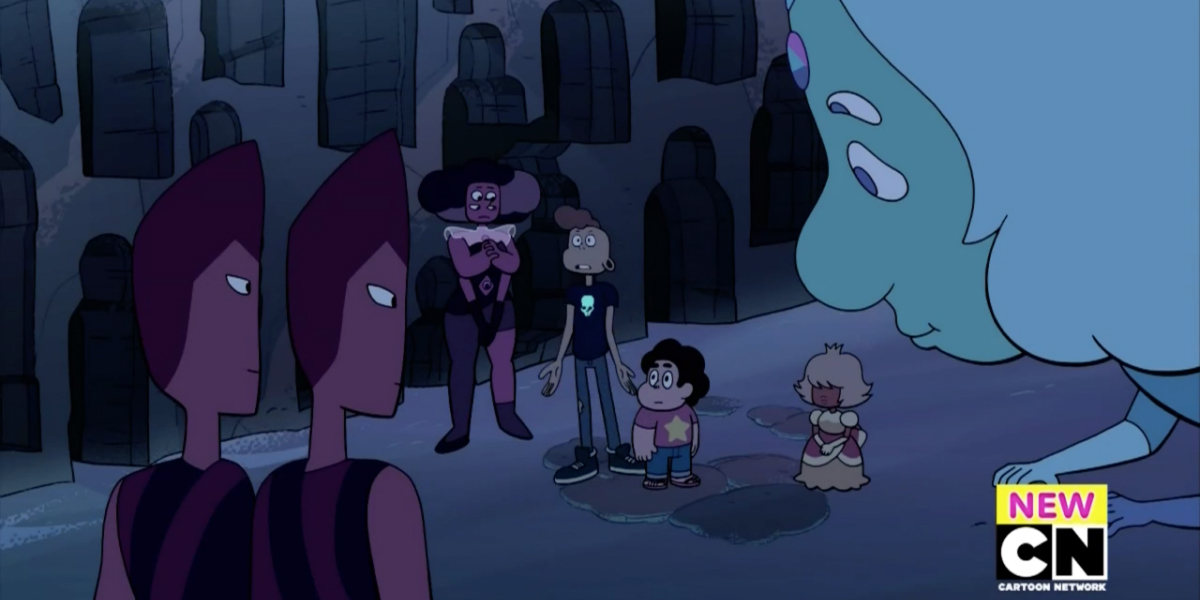 The Rutile twins call that it’s OK to come out, and Lars and Steven meet Fluorite (Kathy Fisher), a fusion of six gems (open to more if she meets someone special), Padparadscha Sapphire (Erica Luttrell), a sapphire whose predictive powers are useless because she can only see things just after they’ve happened, and Rhodorite (Enuka Okuma), another fusion of different kinds of gems who would be unwelcome in gem society. It turns out the the Rutile Twins are more conjoined than fused, a gem who emerged “wrong” from her kindergarten and was shunned by her fellow rutiles.

Not long after introductions are made, a group of three scanners finds the off colors. Everyone hides, but the scanners are closing in on the Rutile Twins. Lars and Steven are quaking together in a kindergarten hole, and Steven reassures Lars that it’s OK to be afraid. Somehow, that assurance gives him the courage he needs to intervene on behalf of the gems that saved him. 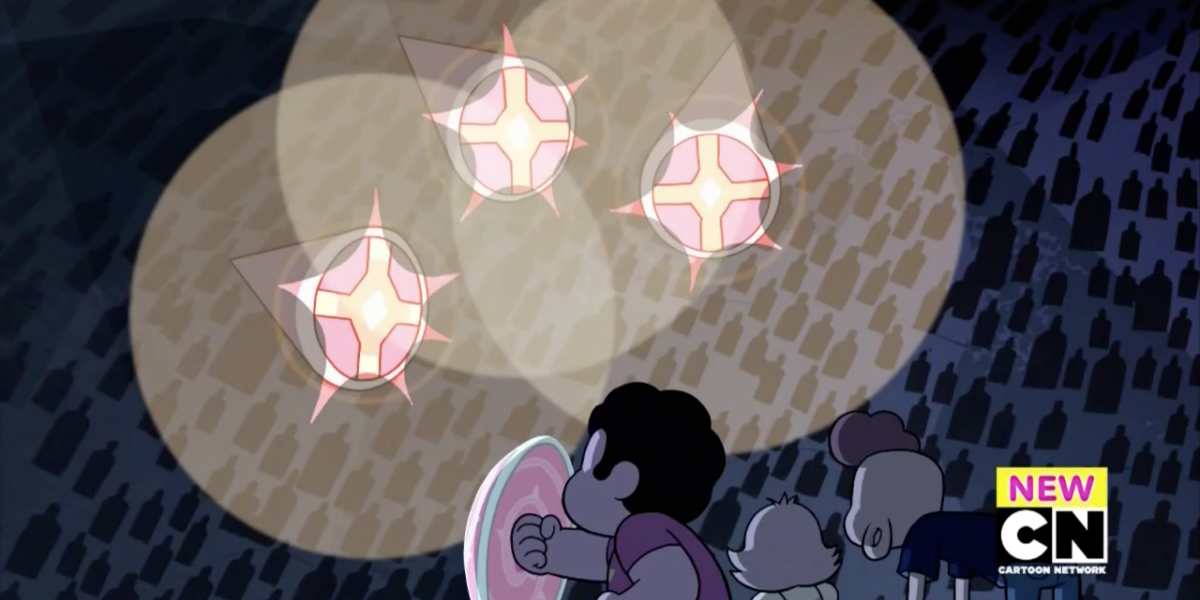 Lars springs from his hiding place and throws a rock at one of the scanners, creating an effective distraction just before it can see the Rutile Twins. He is ready to sacrifice himself for the others, but when the scanners scan him, they don’t even see him because he has no gem.

Empowered by his invisibility, Lars chooses to fight the scanners, pulling Padparadscha to safety in the coolest move he’s ever done in his life. Steven joins the action and discovers that his shield can deflect the scanners’ shattering ray. Steven uses this advantage to blow two of the scanners up while Lars places himself between Rhodorite and the third scanner, hiding her gems, and thereby her, from it. 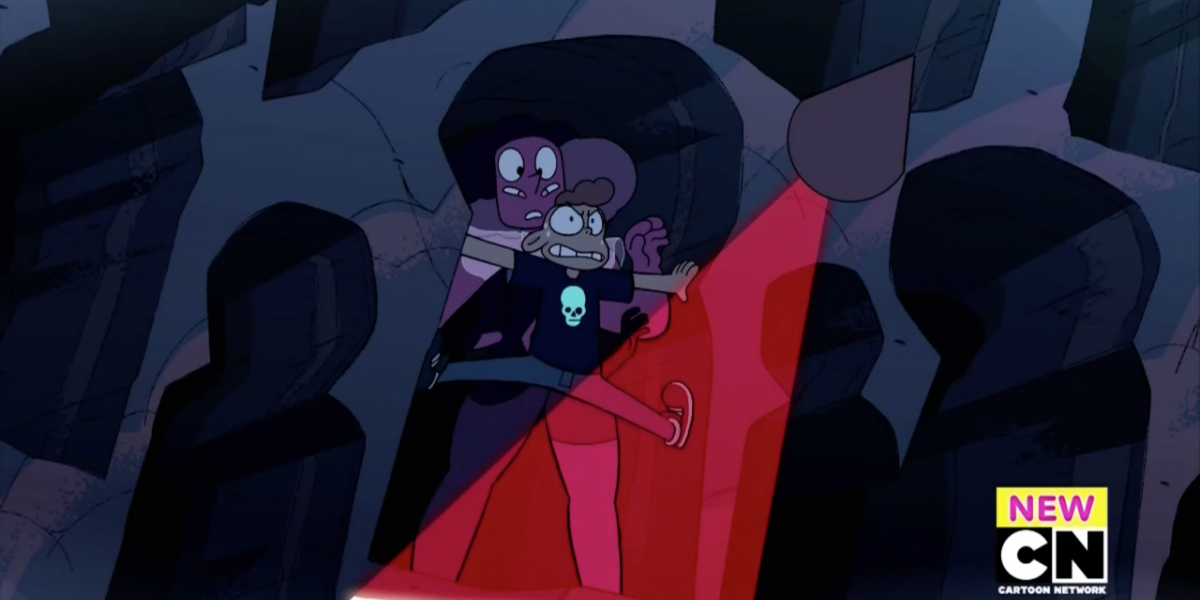 Lars cranks the heroics to 11, then, leaping from Rhodorite’s hiding place to straddle the last scanner, banging it with a club made of stone. As the robot bucks beneath him, shooting its ray randomly around the room, Lars decides to end its run by stabbing its “eye” with the tail end of his club. He succeeds in disabling it, it explodes, and Lars is thrown against a wall with extreme force and falls lifeless to the ground.

Steven is the first to recognize that their hero isn’t moving. He runs to Lars, calling to him, and then presses his head to Lars’s chest to listen for a heartbeat, which he does not find. Grief-stricken, he cradles his friend and cries over his lifeless body. 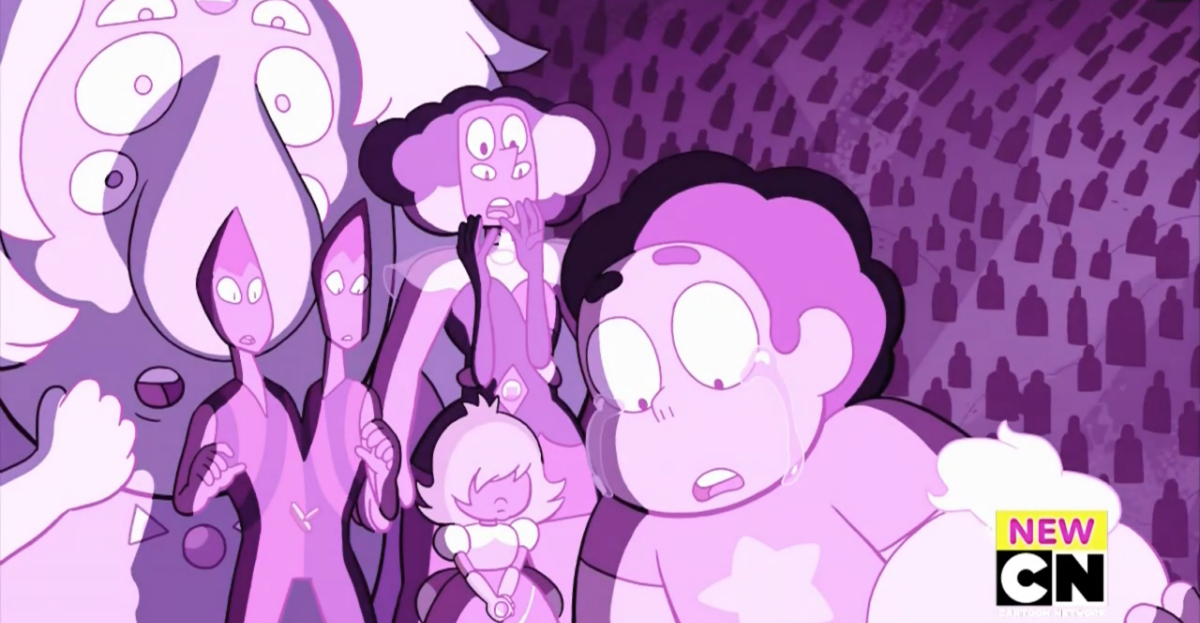 But don’t fret, dear readers! Steven is shocked to discover that as his tears fall on Lars’s skin, Lars begins to glow as a bright, white-pink light moves through him. Rose Quartz’s healing power has worked on Lars, and he awakens… pink and scarred, but alive. 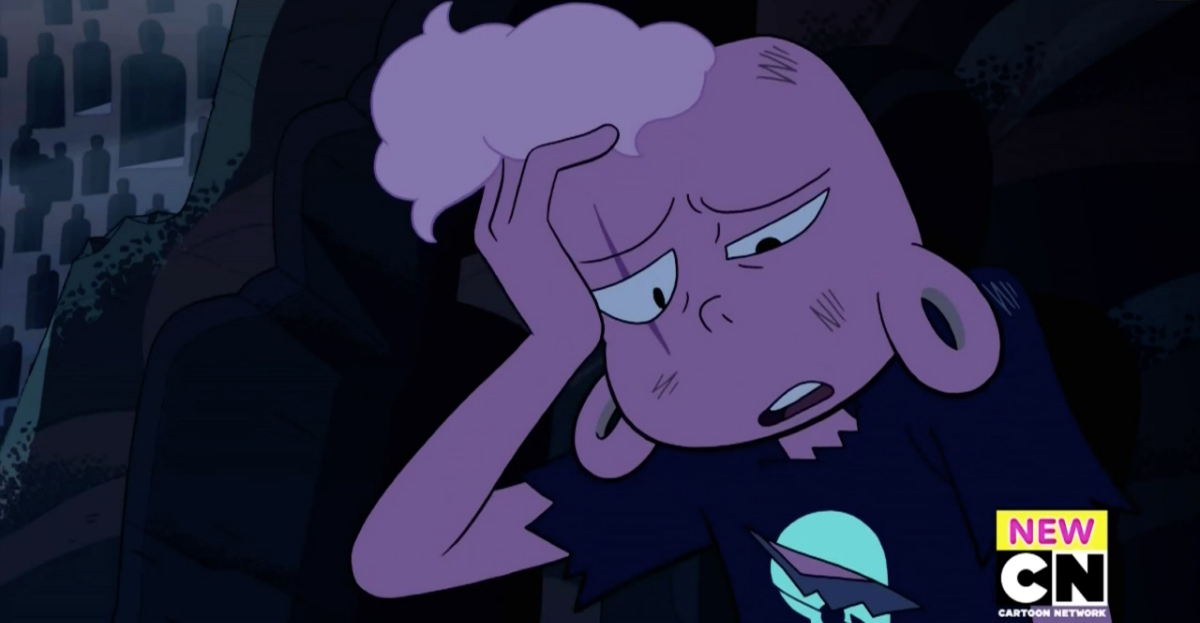 Underrated Horror Movie of the Month: HANSEL & GRETEL GET BAKED