Surprise! It’s Season 5 for Steven Universe now, and Cartoon Network kicked it off with a four-episode block on Memorial Day. The first of the four, “Stuck Together,” picks up where we left off– Steven (Zach Callison) is on his way to the gem Homeworld with Aquamarine (Della Saba) and Topaz (Martha Higareda), and Lars (Matthew Moy) has accidentally stowed away.

Steven believes that turning himself in to Aquamarine, and thereby the Diamonds, has saved all of his friends, so he’s stunned when one Topaz discovers Lars hiding below-deck. The two Topazes re-fuse to contain Steven and Lars, and Aquamarine leaves them alone to go contact Homeworld and let them know she’s on her way with Rose Quartz and one human.

Once they’re alone with the Topaz fusion, Lars starts whining about how Steven has gotten him into this mess. Steven says that he knows that, and that’s why he turned himself in– to fix it. Then he asks where Lars was when everyone else escaped, which leads to Lars coming to terms with his own responsibility for having gotten stuck on the ship… and for abandoning Sadie when she was in trouble. 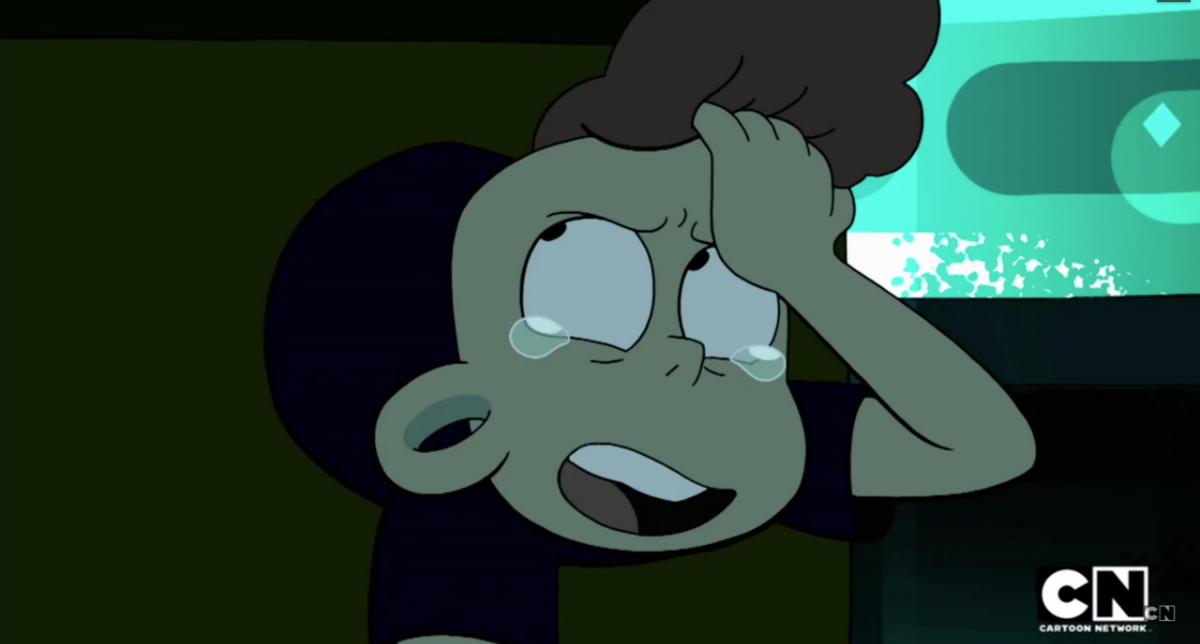 During this exchange it comes out that Lars actually did run away from the potluck before he was abducted, too.

When the ship suddenly comes to a halt, Topaz heads downstairs to work on the engine and Steven starts looking out for something that can help them escape. Soon, he notices some destabilizers, tools that can disrupt a Gem’s physical form. Steven’s arms are trapped within the Topaz fusion, but Lars’s arms are free, and Steven begs him to grab one of the destabilizers.

Lars tries half-heartedly, but they’re well out of reach. Steven convinces Lars to reach up and remove his pants, tie them into a lasso and try to grab a destabilizer with them, but Lars is foiled by a mixture of the pants being too short and Lars being his usual self.

In a burst of frustration, Lars throws Steven’s pants in a wad at the destabilizer, and Steven reacts with an equal amount of frustration, asking Lars why he would do that, and that’s when things start to get good. Lars breaks down, telling Steven that he’s just a wuss who is always afraid– not like Steven, who is never afraid.

Moved, Steven shares how afraid he is in that very moment. He doesn’t really want to turn himself in, and he’s scared of what’s going to happen. He guiltily confesses that although he wishes Lars were safe, he’s also grateful not to have to be alone. Steven also compliments Lars on how real he always is about when things suck, which underlines that Lars’s role on the show hasn’t just been to drive viewers mad with how he’s always getting in his own way– he fills a similar role to Sadness in Inside Out. Lars being a stick in the mud doesn’t cost him friends or Steven’s love– he is allowed to be his bummer self and thrive in this world. 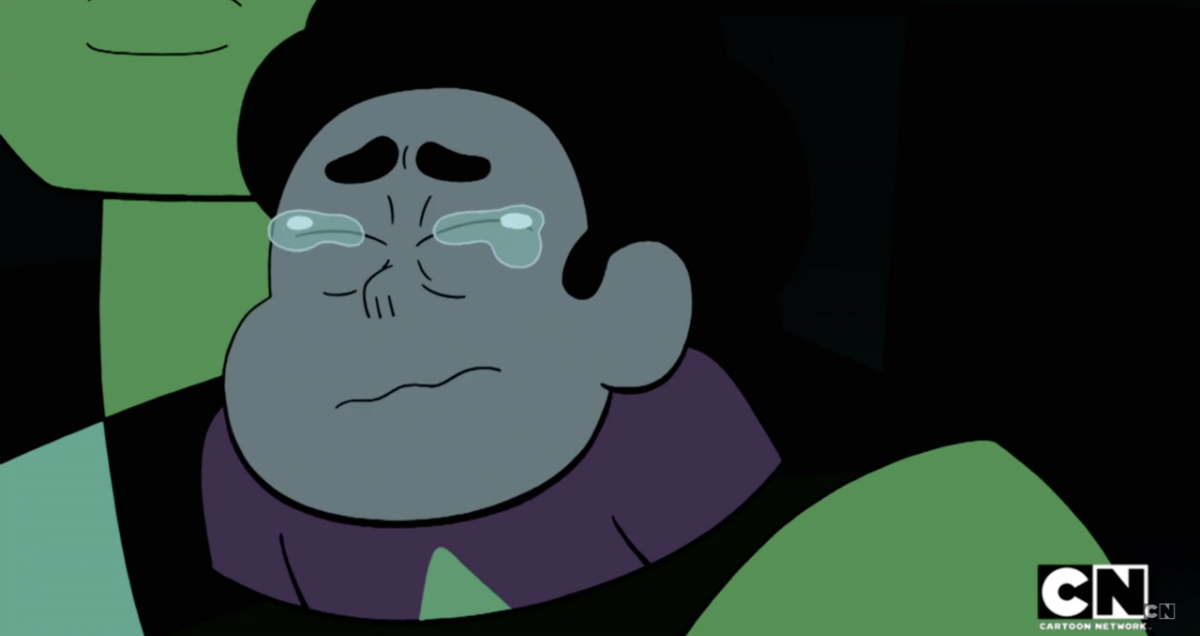 Steven and Lars are in tears and agreeing that they’d hug if they were free when Topaz, who has been so non-responsive thus far that the boys had decided she couldn’t hear them, breaks down herself. She, too, doesn’t want to be there, and she’s so deeply affected by their friendship’s strength in the face of adversity and how open and honest they’re being with their feelings that she decides to help them both get away in an escape pod. 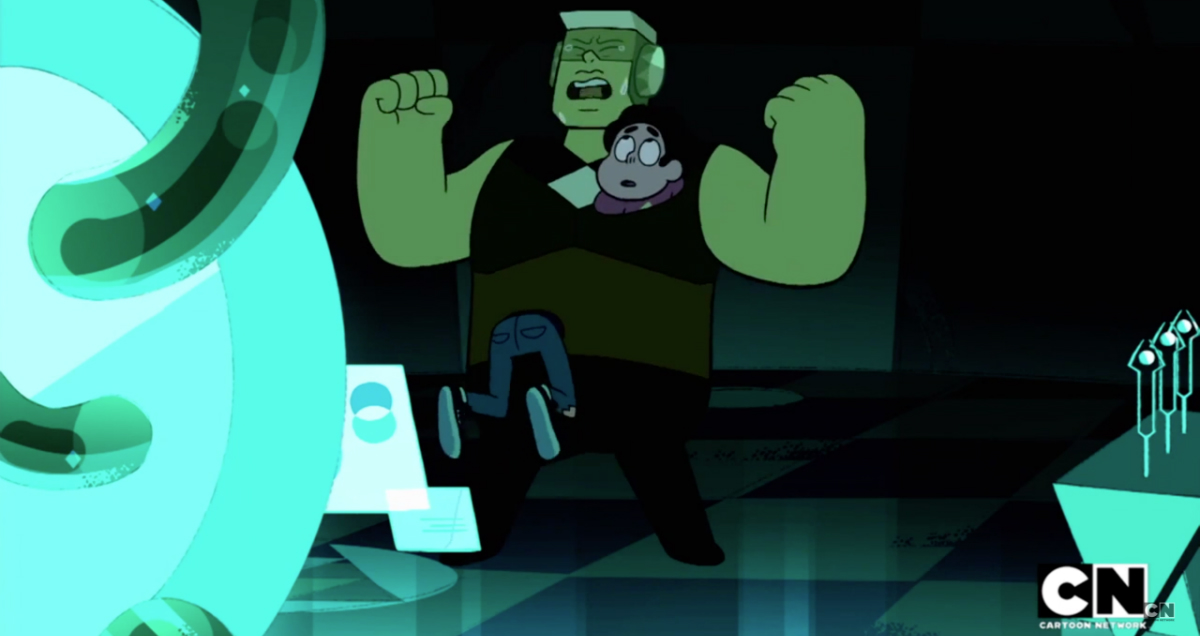 Before she can, Aquamarine comes in. She destroys the escape pod and threatens Topaz back into submission. There’s a moment where Topaz has Aquamarine pinned and is holding up the destabilizer, ready to use it, but Aquamarine talks her way out of it by asking where she’ll go and what she’ll do if she follows through on this revolt. Sadly, Steven doesn’t invite her to come to Earth and become a Crystal Gem, so she gives in. 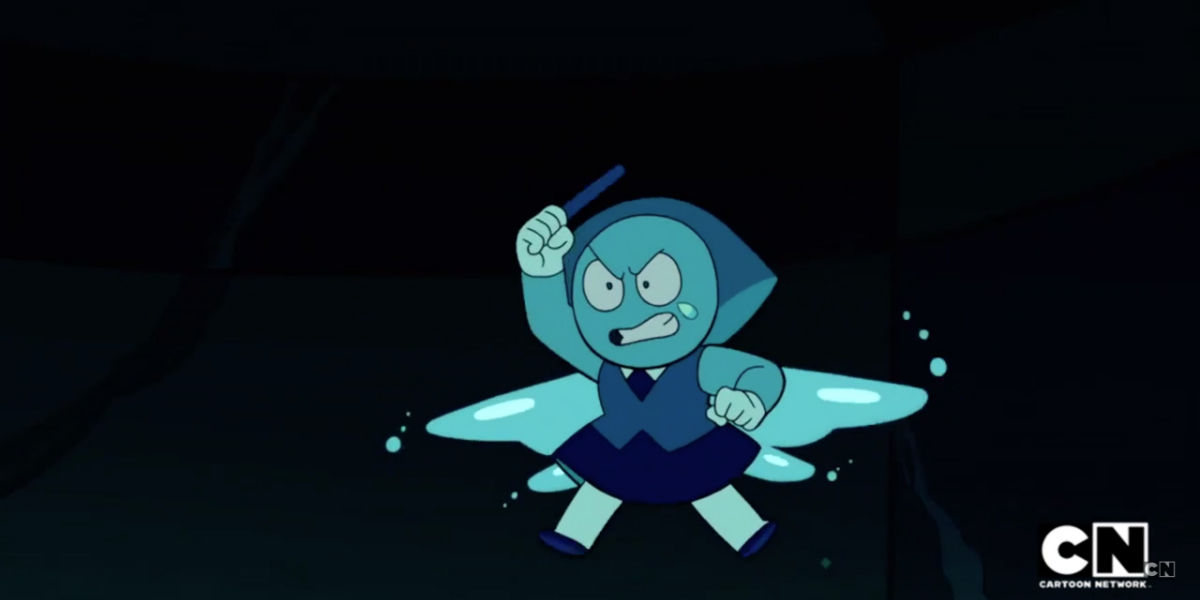 The tension is still high when the ship arrives at Homeworld, and Aquamarine tells Topaz that if she un-fuses and falls back in line, they can move forward without ever speaking of the short revolt again. Topaz complies, picks up Steven and Lars and carries them off the ship and into two different rooms, separating them. 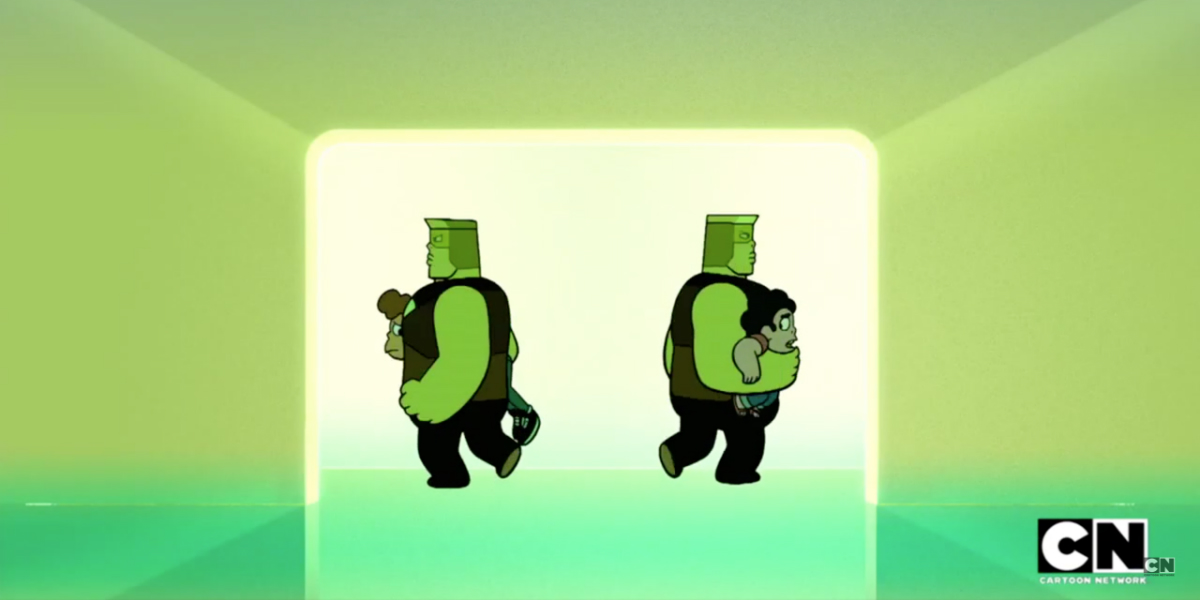