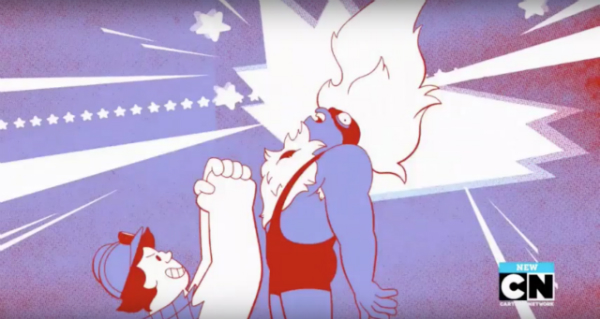 The latest episode of Steven Universe, Tiger Philanthropist, appears to be a stand-alone, separate from the arc of this season that involves the Diamonds and the Human Zoo. But is it? 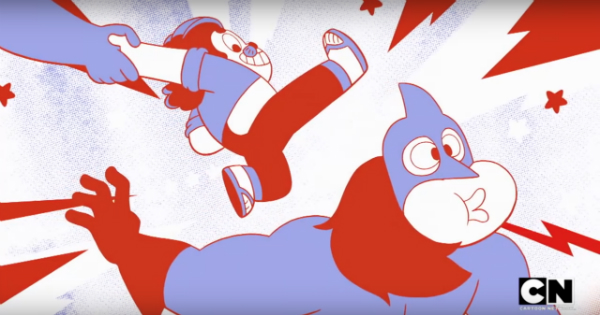 The tag-team wrestling champs are undefeated (likely because they have super-human powers), and at the end of another win, Amethyst shocks the crowd and Steven by announcing that she’s over it and dropping her championship belt on the ground as she leaves. 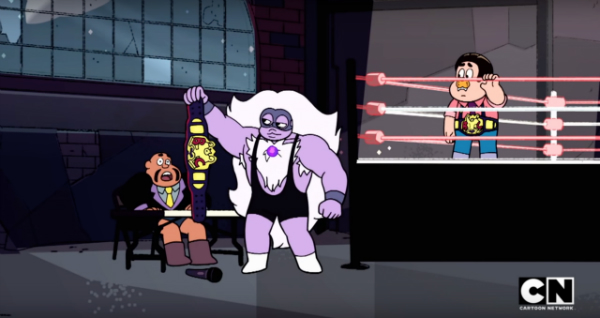 Steven is saddened to have had Amethyst walk away from their special thing so casually, but it’s Lars’s (Matthew Moy) grief over losing his favorite wrestler, Tiger Millionaire, that inspires Steven to go back and wrestle alone. He surprises the crowd by appearing the next Saturday, evolving from Tiger Millionaire to Tiger Philanthropist and taking on all comers by himself.

Much to Steven’s disappointment, Lars is lukewarm about Tiger Philanthropist, and Lars isn’t able to articulate clearly to Steven what he wants.

Defeated at heart (although not in the ring), Steven tells Amethyst that it wasn’t any fun to wrestle without her and that he’s going to quit, too. She explains that wrestling used to be an outlet for her frustrations, but since she isn’t frustrated anymore, she doesn’t need it. Steven understands this, but he liked that they had this special thing they would do alone together. Amethyst had obviously never considered it from that angle.

The next Saturday, Tiger Philanthropist steps into the ring and announces his retirement and that anyone who can get the championship belts away from him can keep them. As challengers begin emerging from every corner, Purple Puma shows up and tells her partner that she won’t let him throw away their memories so casually. She joins him in the ring, and they agree to go out with a bang, which they do, losing dramatically for the sake of the crowd and their legend. 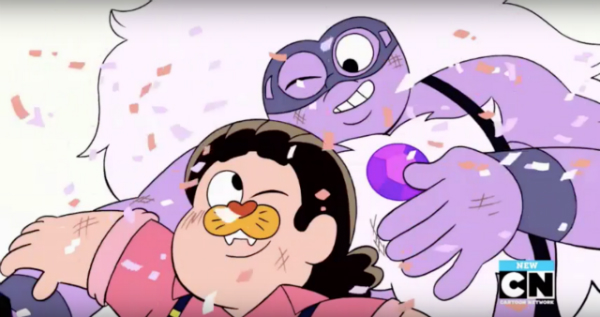 Although there are no obvious ties between this episode and the rest of the season, I suspect there’s significance in Steven taking on more than one adult tag-team wrestling duo on his own. As far as I can remember, this is the first time he’s demonstrated just how strong he is without there being a crisis at hand. He also proved that Amethyst wasn’t the only muscle in their act. I’m guessing we’ll see more feats of strength from Steven Universe before the season ends.