Stephen Colbert Wants George Lucas To Know He Knows What A Lightsaber Is! 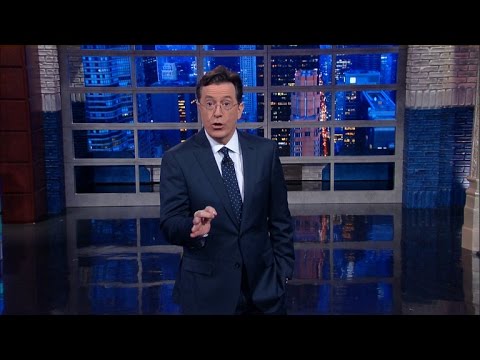 Yesterday, on The Late Show With Stephen Colbert, Colbert recalled a time on his old show when George Lucas was a guest. Before Lucas’s visit, his handlers told Colbert that he preferred to call “Lightsabers” “Laser swords”.

When Colbert made mention of “laser swords” to the Star Wars creator, Lucas then let him know that “Most people call them lightsabers.”

At that moment they returned from commercial and Stephen Colbert never got the chance to redeem himself. As a mega Star Wars fan, Colbert has never been able to tell George Lucas the truth and it’s been weighing on him ever since.

So last night, during his monologue for The Late Show, Colbert sent his message, That he does know that it’s a light saber! Phew!

It’s ok Stephen, no one is doubting your geek cred, between Lord Of The Rings and the video of you breaking down of Star Wars: The Force Awakens, we never doubted!