Home » The Daily Bugle » STAR WARS: THE OLD REPUBLIC is Turning 5 and Wants to Give You Presents

STAR WARS: THE OLD REPUBLIC is Turning 5 and Wants to Give You Presents 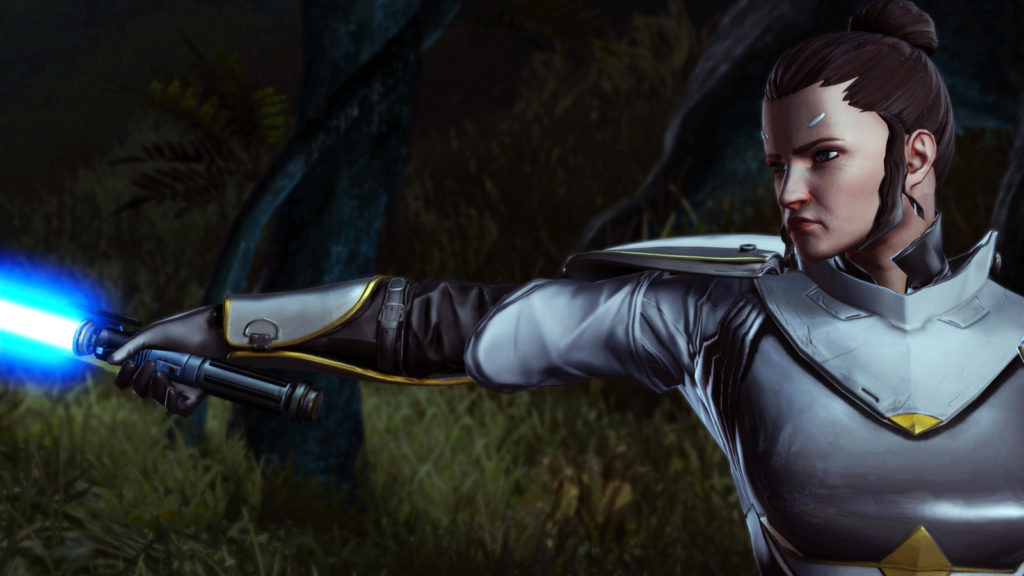 Hard to believe Star Wars: The Old Republic (SWTOR) has been around for five years, but it has.  On its fifth anniversary BioWare wants to give you all the presents.

Log into the game between December 13 and January 16, 2017 to claim your rewards.  You can get a Jawa companion with festive balloons, a cheap strongholds, and decorations.  If you’ve been a loyal player of the game since launch, you will receive an in game statue to show off your accomplishment.

Star Wars: The Old Republic launched December 20, 2011.  After launch it was hailed as “the fastest growing MMO” in history and was thought to be the mythical World of Warcraft killer.  Within one year, the game changed from a purely subscription based model to free-to-play with optional subscription and micro-transactions.  Even after the purchase of Lucasfilms by Disney and the subsequent reorganizing of LucasArts, the game continues to thrive.  On December 2, 2016 the sixth expansion, Knights of the Eternal Empire, launched proving the game still has more life in it.

Once upon a timeSWTOR was part of the Star Wars canon.  After the aforementioned sale to Disney and the great purge of the Expanded Universe (EU), SWTOR became part of Legends.  Unfortunately, it is no longer considered canon but that’s doesn’t mean some of the characters and storylines won’t make the jump someday.  Look what happened with Thrawn.

The story takes place more than 1,600 years before the events of the Star Wars films and 300 years after Knights of the Old Republic games.  It’s a favorite time period for Star Wars lore fans, existing in a time when there is tenuous peace between the Sith Empire and the Galactic Republic.  Both empires are vast and both contain multitudes of force users.  If using the force isn’t your thing you can be a bounty hunter, smuggler, trooper, or agent.  It’s a fun game and while it was hard to accept the stories were no longer canon, it’s still a good time for any Star Wars fan. 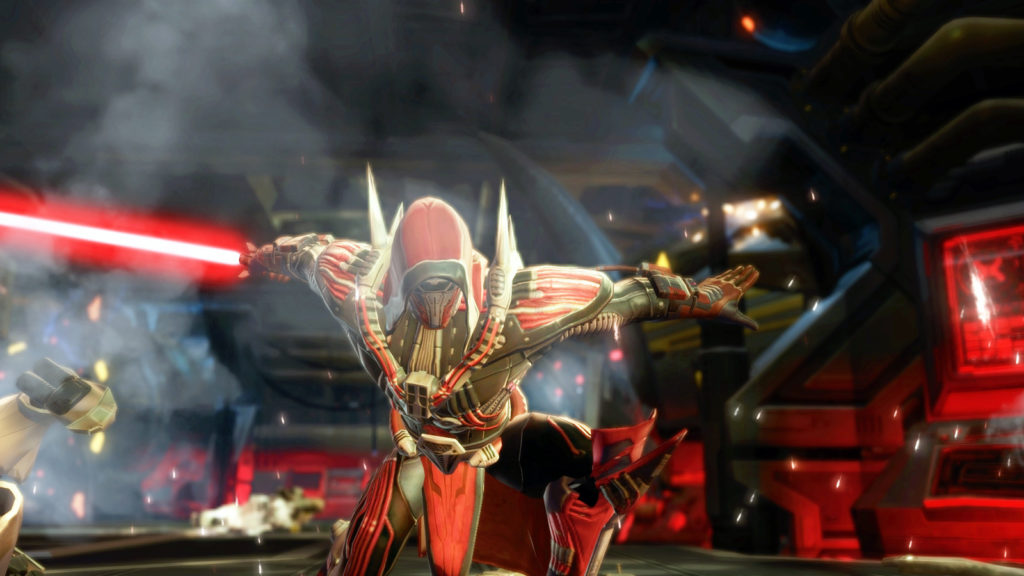 Star Wars™: The Old Republic™ celebrates its fifth year, December 20, 2016 – thanks to you, our fans. We started on this journey ten years ago. Our vision was to build a game that would give gamers, who are Star Wars™ fans, the experience of stepping into the Star Wars universe at the center of their own saga. And it did. We built the largest Star Wars universe ever and then brought it to life online. We wanted to give fans the chance to become a Jedi, a dark and deadly Sith Lord or a snarky Smuggler. We wanted to bring our love of this great IP to life in a way that let players shape their own story making meaningful choices along the way that made the experience your Star Wars story, not ours.

Our goal was to give you, our players, the fun of living the adventure that makes Star Wars so compelling. We wanted you to experience the excitement of traversing the galaxy on the most aerodynamic of speeders or Jetpacks. Or, you can ride on the backs of iconic creatures from Rancors to Banthas and Tauntauns to meet up with friends on the fleet or at the Cantina. Most importantly, you are choosing your path through your story, down the light or dark side of the Force™. And, you are never alone. Your adventure is filled with hundreds of thousands of other players not to mention your personal alliance of Companions – each with their own personality, some trustworthy like Theron Shan or Lana, while others are completely self-serving and well, mercenary! All of this and more come to life inside The Old Republic™ – and you can share it all with your friends.

Star Wars: The Old Republic has spawned many things like the rebirth of the infamous Darth Revan and the rise and fall of Darth Malgus. More recently, we saw the incarnation of one of the most dangerous families in Star Wars with the Eternal Emperor Valkorion, his son Arcann and his equally powerful and sinister daughter, Vaylin. From guildmates to lifemates, this game has created a community that has grown up together and stayed true to one core value – we all love Star Wars and The Old Republic!

From those of us here at BioWare, we want to say “thank you”. We are humbled by your loyalty and support over these past five years. We thank you for being here from the beginning and sharing your saga with us… for joining us at Cantina events worldwide over the years and for bringing our dream to life. Celebrate with us using #SWTOR5 as we begin the countdown and Happy Anniversary!

May the Force be with you! 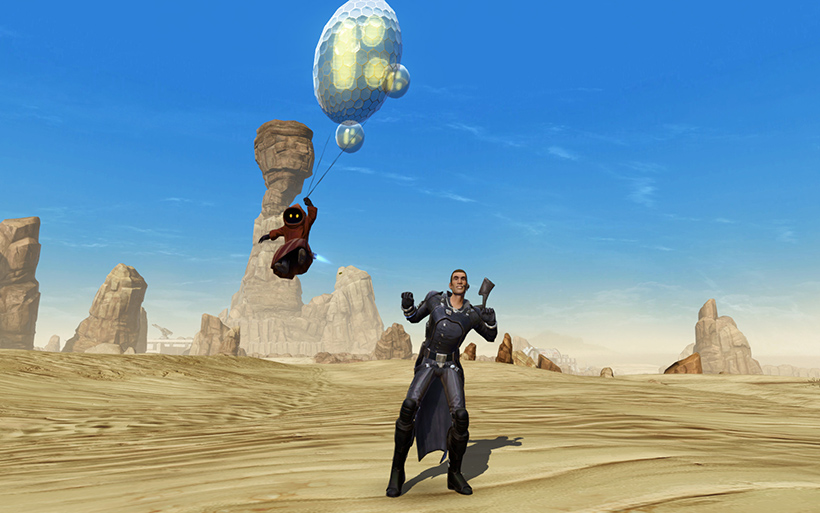 CELEBRATION JAWA
With golden balloons in hand, this 5-Year Anniversary Celebration Jawa has a fun animation that will kick off your festivities in style! 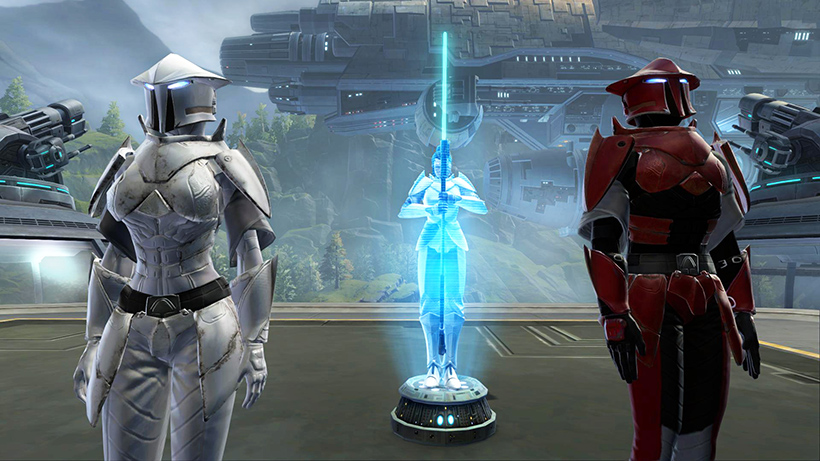 SENYA HOLOSTATUE
Tap into Senya’s years of wisdom and knowledge with the new Senya HoloStatue and train in your class abilities immediately from anywhere in the galaxy as you level up and grow your power! 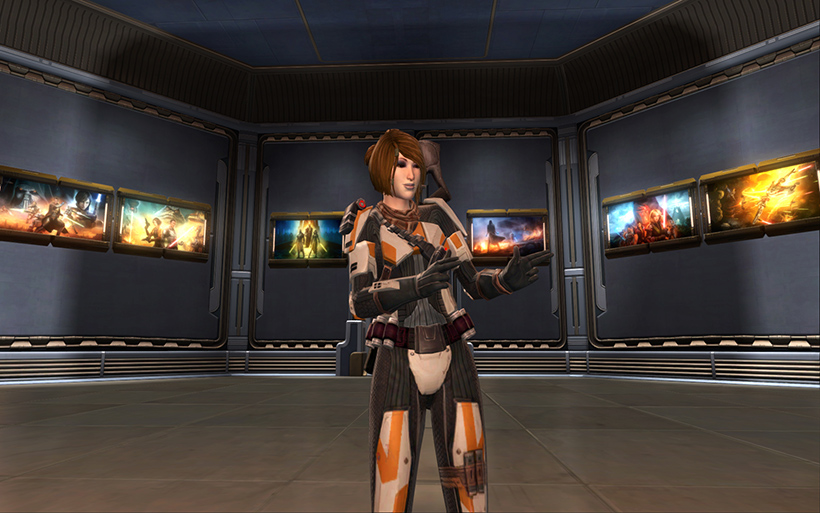 7-PIECE POSTER ART COLLECTION
From the original launch art to the latest Knights of the Eternal Throne expansion art, walk down memory lane and save a wall in your Stronghold for this breathtaking, first-ever 7-piece poster art collection celebrating the game’s biggest releases: 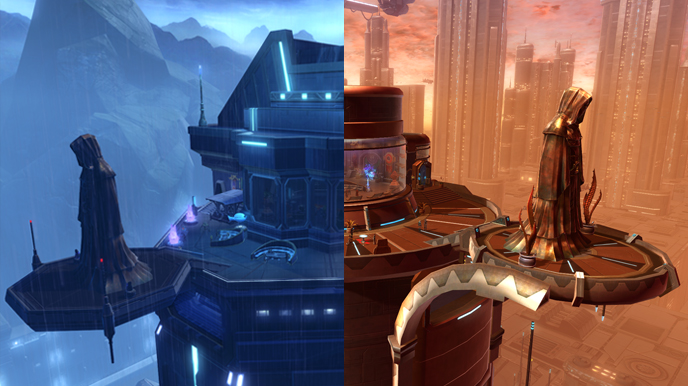 CORUSCANT & DROMUND KAAS STRONGHOLDS
Purchase your very own Coruscant and Dromund Kaas Strongholds from the “Strongholds Terminal” for only 5 credits each. This is your chance to own your own piece of the Republic and Imperial capital worlds! 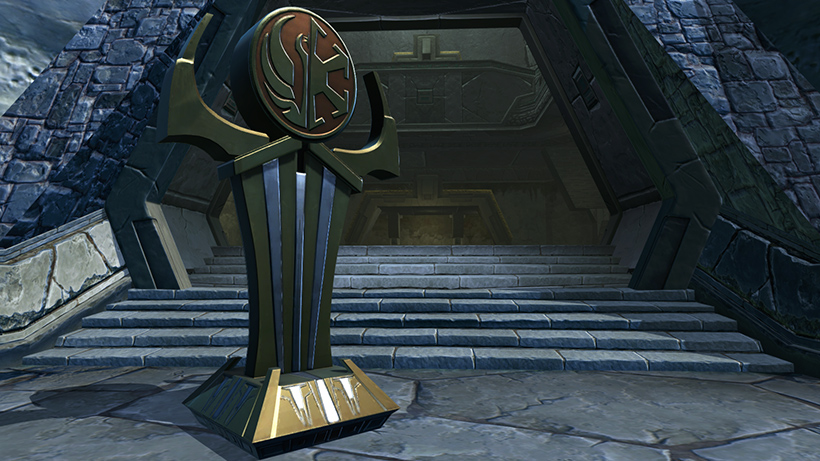 5-YEAR DISTINGUISHED VETERAN REWARD: GALACTIC ALLIANCE STATUE
As a special thank you to those players that have been continuous Subscribers since launch, we want to show our appreciation with an exclusive Galactic Alliance Statue decoration that you can proudly display in your Strongholds! Visit your in-game mailbox to claim your Statue beginning December 13th.