Star Wars Rebels second episode for this week is “Crawler Commandos”. Following on the heels of “Kindred”, this episode was an excellent way to balance out the major revelations that were dropped in “Kindred”.

Now taking up camp in the ancient ruins that they were led to in the previous episode, we find Ezra (Taylor Gray),  Kanan (Freddie Prinze Jr.), Sabine (Tiya Sircar), Zeb (Steven Blum), and Ryder attempting to establish communications with Yavin IV. Sabine winds up picking up on a signal that’s not too far away, prompting the group to go and check it out.

What they come across is a burner ship that’s being used to burn away the top layers of Lothal’s surface to pull up any raw materials that can be used in the Imperial’s factories. Luckily, Sabine spots a long-range communications device on the top of the crawler.

Hera (Vanessa Marshall) is on Yavin IV safely with the TIE Defender plans. They have been delivered to Rebel leaders and she now wants to know if she’ll be able to lead an attack squadron back to Lothal to take out the factories and rescue her crew. She is quickly ushered outside so the leaders, including Mon Mothma and Bail Organa can discuss the idea.

On Lothal, the Ghost crew is quickly aboard the crawler. A few droids are taken out by Sabine, allowing them to quickly slip inside the control room. The pilot doesn’t notice them at all due to the headphones he’s wearing (Yes, they canonically have portable music players in Star Wars!) and he’s taken out fairly easily. Though that’s not to say he doesn’t cause problems.

RELATED: Get Your Science On in New Book THE PHYSICS OF STAR WARS

He activates an alarm, letting the Mining Guild (who own the crawler) that there’s something going on. Quickly, an Imperial officer comms in, prompting Ezra to launch into a mimic of the pilot’s voice. Unfortunately that doesn’t get rid of suspicion, and an Imperial technical team is dispatched to the crawler.

Quickly, the crew has to figure out what to do. Some highlights from this section of the episode include:

Kanan must deal with the foreman.

Aboard the top of the crawler, Vizago actually comes out and thanks the group for rescuing him. Though Vizago was never a huge main character, it was nice to see a little bit of a different side to him.

Sabine’s transmission was able to make it through and we catch Hera’s voice coming in, letting them know that Rebel command has given them the go ahead to launch an attack on Lothal. Fighters are getting ready to leave and the Ghost crew are being trusted to set up the ground assault.

“Crawler Commandos” might not have had too much in the way of major plot to drop apart from the “Protocol 13” bit (could they be talking about Jedha, from Rogue One?). But it stood on its own as an interesting episode. We see the crew working together to outsmart the Empire once more and the attack on Lothal we’ve been gearing up for since Season 3 is finally going to be happening! 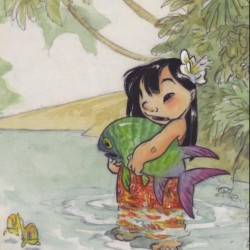 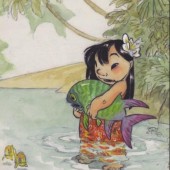