STAR WARS REBELS is Renewed for a Fourth Season 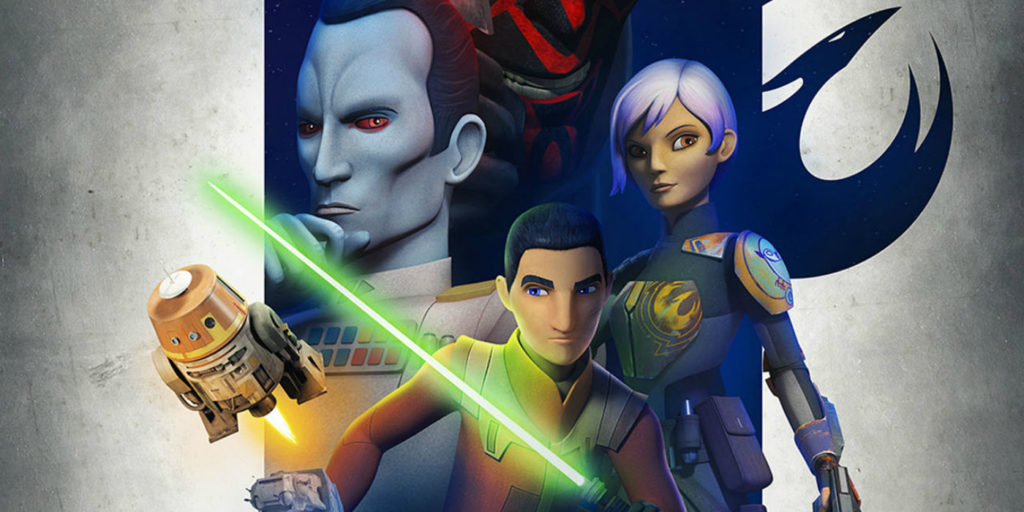 That’s right, Star Wars Rebels fans! The show has been renewed for a fourth season, according to Deadline. Currently in it’s third season, Disney XD set to renew their highest viewed animated show. With 60 million consumer engagements last year, it’s not hard to see why.

The show has been set inbetween Episode 3, Revenge of the Sith and Episode 4, A New Hope. With this 4th season, they inch ever closer to the events that occurred in Rogue One. The show follows a band of misfits fighting against the Empire in any way they can. Eventually, they become a part of the forming Rebellion. They’ve been able to cross over with characters from Star Wars Clone Wars as well as characters from the original trilogy. It brings the galaxy that much closer together and keeps continuity. More stories in the galaxy are always a great thing!

Senior vice president of programming and general manager of Disney XD, Marc Buhaj, said the following of the renewal.

The team behind Star Wars Rebels delivers epic storytelling that has captivated fans of all ages across the globe. We’re excited to continue sharing the journey of these fan-favorite Rebels with our audience in the fall.

What do you think of the news? Are you looking forward to more Rebels? Let us know and be sure to continue watching Star Wars Rebels on Disney XD this fall!