STAR WARS: Characters Who Should Join the New Canon

In anticipation of Star Wars: Episode VII – The Force Awakens, many stories that preceded or continued the films were removed from canon as “Star Wars Legends.” It was an understandable move on Disney’s part to wipe the slate clean. Let’s be honest: the “Expanded Universe” was a mess of interweaving stories. However, in spite of the confusion it could generate, the EU gave us some characters and stories that Star Wars fans adored. Some who were more beloved than even the ones in the films themselves! On Star Wars Day, Geek Girl Authority takes a look at some of our favorite EU characters that we hope to see back soon in Star Wars canon.

A recurring character in the Star Wars: Jedi Quest young adult books by Jude Watson, Darra Thel-Tanis was the Padawan of Master Soara Antana. She was part of a group of Jedi that included Master Obi-Wan Kenobi and newly-initiated Padawan Anakin Skywalker. In the final book of the series, the team pursued anti-Jedi fugitive Granta Omega to Korriban. The squabbling Padawans’ arguments were exacerbated by the dark side energies of the planet.

Now, Padawan Ferus Olin’s error was in repairing his fellow Padawan’s lightsaber and then switching them. This meant that the lightsaber he was wielding was shorting out as Granta surprised them from behind. Darra leaped forward to protect him, and the blaster bolt hit Darra right in the chest. Obi-Wan then pursued and killed Granta, but Darra was dead. Blaming himself for Darra’s death, Ferus left the Jedi Order. The Jedi team split up, ending the Jedi Quest series in tragedy.

It would be intriguing to see Darra back in canon.

One of the rules imposed by George Lucas on the original Star Wars canon was that there could be no more Wookiee Jedi in the Expanded Universe. Thus, one of the only three Wookiee Jedi in Star Wars canon for several years was Lowbacca: the Force-sensitive nephew of Chewbacca. First introduced in the Star Wars: Young Jedi Knights books by Kevin J. Anderson and Rebecca Moesta, “Lowie” was part of the second wave of Jedi Padawans admitted to Luke Skywalker’s Jedi Academy on Yavin 4. There, he would befriend the children of Han Solo: Jaina and Jacen Solo.

Wookiee Jedi have been reintroduced to the new canon with Gungi: a Wookiee Padawan in Star Wars: The Clone Wars. If Lowie can’t be reintroduced as one of Luke’s Padawans, Wookiee’s long lifespans mean that Lowbacca could be introduced as early as centuries before the prequels.

First introduced in the Star Wars: Jedi Apprentice young adult novels by Jude Watson, the headstrong Siri Tachi was the Padawan of Master Adi Gallia. As a Padawan, she was trained alongside Obi-Wan Kenobi, then a Padawan to Master Qui-Gon Jinn. During a life-threatening mission (involving a ship rigged to blow once it exited hyperspace), the bickering Tachi and Kenobi realized they were actually in love with each other. Though they vowed to never speak of this love again, this decision caused their friendship to drift apart. It was only upon her death at the hands of the bounty hunter Magus that Obi-Wan and Siri finally confessed that they still loved each other after all that time. Obi-Wan himself briefly gave into the dark side and tried to murder Magus, only managing to regain control just before it was too late.

The current canon seems determined to keep Satine Kryze, ruler of Mandalore, as Obi-Wan’s one and true great love. However, even if Siri is reintroduced as just a good friend of Obi-Wan, it would still serve to flesh out more of Obi-Wan’s backstory. Much of Obi-Wan’s time as Padawan to Qui-Gon was lost when the canon was reset. It would help to see some of Obi-Wan’s relationships with other Jedi beyond Anakin or even the Jedi High Council.

Mission Vao was only five years old when her older brother Griff smuggled them to Taris in a packing crate. She was only twelve years old when Griff abandoned her in the Lower City of Taris. Fortunately, Mission quickly made a friend in a young Wookiee outcast named Zaalbar. Ever since Mission fought off a group of Black Vulkars gang members that were hassling “Big Z,” the two have looked out for each other for two years. The fourteen year-old Twi’lek’s slicing skills and positive attitude ensured that Mission was one of Revan’s most loyal and supportive crew members in Star Wars: Knights of the Old Republic.

For now, current canon doesn’t have a lot of material in the “Old Republic” before the films. On the bright side, that means plenty of opportunities to bring back Mission (and the rest of the Ebon Hawk crew, for that matter)!

Han Solo himself referred to Talon Karrde as “The Last Honorable Scoundrel in the Galaxy.” After all, Karrde more often than not lent a helping hand in some of the more honorable causes in the Thrawn trilogy by Timothy Zahn. In addition to rescuing Luke Skywalker from a derelict X-Wing, Karrde organized the “Smuggler’s Alliance” to help the New Republic against the brutal offensive by Grand Admiral Thrawn.

Karrde is an interesting breed of smuggler that audiences haven’t seen enough of in the current canon. It would be a wonder to see him brought to life again in something like The Mandalorian, helping to rebuild the galaxy under the New Republic’s banner.

Another veteran of the Star Wars: Young Jedi Knights books was Tenel Ka Djo. The prideful Hapan preferred her own natural talents and physical prowess over relying on the Force. After quickly and incorrectly building her first lightsaber, the faulty lightsaber overloaded during a practice session. Jacen Solo (her sparring partner) accidentally severed Tenel Ka’s left arm. Refusing a prosthetic replacement, Tenel Ka began to trust the Force. Though Tenel Ka was heir to the Hapan throne through her father Prince Isolder, Tenel Ka preferred the culture of her mother Teneniel Djo: the Witches of Dathomir (unlike the exiled Nightsisters, true Witches of Dathomir only use the light side of the Force). Tenel Ka served as a Jedi until her mother’s assassination. Tenel Ka then became the new Queen Mother of Hapes.

Not only would Tenel Ka bring Hapes back into canon (A matriarchal galactic power?? Yay!), but Tenel Ka alone is a complex and interesting character. Not to mention, her power and position of leadership offers a positive role model and some much-needed representation for disabled characters in the Star Wars franchise. 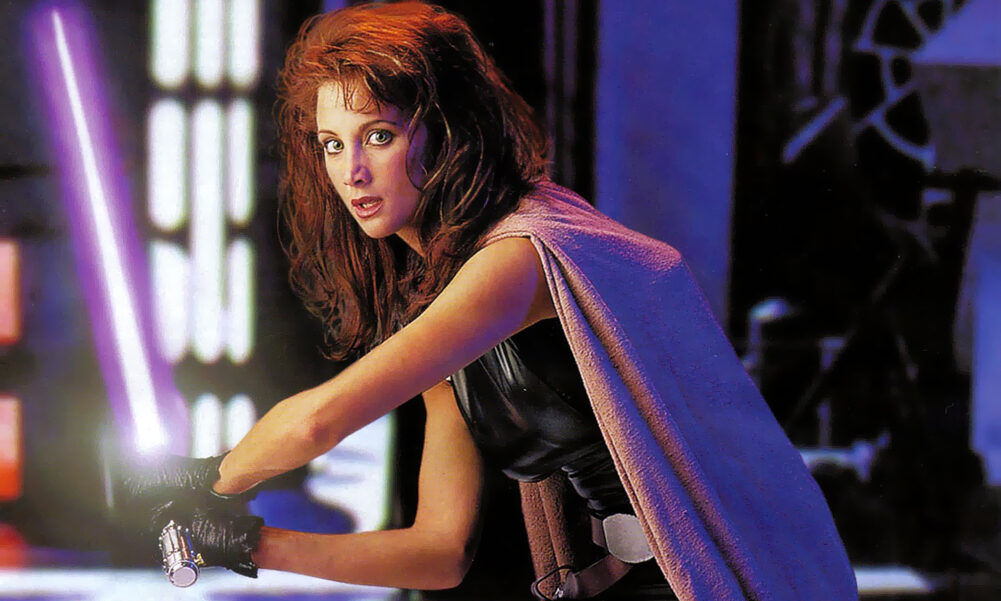 The Emperor’s Hands were Force-sensitive operatives trained by Emperor Palpatine himself to perform the most impossible and secret missions on his behalf. One of these Hands was Mara Jade, who was introduced in Star Wars: Heir to the Empire by Timothy Zahn. After Palpatine’s death, Mara Jade became a smuggler and struggled to reconnect with the Force. Eventually she found the Force again with the help of Luke Skywalker, who eventually became her husband. Going from one of the most complex characters in the galaxy to one of its greatest heroes, the well-trained Jedi Knight was tragically killed by her nephew Jacen Solo, who then took on the Sith mantle as Darth Caedus.

Even if Mara’s role as an Emperor’s Hand couldn’t be integrated into the new canon, Mara could easily be rewritten as one of Darth Vader’s Inquisitors. Mara’s story of moving on with her life and healing from her past is a genuinely interesting one. Preferably this time around, without death by a parricidal Sith wannabe?

Yeah, you thought that it was going to be Revan in this spot, didn’t you? Well, allow us to explain. Bastila Shan was a self-assured Jedi Padawan in the 2003 video game Star Wars: Knights of the Old Republic who focuses more on skills and abilities than combat. She wields a yellow double-bladed lightsaber and the Force power known as “battle meditation.” Unlike the battle meditation of most Jedi, Bastila could boost the morale of entire armies in battle.

Like Rey and Ben, Bastila and Revan shared an interesting romantic relationship through their Force bond. Thus, it’s hard to include one but not the other in any story. An Old Republic story that explored Revan through Bastila’s perspective would give the audience an interesting perspective on one of the galaxy’s greatest heroes-turned-villains-turned-heroes-again. As Rey and Kylo were a “dyad” in the Force, Bastila’s light and Revan’s darkness balance each other out, while also drawing out the light and dark sides within each other.

Better known by his dark side code name “Starkiller,” Galen Marek was the lead protagonist of the 2008 video game Star Wars: The Force Unleashed. During the rise of the Galactic Empire, Darth Vader trained a secret apprentice to help him someday overthrow Emperor Palpatine. However, “Starkiller” eventually turned to the light side of the Force and played an important role in creating the Alliance to Restore the Republic. So much so that the Rebel emblem is actually the Marek family crest.

Just as Kanan Jarrus and Ahsoka Tano demonstrated in Star Wars: Rebels, Jedi have been instrumental in the early days of the Rebellion before Luke Skywalker. While more Sith than Jedi, Galen foreshadowed Vader’s own redemption and helped give hope back to the galaxy in one of its darkest moments. Also, Galen’s return to canon would mean more Sam Witwer in Star Wars, which is always a major plus!

Jaina Solo is the (technically) firstborn child of Han Solo and Leia Organa. Jaina was a pilot in Rogue Squadron, a Jedi leader, and a cunning warrior. Jaina inherited her father’s insolence and her mother’s stubbornness. However, when the dysfunctional and distant Jaina was knighted by her uncle, Master Luke Skywalker, she was given the title the “Sword of the Jedi.” The title struck Jaina deeply, and both Luke and Jaina wondered what destiny the title might mean.

That destiny was revealed over a decade later when her twin brother, Jacen Solo, fell to the dark side and became Darth Caedus. With Luke still grieving for his wife Mara Jade Skywalker, the burden fell to Jaina to save the galaxy by killing Caedus. If that wasn’t an epic enough destiny for a Jedi, she eventually married an Imperial named Jagged Fel, became the first Empress of the reborn and more-benevolent Empire, and helped found a light-side-using order of Imperial Knights.

With the end of the Skywalker saga on the big screen, it’s highly unlikely we will ever see Jaina Solo in the new canon. Her connection to the Skywalker and Solo families is a huge part of her character, but there are so many other aspects to Jaina’s character that would be interesting to see play out on any screen.

May The Fourth Be With You

What do you think of our list? What character would you like to see restored to Star Wars canon? Let Geek Girl Authority know, and May the Fourth be with you today and every day!

Find me at:
Tyler Boyce
Tyler Boyce is a game designer, voice actor, and writer. This is his first year contributing to Geek Girl Authority