As a franchise, Star Trek has some pretty amazing first officers. It would be difficult to overstate Spock’s (Leonard Nimoy) cultural significance. And Will Riker (Jonathan Frakes), Chakotay (Robert Beltran) and Trip Tucker (Connor Trinneer) all served their captains well. Even Michael Burnham (Sonequa Martin-Green) was once first officer to Captain Phillipa Georgiou (Michelle Yeoh). All of these characters have compelling arcs and memorable personal traits. But we’re going to take the opportunity to delve into the history of Star Trek: Deep Space Nine’s Commander Kira Nerys (Nana Visitor) and what makes her the strong first officer many fans adore.

Beginning with Deep Space Nine’s two-part pilot, “Emissary,” the trait of Nerys’s that stands out the most is her anger. A Bajoran and former freedom fighter who spent years working to liberate her people from the Cardassians, Nerys knows a thing or two about rage. She doesn’t trust Starfleet and is not exactly thrilled about the role the Federation will be playing on the Deep Space Nine space station. She clashes with Commander Benjamin Sisko (Avery Brooks) from their first introduction.

RELATED: Patrick Stewart Is Reading a Shakespearean Sonnet for You Daily

In first two Star Trek series, Star Trek: The Original Series and Star Trek: The Next Generation, the Federation is nearly always seen as being in the right. There are moments here and there that hint at the Federation’s sometimes questionable judgement, like when Ro Laren (Michelle Forbes) is faced with the decision of joining the Maquis, or when Captain Picard (Patrick Stewart) disagrees with a particular order from an admiral. But those moments are relatively few and far between.

These days, with shows like Star Trek: Picard and Star Trek: Discovery, characters who challenge the Federation are not out of the ordinary. But DS9 was the first show to have series regulars questioning the motivations of the Federation. So, for fans who were watching the series when it premiered in 1993, a character like Nerys had the potential to be seen as unnecessarily confrontational. And indeed, in some of the more toxic fan circles, that is how she was and still is sometimes characterized.

But in reality, her righteous anger makes her a compelling character because it is based upon a deeply held set of values that drives her to fight for justice and fairness in every situation. It’s especially powerful that the decision was made to portray a female-identifying character in this way. Women’s rage is so often dismissed or criticized because, as we are all well aware, there is a social expectation that women will be “nice” and will want to please others. So, a character like Nerys can be inspiring in a very particular way. She’s a lead character who doesn’t play by societal rules that often dictate what supposedly makes a woman “likable” or “sympathetic.” Instead, her actions are based upon her own convictions, and that was especially noteworthy in the 1990s.

In terms of her capabilities as first officer, Nerys’ anger is precisely what Sisko needs. Sisko is someone who has risen through the ranks of the Federation and, as such, tends to see the world through that lens. Nerys provides a different perspective, and often challenges him to reexamine his beliefs. We see this dynamic from the very beginning.

In fact, Nerys’ sense of justice makes her someone Sisko can turn to when he’s feeling morally conflicted. Starting as early as season two’s “The Maquis Part I” and “The Maquis Part II,” if not earlier, we see how valuable her way of thinking is to him. In the two-parter, there is a question as to whether the Cardassians are honoring the terms of their arrangement with the Federation as it relates to Federation colonies along the border of the demilitarized zone. Rebels, who turn out to be Maquis, claim the Federation has abandoned them. In part two, Admiral Nechayev (Natalia Nogulich) toes the Federation line, calling the Maquis “a bunch of irresponsible hotheads.” But Sisko, by this point, is beginning to sympathize more with the Maquis and is frustrated by Nechayev’s dismissal of his concerns. When he explains this to Nerys, she responds by saying, “makes sense to me.” As a Bajoran, her experience with the Cardassians’ brutal oppression of her people gives her insight that Nechayev lacks. And her strong sense of justice serves to validate Sisko’s concerns about the Federation’s position regarding the Maquis.

But anger isn’t Nerys’ only defining characteristic. Her anger is driven by her deep sense of compassion. She sincerely feels for others, and we see this time and again. These are core characteristics that, like her anger, are demonstrated early in the series and continue throughout.

In season one’s “Progress,” for example, she demonstrates deep empathy and fondness for an elderly man who refuses to leave the Bajoran moon he lives on, despite the fact that it is about to be tapped as an energy source and will become uninhabitable. In season three’s “The Search Part I” and “The Search Part II,” when Odo (René Auberjonois) at last locates the home world of his people, Nerys, the only one to accompany him to the planet, is clearly deeply touched and happy for him (despite the later turn in events that leads him to return to DS9). The examples could go on and on.

And in her romantic relationships with Vedek Bareil (Philip Anglim) and Odo, she shows us that she has the capacity to be both strong and vulnerable. This helps her avoid the trope of the “strong female character” who isn’t afraid to fight but fails to demonstrate emotional depth and is therefore not fully fleshed out. The “strong female character” should be seen as a caricature or an archetype, not a representation of a real person. But Nerys’ willingness to open her heart to others means that she does not fall pretty to this trope.

Star Trek: Deep Space Nine’s Kira Nerys is an excellent first officer for a number of reasons. Her anger and self-assuredness mean she’s not afraid to speak her mind and offer her opinions to Sisko. Her non-Starfleet background gives her a perspective that’s different from his and is often what he needs most. Her compassion and emotional depth give her a sense of empathy that she brings to her role as commander.

Sarah Cooke
Sarah Cooke is a digital reporter for WTAP News, as well as a writer for Marvel.com. She has also written for DC Comics, Women Write About Comics, Fembot Magazine, Voice of Youth Advocates, Sequart Publishing, and more. Follow her on Instagram at @Sarah_L_Cooke. 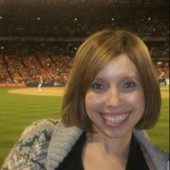 Sarah Cooke is a digital reporter for WTAP News, as well as a writer for Marvel.com. She has also written for DC Comics, Women Write About Comics, Fembot Magazine, Voice of Youth Advocates, Sequart Publishing, and more. Follow her on Instagram at @Sarah_L_Cooke.