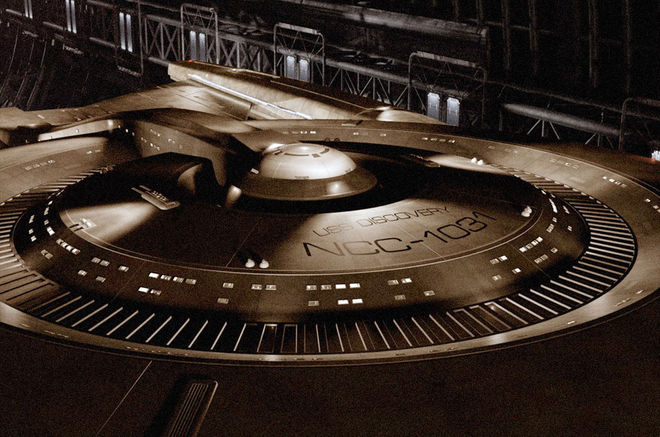 Star Trek: Discovery, originally planned for a January launch will now launch in May, all at the request of the creative team Deadline is reporting.  The new series will premiere on CBS primetime, then move over to their proprietary app, CBS All Access, for the remainder of the 13-episode run.

Bringing Star Trek back to television carries a responsibility and mission: to connect fans and newcomers alike to the series that has fed our imaginations since childhood, executive producers Alex Kurtzman and Bryan Fuller said in a statement. We aim to dream big and deliver, and that means making sure the demands of physical and post-production for a show that takes place entirely in space, and the need to meet an air date, don’t result in compromised quality. Before heading into production, we evaluated these realities with our partners at CBS and they agreed: Star Trek deserves the very best, and these extra few months will help us achieve a vision we can all be proud of.

So take this as good news, or take it as bad news.  Right now, with CBS choosing to air shows on their All Access app, I will choose to ignore it.  Until CBS changes their app, there is no way I will be able to watch the show.  Which is sad.  Right now All Access does not contain the entire CBS library, nor does it have a completely ad free option, they have a limited “promotion” option, and yet they are still charging close to what Hulu and Netflix charge for an inferior product.