Home » The Daily Bugle » SPOILER is in Thor: Ragnarok and It Could Be a Major Plot Point!

SPOILER is in Thor: Ragnarok and It Could Be a Major Plot Point!

Thor: Ragnarok is still in production down in Australia and their are plenty of photographers around snapping pictures of the activity. Sometimes it’s harmless fun, like with the pics we saw yesterday, but then other times, once every so often, you get a pretty big piece of information. Case in point: this information.

This is a pretty big spoiler, so you may not want to read on if you’re sensitive to that.

Remember at the end of Thor: Dark World how it was revealed that Loki (Tom Hiddleston), who was assumed dead, was actually in disguise as Odin (Sir Anthony Hopkins) and controlling Asgard? This begged the question of what had happened to Odin. Was he dead? Alive? In prison? Banished to some other realm? Well, a new picture might just reveal what happened. 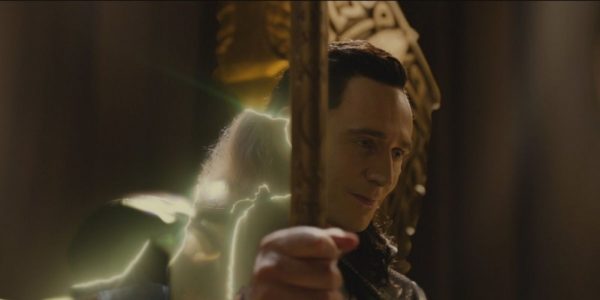 Photographer Glenn Hunt posted this picture on his Twitter that shows Sir Anthony Hopkins on set in Australia. However, his costume is a little less kingly than we might expect.

It seems that Loki banished his father, King Odin, to Earth to live life as a crazy homeless man. Whether he knows he’s Odin or remembers what happened or has forgotten everything we can’t tell from this picture. Really, the only thing we know from this is that Sir Hopkins knows he’s being photographed and is having fun with the photographer.

In some of the original rumors about Thor: Ragnarok, we were told that a part of the plot revolved around Thor and Hulk (Mark Ruffalo) escaping the gladiatorial planet to chase down a MacGuffin of great power that will ultimately help in the final fight to take down Loki and Hela (Cate Blanchett) It is entirely possible that Odin is that object of great power and, when Thor learns of Odin’s current predicament, the Odinson takes off to find his All-Father.