{SPOILER} Has Confirmed His Return to WESTWORLD in Season 2

WARNING:  This post contains a small amount of spoilers and a little bit of fan theory, so if you don’t want to know, wait till you watch!

I don’t know about you, but I’m loving Westworld right now.  I could do without a little of the mushy stuff, but the rest of the show is amazing and beggars can’t be choosers.  Yes, there’s a lot of complaining about how much we’re left hanging every week.  A few people I’ve talked to have drawn parallels to Lost and it’s lack of direction.  Not me.  I like it.

Well, like it or not, The Mary Sue found an interview on BBC Radio 4 wherein Ed Harris spilled the beans that he’ll be back for season 2. 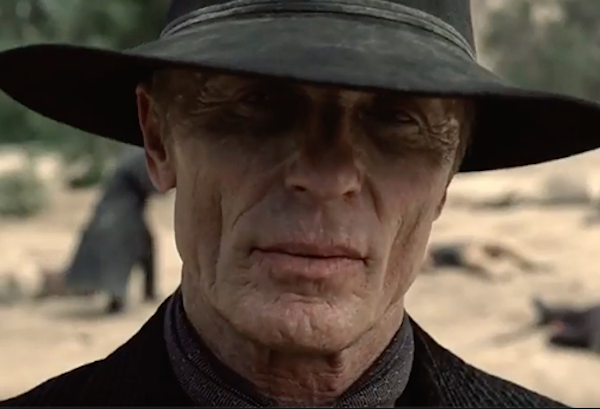 This is exciting.  Not only because Harris is a powerhouse actor and a dynamic presence in the show, but because it might tell us a bit about his character.  If you’re like me, you might have pondered the possibility that Harris’ character could meet his demise at the end of this season.  After all, he’s a real bad guy… at least when he’s ‘on vacation’.  That may not be so.  Or maybe it will be.

Part of what I love about the series is the cylon-esque tension.  Who is a host?  Who isn’t?  The rules of hosts are changing!  Could it be that the man in black is searching for the map because he is looking for his beginning?  Delores is after the map for that reason.

I think it’s a sound theory.

We’ll have to wait and watch.  Either way, Harris coming back is only good news for the show and for it’s fans.