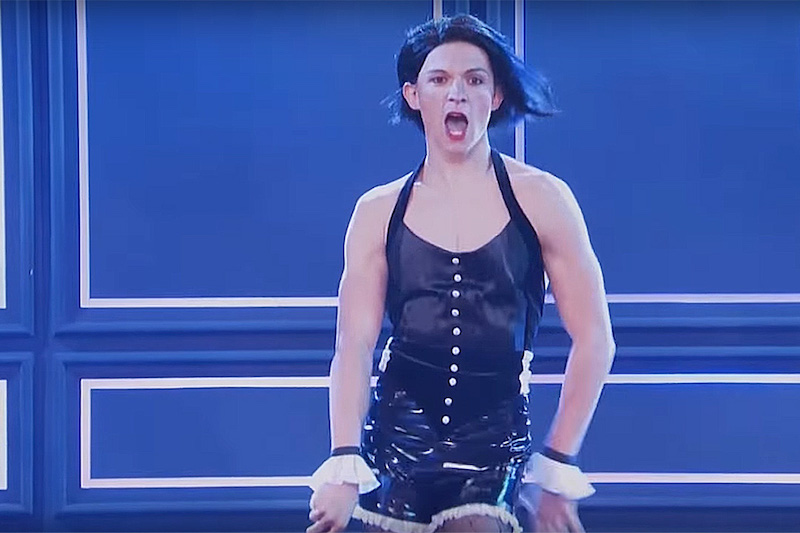 In the most recent Lip Sync Battle, Spider-Man: Homecoming’s Tom Holland and Zendaya, face off. This episode preceded the MTV Movie Awards, so you knew it was going to be epic!

RELATED: Take a Look at the First SPIDER-MAN: HOMECOMING Teaser

Tom Holland’s performance is so impressive, first channeling a bit of Gene Kelly with a ‘Singing In The Rain’ opening, then goes right into an electrifying performance channeling Rihanna in his rendition of ‘Umbrella.’ This was a great reminder that Peter Parker got his start as Billy Elliot, playing the title character in The West End production from 2008-2010. Kid can dance and kid is sexy AF in a latex corset.

Holland as Hedwig, am I right?

Not to be outdone, please enjoy Zendaya’s ‘Tyrone’:

Spider-Man: Homecoming will be in theater’s July 7, 2017. Until then, may we all get lost in Tom Holland’s dancing snapchat videos.