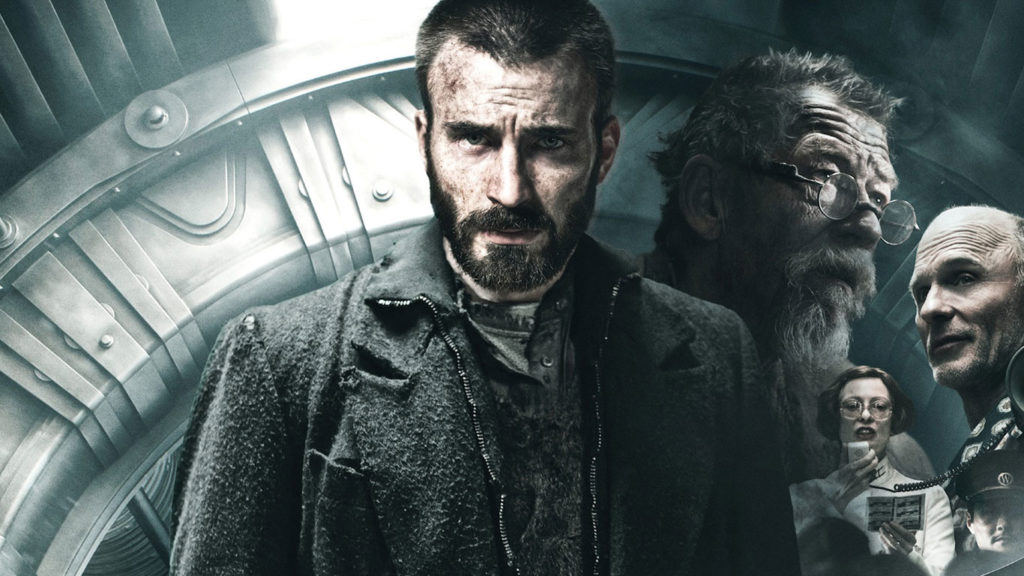 Snowpiercer, the post apocalyptic movie set in a frozen wasteland where all known humans exist on a constantly moving train, has been given a pilot order by TNT, Deadline reports.

In 2014, in an attempt to combat climate change, a global climate experiment goes horribly wrong plunging the world into a new ice age.  All life on earth is gone except for those souls aboard a massive train powered by a perpetual motion engine that circumnavigates the globe once a year.  The upper class elites inhabit the front of the train while the the not so elite are banished to the very back of the train.  The movie tackles themes of climatology, social injustice, propoganda, class warfare, and survival.

The movie, starring Chris Evans, Tilda Swinton, Song Sang-ho, Ed Harris, Jamie Bell, John Hurt, and Octavia Spencer, got a limited theatrical release in 2013 and VOD release just a couple weeks later.  The first feature by acclaimed Korean director Bong Joon-ho to be shot mostly in English, the film was critically well received, but did poor at the box office due to a very limited U.S. release.  Basically, it was not given a fair chance thanks to a battle between the filmmaker and the domestic distributers, The Weinstein Company.  The Weinstein Company wanted to edit the movie stating that American audiences wouldn’t understand the subject matter but Bong Joon-ho was adamant the movie not be altered.  Hence the limited release and almost straight to VOD.

If you haven’t checked out the movie, I highly recommend it.  The cast is spectacular and the movie could easily go down as a classic in science fiction fare.  In case you still aren’t convinced, it’s certified 95% fresh on Rotten Tomatoes which, as we all know, is no small feat.  You can stream it through iTunes, Amazon, and Vudu.  I mean, you have to pay for it, unfortunately it’s not streaming anywhere for free right now.  But it’s more than worth the money.

“Snowpiercer has one of the most original concepts to hit the screen in the last decade, and it’s one that offers numerous opportunities for deeper exploration in a series format,” said Sarah Aubrey, EVP Original Programming at TNT.