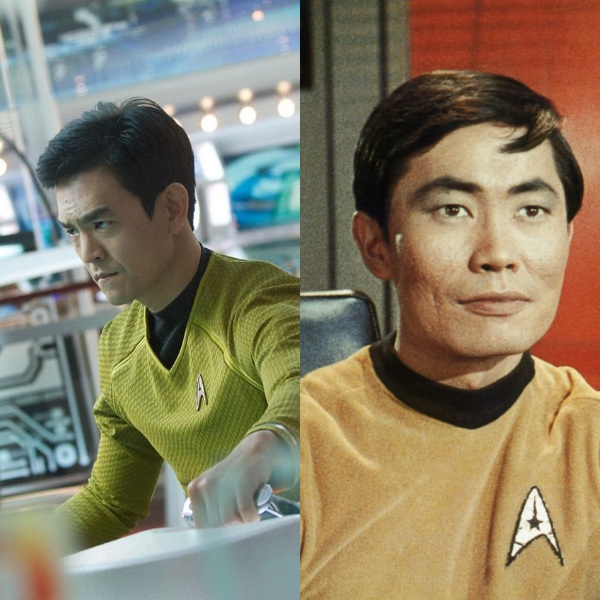 Last week when John Cho stated in an interview that Sulu had a husband and daughter in the upcoming film Star Trek Beyond, the reception of the idea was mixed. Cho and STB co-writer and co-star Simon Pegg said the character of Sulu was chosen for this idea as an homage to gay rights activist and the original Hikaru Sulu, George Takei. Then, the very next day, it was learned that George Takei did not give his blessing to this character change before the film even started shooting. He felt it was a twisting of Roddenberry’s vision. In fact, Takei was surprised that they went ahead with the plan and called it “unfortunate.”

Next, (bear with me here), Simon Pegg reacted by saying he “respectfully disagrees” with Takei. Pegg said, “He’s right, it is unfortunate, it’s unfortunate that the screen version of the most inclusive, tolerant universe in science fiction hasn’t featured an LGBT character until now.”

The fans that were not on board with this decision sited many reasons.  Most having to do with the Prime Universe (The Original Series, The Next Generation, Deep Space Nine, Voyager, Enterprise and all the films before Star Trek 2009) and the new Kelvin Timeline which split from the Prime Universe with the events of the film Star Trek 2009. If Sulu wasn’t gay in the Prime Universe, (which, honestly, we don’t know – but Takei says he wasn’t), why would he be gay in the Kelvin Timeline because he was born in the PU before he went into the KT. (Oh God! We’re getting into alternate reality theories now and my eyelid is already twitching with tension!)

Also, fans not happy with the decision have called it a publicity stunt. Although Cho said Sulu being gay in the film isn’t heavy handed, “I liked the approach, which was not to make a big thing out it. Which is where I hope we are going as a species, to not politicize one’s personal orientations.”  I have to say, I like that idea. One of the wonderful aspects of Science Fiction and more specifically Star Trek, is the portrayal of a diverse humanity without screaming from the mountaintop, “Look at us, look at us!” Let’s not forget IDIC, the Vulcan philosophy of Infinite Diversity in Infinite Combinations.” The television show Caprica did a wonderful job with this subject. Adama’s brother was gay. How did we know? Because we saw him with his husband – there was not a spotlight, it just was. But I’m digressing and going into a different universe now. Apologies.

RELATED: What We Learned from the New STAR TREK BEYOND Trailer

Another point made by unhappy fans, is why make Sulu gay now? Why not introduce a new character that is gay. To this Pegg said, “We could have introduced a new gay character, but he or she would have been primarily defined by their sexuality, seen as the ‘gay character’, rather than simply for who they are, and isn’t that tokenism?”

Okay, so where is this going. I guess Pegg had the weekend to think about it even more and he penned, what I think, is a sound explanation to why they went ahead with their decision to make Sulu a gay character. He posted his piece titled “A Word About Canon” on his official blog page, Peggster. 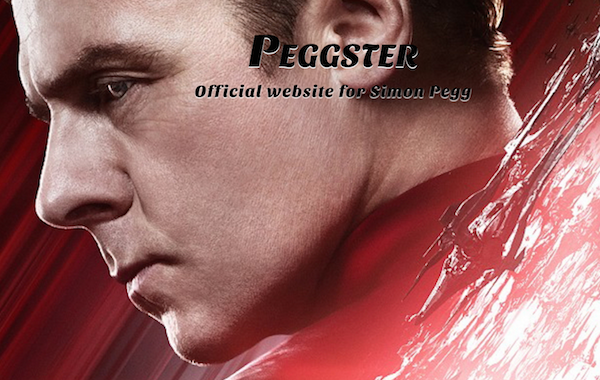 It is a positive post and a smart post peppered with Pegg’s humor. He acknowledged that Takei wasn’t happy with the idea and explained why they went ahead anyway. “The thinking behind embracing an existing character was that it felt as though it retroactively put right something that had long been wrong. By the time, we mentioned it to GT, the idea had taken shape, it felt good, interesting and worthy of thought and conversation. We were disappointed that George didn’t see it that way but, truth be told, Sulu Prime seemed to be missing a very important point. With galaxies of respect to the great man, this is not his Sulu. John Cho does not play a young George Takei, nor does he play the same character George Takei played in the original series. He is a different Sulu.”

In response to the criticism that got the most traction, that being the Sulu was never gay in the Prime Universe, Pegg wrote about Star Trek Canon. “With the Kelvin timeline, we are not entirely beholden to existing canon, this is an alternate reality and, as such is full of new and alternate possibilities. “BUT WAIT!” I hear you brilliant and beautiful super Trekkies cry, “Canon tells us, Hikaru Sulu was born before the Kelvin incident, so how could his fundamental humanity be altered? Well, the explanation comes down to something very Star Treky; theoretical, quantum physics and the less than simple fact that time is not linear. Sure, we experience time as a contiguous series of cascading events but perception and reality aren’t always the same thing. Spock’s incursion from the Prime Universe created a multidimensional reality shift. The rift in space/time created an entirely new reality in all directions, top to bottom, from the Big Bang to the end of everything. As such this reality was, is and always will be subtly different from the Prime Universe. I don’t believe for one second that Gene Roddenberry wouldn’t have loved the idea of an alternate reality (Mirror, Mirror anyone?). This means, and this is absolutely key, the Kelvin universe can evolve and change in ways that don’t necessarily have to follow the Prime Universe at any point in history, before or after the events of Star Trek ‘09, it can mutate and subvert, it is a playground for the new and the progressive and I know in my heart, that Gene Roddenberry would be proud of us for keeping his ideals alive. Infinite diversity in infinite combinations, this was his dream, that is our dream, it should be everybody’s.”

In response to why they didn’t introduce a new gay character, Pegg wrote, “Introducing a new gay character had its own set of problems, as I mentioned before, the sexuality of that character would have to be addressed immediately and pointedly and the new characters in Star Trek Beyond have enough on their plate, without stopping to give us the intimate details of their personal lives.”

So there you go. I, myself, am totally game for this new film and this new direction. I love, love, love the Prime Universe and that will always be. As far as The Kelvin Timeline, I am in the midst of falling in love with it and I appreciate how Simon Pegg sums it up beautifully in his last paragraph:

“Ultimately, if we love Star Trek, we are all on the same page, we all want Gene’s idea of a tolerant inclusive, diplomatic and loving Universe to become a reality. For those who have joined this debate in the spirit of discussion and forward momentum, it’s been a pleasure to see your reactions. For those who have seen it has an opportunity to sling abuse, or be rude and presumptuous, please take a long hard look in the mirror and remember we are discussing the personal details of a fictional spaceman. In the words of Martin Blank, who are you mad at? Because it’s not me.”

For Pegg’s entire post, visit his website, here. It ‘s a great read whether you’re on board with this Sulu development or not.