Home » The Daily Bugle » It’s Not a Game Anymore: SHERLOCK Gets a New Short but Ominous Teaser

It’s Not a Game Anymore: SHERLOCK Gets a New Short but Ominous Teaser 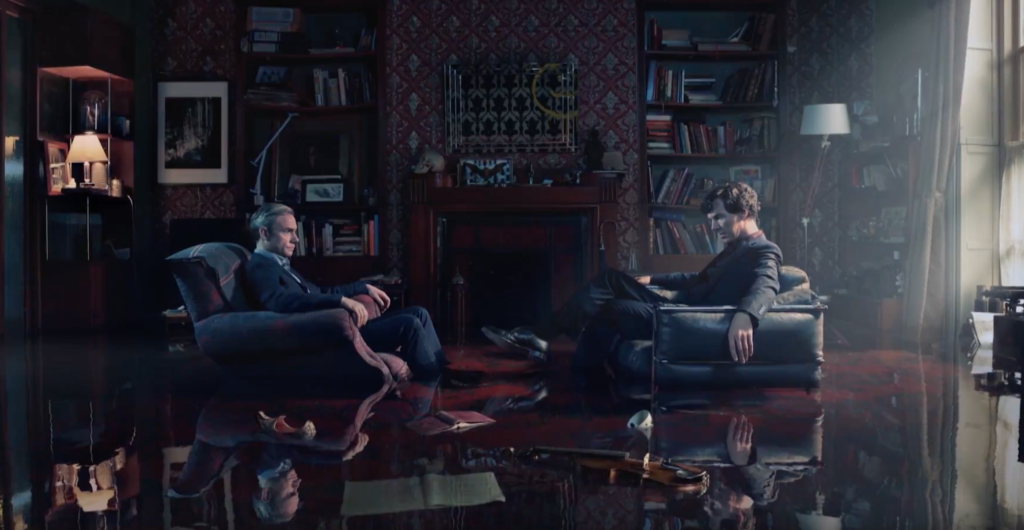 Released not too long ago through all official social media platforms, the below teaser shows Sherlock and Watson sitting in armchairs, facing each other, resting in about a foot of water.  At first glance, the water looks to be blood but, upon closer inspection, it’s just the color of the room and rug making it look red.  However, the scene, much less the title of the teaser, does not instill one with warm and fuzzy feelings.  Does this mean our heroes are in more trouble than normal?  Is their a new rift between them?

Sherlock loves to tease and play with its audience, just look at The Abominable Bride from 2015.  They had us all believing it wasn’t going to be part of the modern day timeline or continuity, it was supposed to be a one shot, a throw back.  Of course that was summarily disproven  as the episode continued to unfold.  Let’s not forget The Reichenbach Fall and the subsequent series premiere of The Empty Hearse.  We never did get an explanation as to how Sherlock survived, just lots of speculation and theory.

So take this small teaser and wildly speculate all you want.  We won’t get any answers until the season airs, and maybe not even then.

Sherlock returns with The Six Thatchers on January 1, 2017.  Check your local listings for times and stations.