Netflix has had a presence at San Diego Comic Con for a few years now representing their multiple Marvel series. This year, on the series side of Netflix, The Defenders and Stranger Things will be gracing the famed Hall H. However, 2017 is the first year where Netflix Original Films made a showing and they were able to get Hall H for this panel as well.

One of the films represented at the Thursday panel was the modern urban fantasy film, Bright. Attending the panel were director David Ayer and actors Will Smith, Joel Edgerton, Noomi Repace, Edgar Ramirez and Lucy Fry.

I’ll say this first: I’ll be damned if Will Smith isn’t the most gracious, lovable and kind actors out there. Hall H went insane with his introduction and Smith, with his trademark smile and wit, returned all the love tenfold.

Bright is set in an alternate present-day where humans, orcs, elves and fairies have been coexisting since the beginning of time, this action-thriller directed by David Ayer (Suicide Squad, End of Watch, writer of Training Day) follows two cops from very different backgrounds. Ward, a human (Will Smith), and Jakoby, an orc (Joel Edgerton), embark on a routine night patrol that will alter the future of their world as they know it. Battling both their own personal differences as well as an onslaught of enemies, they must work together to protect a young female elf and a thought-to-be-forgotten relic, which in the wrong hands could destroy everything. 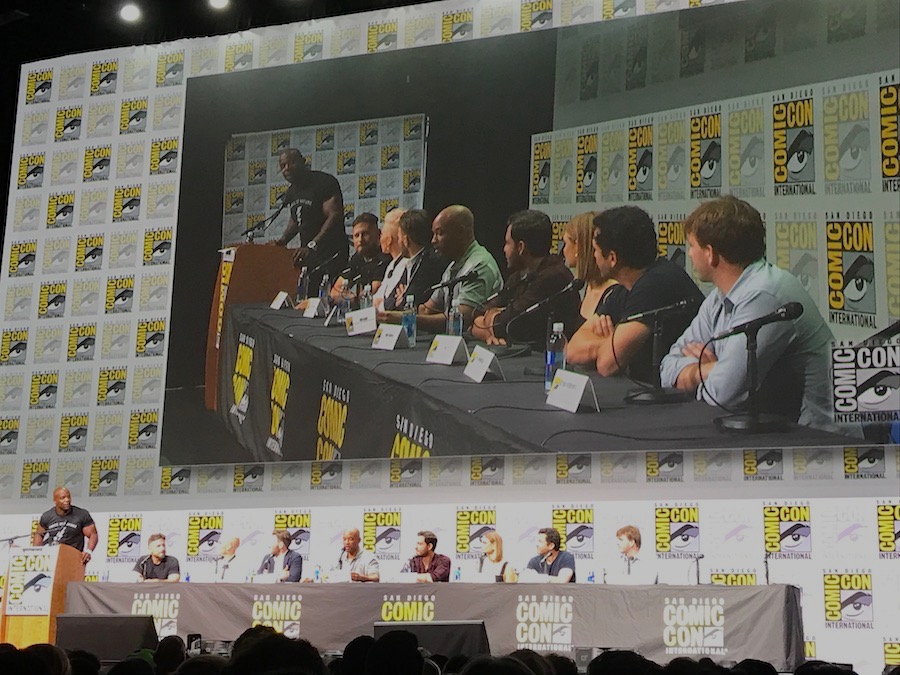 The trailer for Bright was intriguing. It was a stunning world and it was a violent world. The make-up for the orcs and elves is wonderfully creative and the caste-like roles that the elves, humans and orc play were well defined. The Elves are on top, orcs at the bottom and humans in the middle of the social pecking order. The story is also an exciting one. Will Smith plays an L.A.P.D cop who is assigned an orc, Joel Edgerton, as a partner. Conflicts ensue as find themselves protecting young bright, which is an elf that can wield magic (Lucy Fry was amazing in the trailer as Tikka).

Here are some highlights from the panel.