Our second official image of Shazam! has arrived and it is adorable. EW released the image just a few days before SDCC and it leaves us wondering – will we be seeing a trailer? But first, let’s talk about the cute friendship happening here.

Freddy Freeman (Jack Dylan Grazer) is in awe of Billy Batson’s (Asher Angel) superhero form (Zachary Levi). The young friends are really stoked about Billy’s newfound power and very fun suit. So much so that his hand on the lightning bolt logo makes it glow! Why is it doing that? We’re actually unsure. The suit has been known to do different things. But the boys really seem to enjoy it. And who wouldn’t? He gets to be a cool superhero with powers given to him by a wizard (Djimon Hounsou)!

RELATED: Check Out the First Official Photo from DC’s SHAZAM!

EW even released a smal synopsis of the film, reminding us about how this story is truly about self-discovery and friendship. “Billy is assigned to a new foster home where he befriends comic book superfan Freddy. One day, Billy’s subway ride is interrupted by a mysterious Wizard, who’s been searching for ages to find the right successor to inherit his powers. He reveals the teen’s been selected to gain an assortment of abilities, and all it takes is for Billy to say “SHAZAM!””

I can’t wait to see how much antics these boys will get into together. I don’t know if I’d feel happy or jealous that my friend was able to turn into a superhero. Though if they had to fight Black Adam, I think I might be happy to not have powers. But I do have a gut feeling they’re gonna pull on the heartstrings with their friendship. Even if it’s been quoted to be a fun film, they’re gonna make me cry!

Check out the image below and let us know what you think! Be sure to come back to Geek Girl Authority for all the upcoming fun from SDCC 2018. This film is directed by David F. Sandberg and stars Zachary Levi, Asher Angel, Jack Dyland Grazer, Djmon Hounsou, and Mark Strong. Shazam! strikes in theaters April 5, 2019. 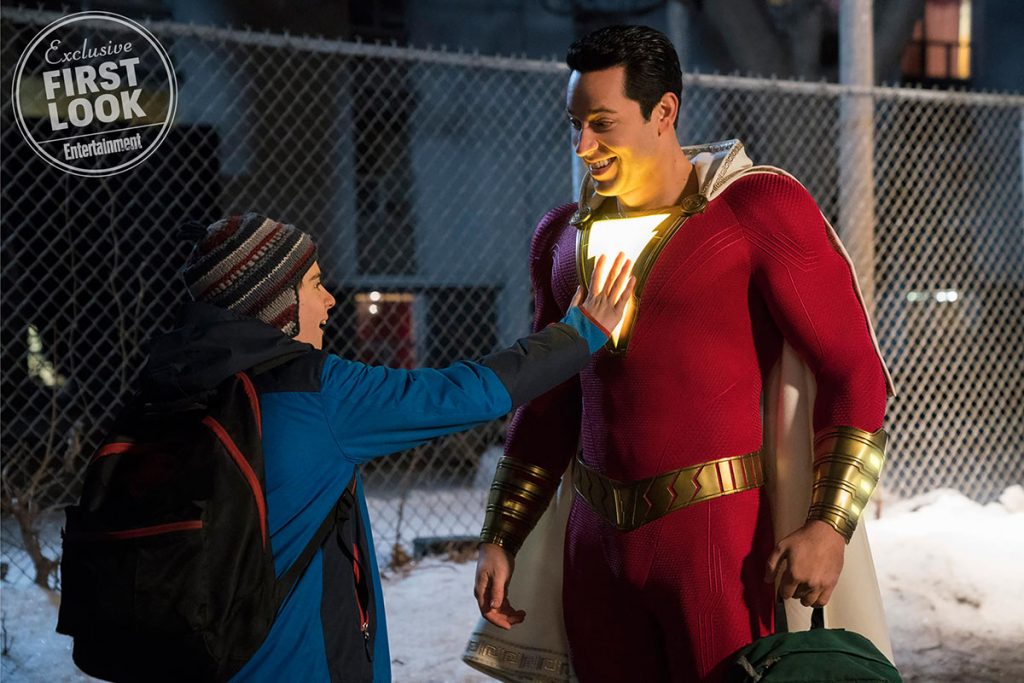