The Flash panel did not make the SDCC fans wait long for the Season 4 trailer.  The great thing about the trailer, is that Iris West is doing the voice over!

“My name is Iris West. And I was supposed to marry the fastest man alive.”

The trailer was intense.  Iris does the voice over as we see scenes of Barry and Iris from Season 3.  Barry leaves and Iris seems okay.  Cisco and Iris miss Barry a lot.  Iris says she is being strong for Barry.  Caitlin returns to Star Labs.  Iris is leading the team as new villains emerge.  A guy in a samurai faces off against Cisco and Kid Flash.  He demands that they bring him The Flash.  Cisco and Caitlin create a gun that could bring Barry back to Central City.   The final scenes are of The Flash running through what looks like a subway station…in a new suit! 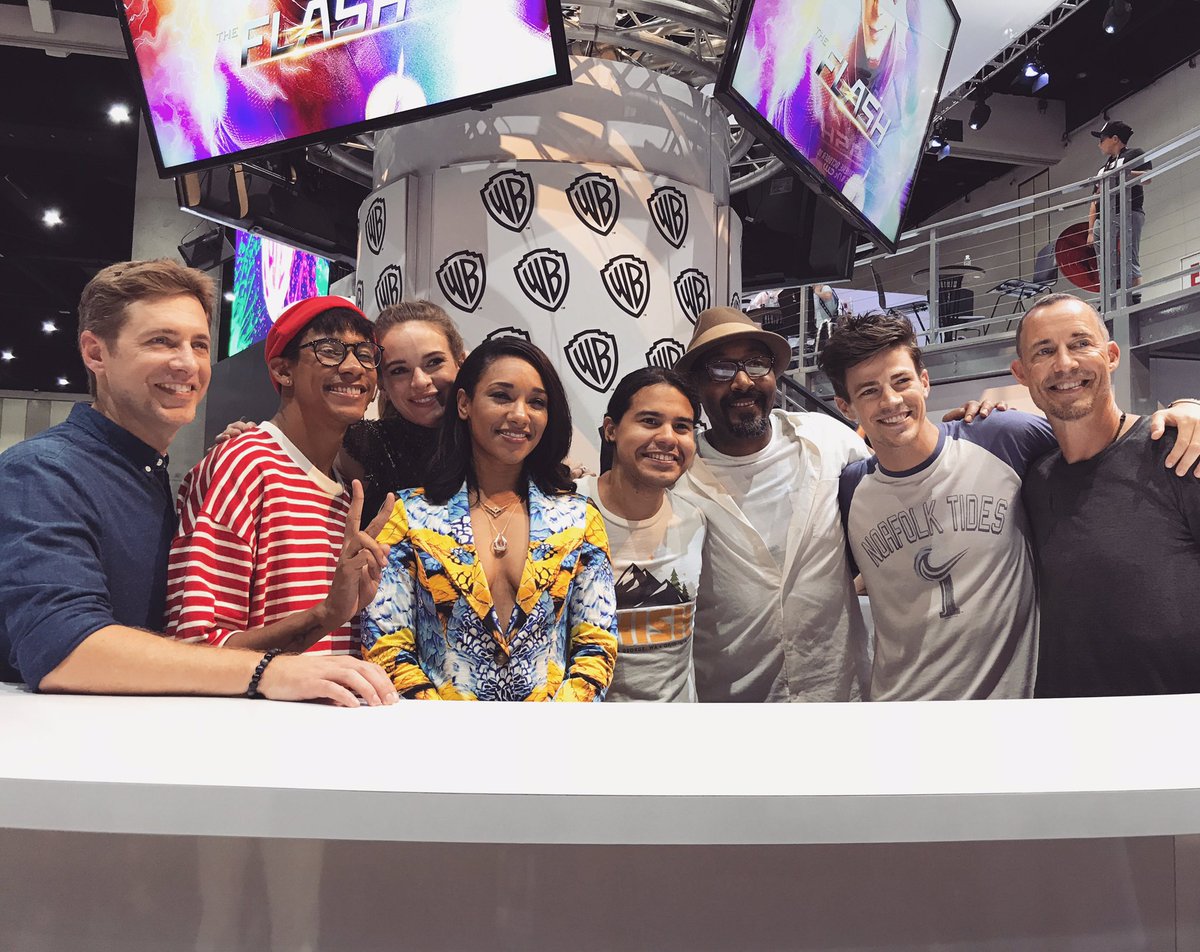 Season 3 ended on a sad note as Barry Allen sacrificed himself to the Speed Force.  He has messed a lot of things up when he created Flashpoint.  It was his way of atoning for his mistakes.

CATCH UP ON SEASON THREE OF THE FLASH 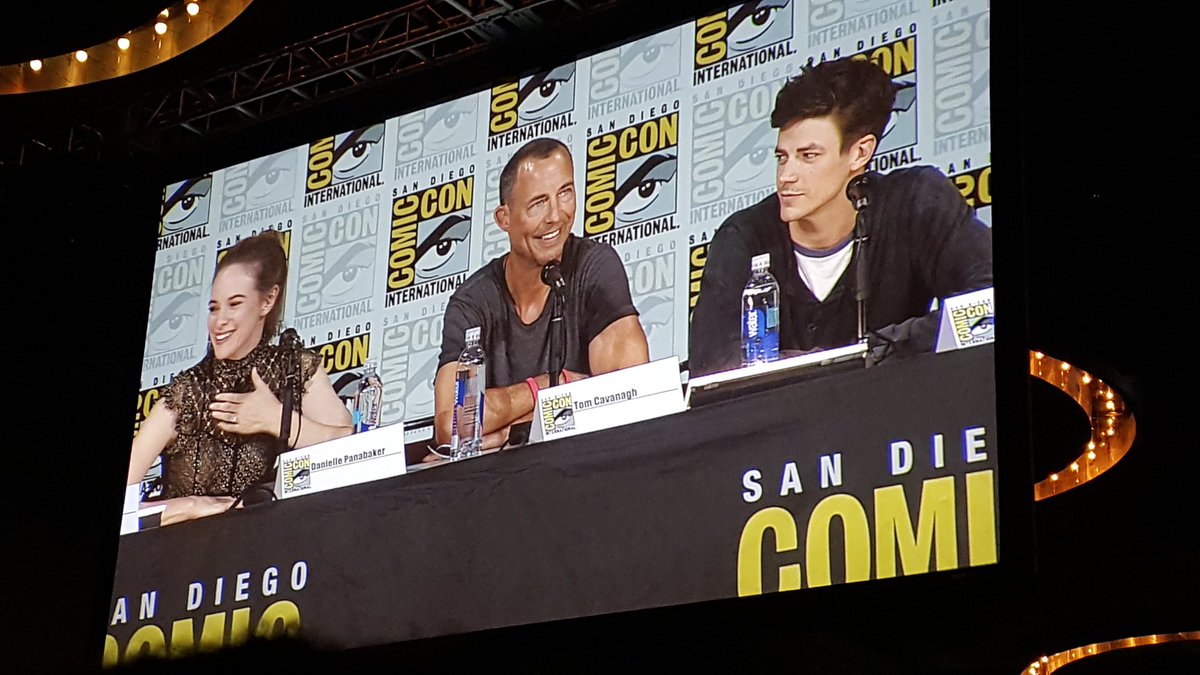 Danielle Panabaker, Tom Cavanagh, and Grant Gustin from The Flash at SDCC. Photo courtesy of Agents of Geek Pod

The latest version of Harrison Well, HR also made a huge sacrifice to save Iris West.  There will be more versions of Harrison Wells in Season 4.  Cavanagh mentioned that he gets to pitch the different variations of his character. The cast and fans praised Cavanagh saying the possibilities are endless when it comes to the characters that he can play.

Gustin admits to reveling to Patton that Iris lives.  The cast tells everyone to never tell Grant a secret.Iris has to step up and lead Team Flash. This makes me happy. Iris needed a better role other than Barry’s cheerleader.  Iris could be such a strong character. Now we may get to see that.

Panabaker is good a keeping secrets though, especially about Caitlin/Killer Frost. Panabaker would not say if she will be Caitlin or Killer Frost. She could come back as a variation of both.  Or she could be someone completely different.  She didn’t have the signature white hair in the trailer, so who knows?

Lonsdale is dressed as the character Where’s Wally.  I didn’t know he was British!  Lonsdale says Wally will be more confident and less cocky this season. Wally is going to be a huge support for Iris in the beginning.

New cast will include Gypsy’s father Breacher, played by non other than Danny Trejo!!  That should be a fun episode for Valdes.  Valdes stated that Jessica Camacho was great to work with.  I’m glad we are going to see more of her.

For the first time, the villain is not a speedster this season.  The season 4 villain will be the Thinker played by Neil Sandilands and his female companion the Mechanic played by Kim Engelbrecht.  The Thinker is an inventor that has mind control abilities and telekinetic powers.  He will be a formidable opponent for Team Flash

There will be crossovers. Details are being kept under wraps. The fans would like another musical.  Everyone praised Martin for his singing ability.  He says Victor Garber was better.

At the end of the panel the fans stormed the stage.  I’ve never know them to do that!

The Flash will return to CW on October 10.  Check out the Season 4 Trailer for The Flash!