At the SDCC panel for Marvel, a lot was going on. And one of those things was a brand new Thor: Ragnarok trailer! The third stand-alone film is set to release in November and with Taika Waititi at the helm, it’s already promising to be a huge departure from the previous Thor films.

In the trailer we get a much better look at Sakaar, the planet at the ends of the galaxy where beings get stranded. There they hold the “contest of champions” that we’ve seen Thor and Hulk fighting in against each other. Bruce Banner is apparently unaware of where he’s been since he seems to have been living as Hulk for his time there.

Hela has invaded Asgard and is soon to bring upon Ragnarok, the end of the world. Thor decides he needs a team to stop it from happening. Hulk is in, of course, with a nice new haircut. Valkyrie seems back to her glory in an all white outfits, kicking major ass. And surpriiiiise – Loki! They find him chained up on Sakaar, for what reason, we don’t know. But the 4 get together to try to end Hela’s wrath. And can we mention FENRIR?! SURTUR?! Epic.

It’s a great trailer, with the typical Marvel charm. The colors are the biggest standout, such a diverse and crazy color pallet. The humor is, of course, there and prominent. I mean, Hulk is finally talking and not yelling! Check out the trailer below and see for yourself! Bonus: a new poster for the film came out! Check that out below as well.

Be sure to stay tuned to Geek Girl Authority for more Thor: Ragnarok and SDCC news!

Imprisoned on the other side of the universe, the mighty Thor (Chris Hemsworth) finds himself in a deadly gladiatorial contest that pits him against the Hulk (Mark Ruffalo), his former ally and fellow Avenger. Thor’s quest for survival leads him in a race against time to prevent the all-powerful Hela (Cate Blanchett) from destroying his home world and the Asgardian civilization. 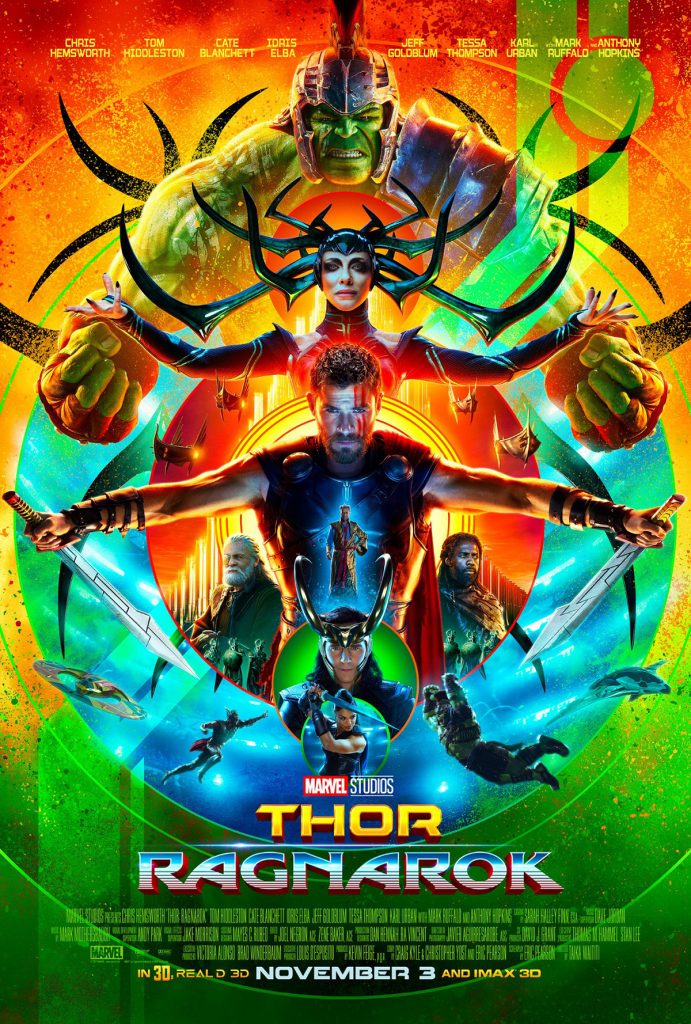