Home » Stuff We Like » SDCC 2017: LEGENDS OF TOMORROW Gets a New Team Member and Encounters Old Foes in Season 3

SDCC 2017: LEGENDS OF TOMORROW Gets a New Team Member and Encounters Old Foes in Season 3

Legends of Tomorrow returns to SDCC with some new cast mates, a trailer, and a few spoilers for Season 3

The panel started with a trailer for season 3. There is no time jump. The Legends will start right where they left off in season two…dealing with dinosaurs.  Lots of fighting, and Rip Hunter has a secret about a great evil that is coming. Kuasa from the Vixen series.   Garber will be reunited with Titanic co-star Billy Zane who will play P. T. Barnum of Barnum & Bailey Circus. 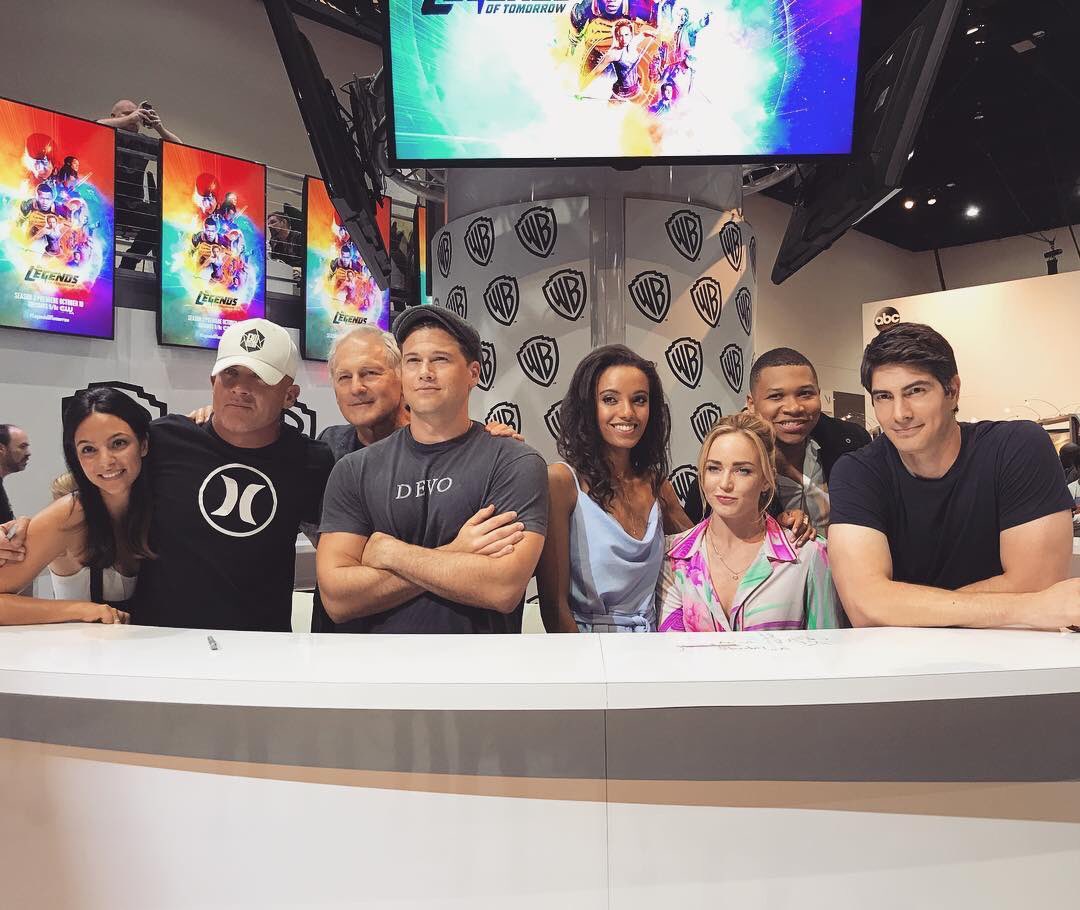 The Legends will face villains from other DCTV shows and some non-human foes.  A new version of Damien Darhk played by Neil McDonough will be one of those villains.  Wentworth Miller will also return as Captain Cold Leonard Snart. Producers say this is not the same Snart that Mick knows best.

Arthur Darvill’s Rip Hunter will become a recurring character. Which is interesting since he is the one who put the team together.

New to the Legends team, Ashe describes her character Zari as a hacker from the future.  She speaks her mind and has seen the fallout of 2017. She will butt heads with Routh’s Ray Palmer.  Klemmer adds that Zari will challenge the team and their purpose.

Garber and Drameh portray the Legend Firestorm.  Drameh and Garber talk about their dynamics.  Garber says that Drameh helps him relax.  He’s a teacher to Garber like Jackson is a teacher to Stein.

Klemmer says they had a little fun in one episode where the two get to impersonate each other.  It’s kind of a Freaky Friday sort of thing. The character name is “Firestein.”

Routh will get to play his own brother Sydney this season.  No details on when or how his brother will enter the story.  Fans will get to see Ray as a child when the team travels to the 80s.  The team will also get to meet Ray’s mom.

The question came up of a possible crossover with Constantine.  A fan asked if Matt Ryan would return to the Arrowverse.  The crew answered that they had a good conversation with Ryan.  Ummm..Okay.

Watch the season 3 trailer below!